Heavy Rain puts you in the shoes of four separate characters.  Their paths will intertwine at various points in the game, and each one of them with similar motivations for finding the Origami Killer.  The choices you make in the game will affect their fate, and the fate of other characters in the game. 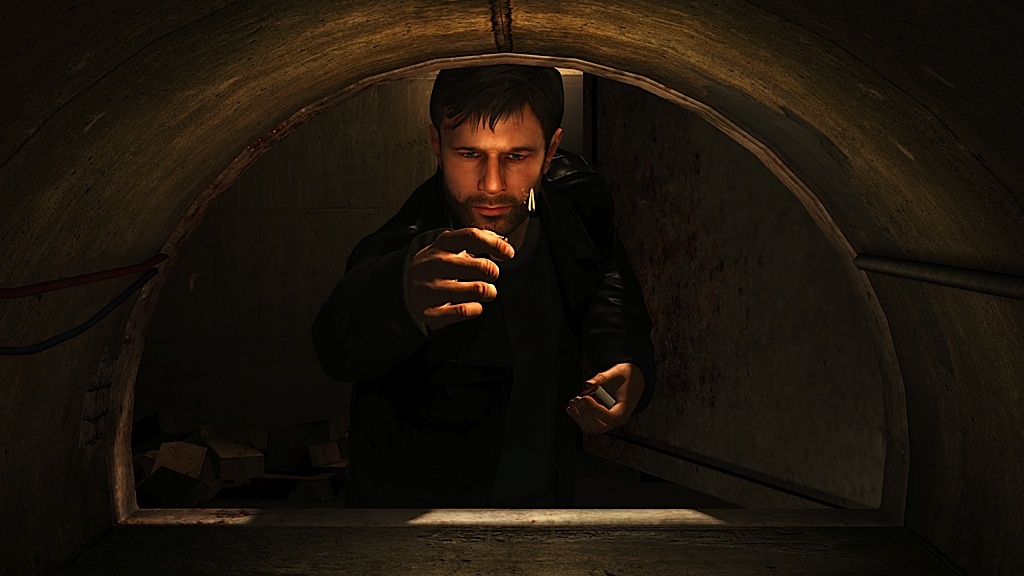 Ethan Mars has it all.  A great job, a family that idolizes him, a nice house in a ritzy neighbourhood.  That is until one fateful day at the mall–after the death of his son Jason, his life takes a pretty dramatic turn for the worse.  You can judge for yourself just by looking at the tutorial levels, and then the actual levels of the game.  Brighter colours for brighter times, indeed.  Not only does Ethan have to deal with the trauma of losing his son, he also needs to deal with the constant guilt-trip that he’s put himself on, a nasty separation from his wife, and the increasing rift between him and his youngest son, Shaun.  Oh, he also has to manage a rather inconvenient dissociative disorder as well.  When Shaun Mars disappears, it’s Ethan’s worst nightmare all over again.  He’s already lost one son, can he really handle losing another?

An investigative journalist working on the Origami Killer Case, Madison suffers from a few problems of her own.  She’s perpetually plagued by sleepless nights, so much so that it causes her to seek refuge in a local motel.  Despite her insomnia, she’s still determined to find out who the killer is and save Shaun Mars’ life.  This is the story of her career–she’ll do anything to find him, even if it means putting her life in serious danger.

Jayden has been sent in from Washington to assist the local police department in the case.  However his methodical approach to apprehending the killer is not seen as the most efficient by the local PD.  Nor are his high-tech specs, which allow him to analyze every piece of the crime scene as if it were being run through his own super-efficient crime lab.  Alas not all is well in DC–Jayden suffers from a crippling addiction that he’ll need to get a handle on if he ever wants to track down the Origami Killer.

A private detective hired by the victim’s families and an ex-lieutenant with the local police force.  Shelby tracks down the remaining victims’ families in an effort to scrounge up evidence that may have been left behind by the killer, but not turned over for the police.  His investigation is unfortunately stalled by people with long-reaching influence, who insist that his interests lie elsewhere.

In addition to the four main characters of Heavy Rain, the game relies on the presence of a hefty amount of secondary characters.  You don’t generally get to play as these characters (except for one), but RoH figured we’d cover them anyway.  The characters listed here are characters in the game that play more than bit parts–minimal spoilers.

Ethan’s two adorable little kids.  Jason’s appearance in the game is relatively brief, a fact that has not gone unnoticed by anyone in the Mars family.  We don’t get to learn a whole lot about Shaun Mars either before he’s taken out of the picture as well.  There’s some bonding time between Ethan and Shaun at the beginning of the game, but Ethan himself mentions that Shaun can’t wait to go and see his mother again.  Gee, wonder why? 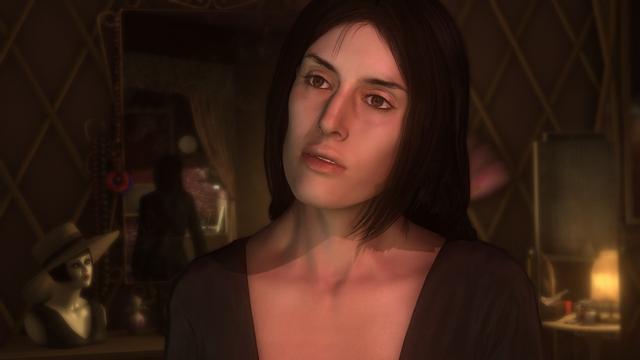 The mother of one of the Origami Killer’s latest victims.  Leading a rather unsavoury lifestyle to make ends meet, her recently deceased son was all that she had.  She meets up with Scott and becomes an unlikely participant in his investigation.  Lauren misses her son dearly, and will do anything to find the person responsible and exact her own brand of justice.  But will she be a help or a hinderance?

Jayden’s unwilling partner in the police department.  Carter is a street-hardened lieutenant desperate for a break in the case, and Jayden’s methodical approach to apprehending the killer doesn’t sit well with him.  The Origami Killer is still out there, and they’re not going to find him by analyzing maps and looking at textbooks.  Carter is strapped for time and desperate for leads in the case–anyone could be the Origami Killer, and he’s out to find out who it is by any means necessary. 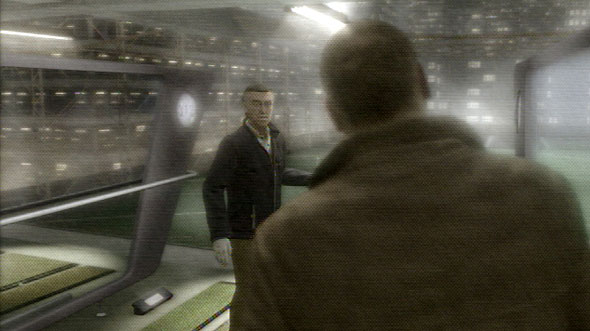 Charles Kramer is a construction tycoon, responsible for building the city’s core and keeping the city rolling.  Naturally, his influence stretches far and wide, and this is a fact that doesn’t go unnoticed by his son, Gordi.  Witnesses have reported to have seen a young boy get into Gordi’s car–since then, the kid’s never been seen again.  Could Gordi be the Origami Killer?  Regardless, both Charles and Gordi have deep enough pockets to ensure that even if he is, he would be well-protected from any legal or media troubles.

These two have had a pretty rough run for their young age.  You play as one of them and the object of their little game is to run through the construction site nearby.  The stuff that kids do, right?  Kicked out of the trailer by Dad, they need to fend for themselves until their mother arrives home.  Unfortunately fate has much different plans in store for these two than a game of tag.