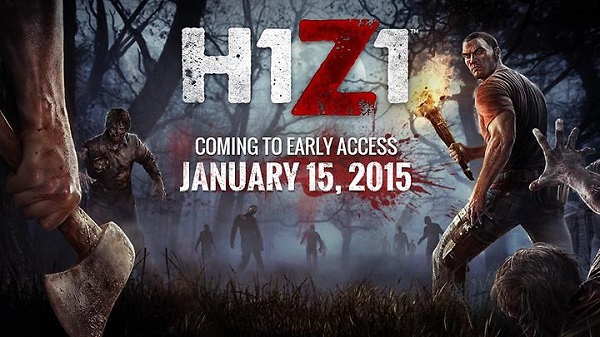 H1Z1 hasn’t even been available for a full day yet (even less if you consider the game’s launch server issues that prevented sign-in for most of yesterday), and it’s already amidst a controversy. Prior to release, H1Z1 developer, Sony Online Entertainment was firm on the game’s avoidance of Pay to Win mechanics, stating numerous times that gameplay boosts like ammo and weapons would not be purchasable, but players are already saying the developer has gone back on their word with player purchased airdrops that are dropping high tier weapons and resources.

Players observed yesterday that airdrops are currently an easy and unfair way to gear up, essentially falling into the P2W category, because whoever drops the funds can buy power. Members of SOE, including SOE President John Smedley, have defended themselves against the accusation of performing a bait and switch and have detailed the game’s airdrop feature, why it’s not working as intended, and ways they fix it.

“Also the key thing here is our login servers are getting slammed, people aren’t playing on full servers so the contested airdrops are not happening right now. Also the zombies that are in the crates are not reacting like they should be,” said Adam Clegg, Sr. Game Designer of H1Z1 via Reddit comment. “We are taking steps to fix this, this is part of the Early Access process. Trust that we aren’t trying to make some blatant pay to win mechanic here and understand that the people that are playing online right now are not playing at the intended server max.”

“We included airdrops in both the $20 and the $40 versions just so you could see for yourselves,” said SOE President John Smedley in a Reddit thread. “But to clear up the misconceptions – 1) You cannot call in airdrops until the servers are 1/4 full. 2) You can’t call in airdrops without generating a ton of zombie heat. 3) the airdrops are random in what they deliver. 4) you are not guaranteed to get a single thing out of the airdrop you called in. You could die trying and you’re out the money. 5) We fly the plane in very slowly and loudly.. we also stream green smoke from it you can see from very far away. This is all I’m going to say on the subject.”

Steps to tweak airdrops have been mentioned by H1Z1‘s developers, such as increasing the server population before an airdrop can be called so that one player can’t easily claim it for themselves.

“Now with all that being said – we’re going to be making some big changes to them in the next day or so,” said John Smedley. “1) Dramatically widening the radius they come in – it’s too small from what we’re observing. 2) Making sure the chance for guns is a much lower chance so they are much more rare. 3) Upping the minimum number of people on a server to even allow air drops. It’s set at 50 right now and we’re going to at least double it. We are serious about these being server events and contested. 4) Making the plane fly even slower.”

H1Z1 is currently being sold in Standard and Premium packages, which are $20 and $40, respectively. Once the game launches outside of Early Access, it will be free-to-play. But for now, anxious players willing to become active testers can purchase access. Here’s hoping the game’s mechanics are tweaked to be more fair and balanced soon.

Update: SOE has announced that they’re offering full refunds for H1Z1, no questions asked. The offer applies until Monday.\

Update 2: SR. Game Designer Adam Clegg has posted to Reddit issuing an apology for the game’s initial presentation of airdrops and has explained the changes that are being done to make the game more fair.