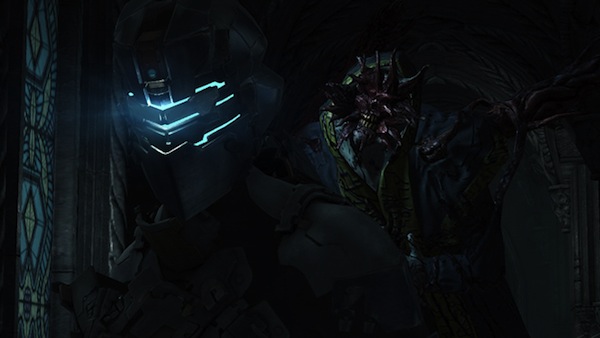 When the end of the year rolls around, many gamers seem to forget the big titles that were released during that year’s opening months. Dead Space 2 happens to be one such title. As 2011 raced towards its final days, no other horror game released has managed to dethrone it as the very best of 2011– quite a feat considering that it did come out all the way back in January.

So, what makes Dead Space 2 our Game of the Year (joining last year’s Alan Wake)? And not just that, but what makes this sequel one of the best horror games of all time (I know, I know, I do say that a lot)? Read on to find out! 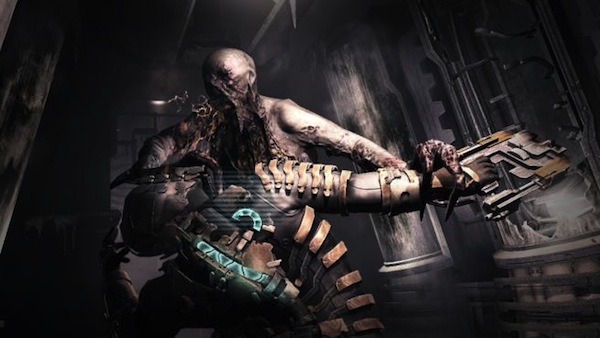 Right from the game’s opening moments, I was at the edge of my seat. And the tension only increased as the game continued until its crazy final moments. Though the ending may not be as great nor effective as the first game’s, it still proved to be a very satisfying one, and left the door open for another sequel (you so smart, EA). Hell, it actually even poked fun at the first game’s ending, too. But, man, what a ride it was throughout the game’s 10-15 hours.

Nowadays it’s quite hard to stumble upon horror titles that truly are frightening (there are a few exceptions though) so I was very pleased with Dead Space 2 when it came to the department that truly mattered to me the most: horror. It truly delivered on all accounts and not only did it bring in some set-piece moments into the mix, boosting the action, but it also managed to be scary in its own way! This was the problem going into this sequel that many fans were worried about: Did Visceral focus too much on providing an explosive, action-packed sequel, forgetting about the original’s horror roots? Thankfully, the game delivered on all fronts and it truly is a survival horror masterpiece that ranks right up there with other beloved horror 2’s like Resident Evil 2 and Silent Hill 2.

When I tell friends and other fellow gamers about how Dead Space 2 stacks up to the original I basically tell them that this sequel is to its predecessor what James Cameron’s Aliens was to Ridley Scott’s original film. It really is, though. Whereas the original Alien film had a higher dose of suspense and was more claustrophobic with its dreadful atmosphere, the sequel really added much more action to the original formula. And said sequel still managed to be one hell of a sci-fi film, considered to this day as the best in the series (this is debatable, of course). That’s exactly how Dead Space 1 and 2 compare to each other. 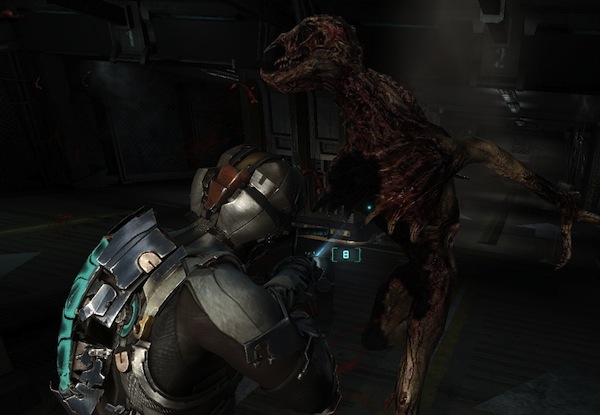 Dead Space could’ve totally gone wrong though, and it could’ve ended up being a half-assed sequel that only succeeded in having upped the ante in regards to something the original was (fortunately) lacking: all-out action. Once again, this wasn’t the case, thankfully. With new enemies like the charging (and downright scary) Stalkers and the Necromorph children (yes, you read that right), the game’s selection of new threats alone was enough to drive a dagger dipped in pure fear into the hearts of many gamers. Even when replaying the game now, those damn Stalkers still send chills down my spine.

Then you had the story itself, in which Isaac Clarke was suffering from a classic case of mental breakdowns and hallucinations– stemming back to the events of the first game. Nicole was now a figment of his imagination, driving him ever onwards down the rabbit hole, so to speak. It was a great and suitable tale for a sequel such as this, and it made the journey through the moon-based Sprawl (revolving around Saturn) even more interesting. And speaking of the Sprawl…

Dead Space 2’s new setting was truly superb, and brought forth some much-needed variety. Not all areas looked the same, especially when it comes to color schemes, which was good since the first game was all about that poop brown (but I’m not complaining!). The school area definitely has to be one of the best in the game, and the return to the Ishimura truly made my jaw drop the first time. It also helps that each area houses a good amount of the friendly Necromorphs. It just doesn’t get better than this game when it comes to sci-fi horror. And before I forget, who else was completely shocked by the whole needle in the eye scene?! Amazing stuff.

It’s with great pleasure that I hand over Rely on Horror’s Game of the Year 2011 award to Dead Space 2. The game truly delivered everything a sequel should with its superb single player campaign and engaging multiplayer (that also managed to provide its own set of thrills). It offers a jump in quality from its predecessor akin to that of Resident Evil 2 and Silent Hill 2 all those years ago. The genre we all adore with a passion has found another masterpiece, one truly deserving of the highest praise (spoiler: I gave it a 10).