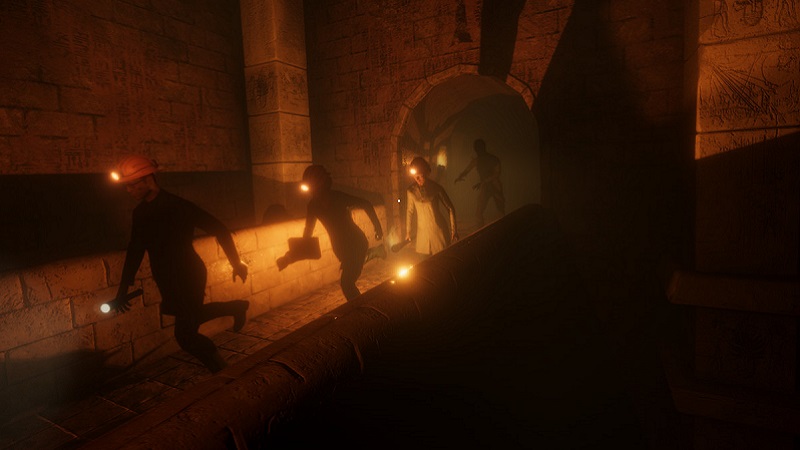 Phasmophobia may be the king of co-op horror gaming, but it’s currently being rivaled by an onslaught of other titles vying to take its place. The likes of DEVOUR and Red Barrels’ upcoming Outlast Trials are bringing their own take on the genre. Now, another contestant is about to throw its hat in the ring.

Recently announced on Steam, Forewarned promises to be everything that Phasmophobia is, but with a much-needed spin on things. As well as being a co-op horror game where you and three other friends will investigate spooky goings-on, it’s set in ancient Egyptian ruins where players take on the role of archaeologists trying to recover artifacts while avoiding having the crap scared out of them in the process. So far, there’s no release date, but it’s expected to launch later on this year.

Here’s what the official Steam page says about the game and its features:

Having long studied ancient Egyptian lore, you’re intrigued by recent reports of structures appearing in the Sahara Desert via new satellite imaging. The locations seem familiar to you on a map, as they correspond to burial sites of the elite Mejai, powerful warriors blessed with unnaturally long life by the high-priest Harkhuf for the purpose of protecting the pharaoh. However, a blessing in life may be a curse in death… Ancient texts mention these warriors turned mad exceeding the bounds of mortality, bringing death and ruin to those around them. To stop them, legend tells of a group of brave Egyptians who lured each Mejai into separate tombs using invaluable relics, and then trapped them inside forever…

That last bit about coming back as an enemy is definitely intriguing. Dying in co-op horror usually means having to be revived or sitting out the rest of the game. But the chance to actually switch sides and start attacking others is a pretty sweet idea. We’ll keep you posted on more details about it, but for now you can check out the official Forewarned trailer below.