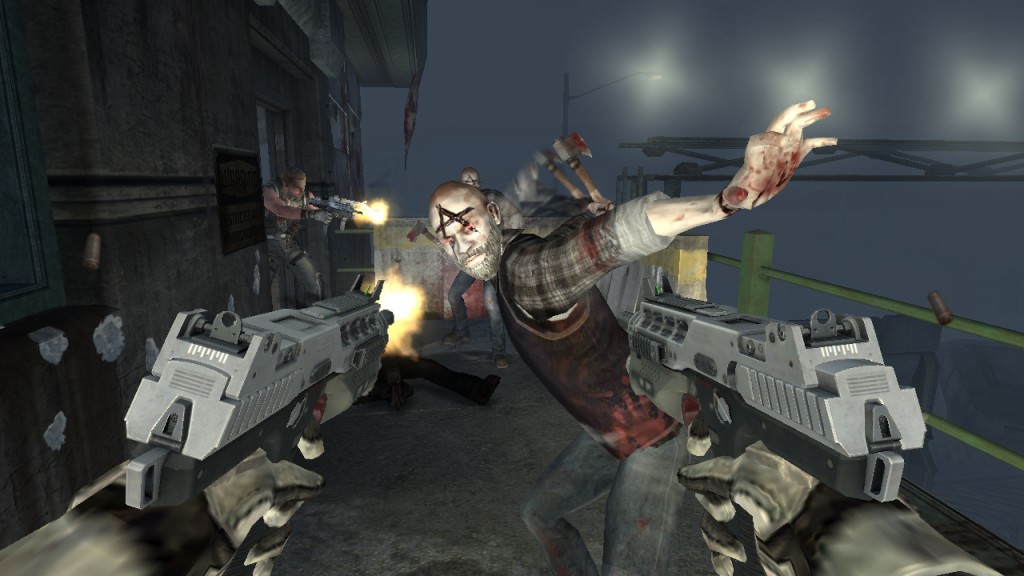 written for Rely on Horror by Freelancer Parjanya Holtz

I imagine there being a lot of pressure when a small “second-class” developer such as Day 1 Studios (Mech Assault 1+2, Fracture) is suddenly asked to fill in the big boots of an old dog in the biz like Monolith. However, Day 1 aren’t entirely new to working on a F.E.A.R. title, as the Chicago, Illinois and Hunt Valley, Maryland based studio have a history of porting Monolith’s first F.E.A.R. more or less successfully over to the PS3 and Xbox 360.

With F.E.A.R. 3 they are given another chance to make a name for themselves, as quite honestly, Fracture back in the day didn’t really cut it. Fortunately we can tell you that judging from the three hours or so we got to spend with the game’s full arsenal of multiplayer modes, things are looking good for the second sequel to Alma’s first-person shooter horror tale. 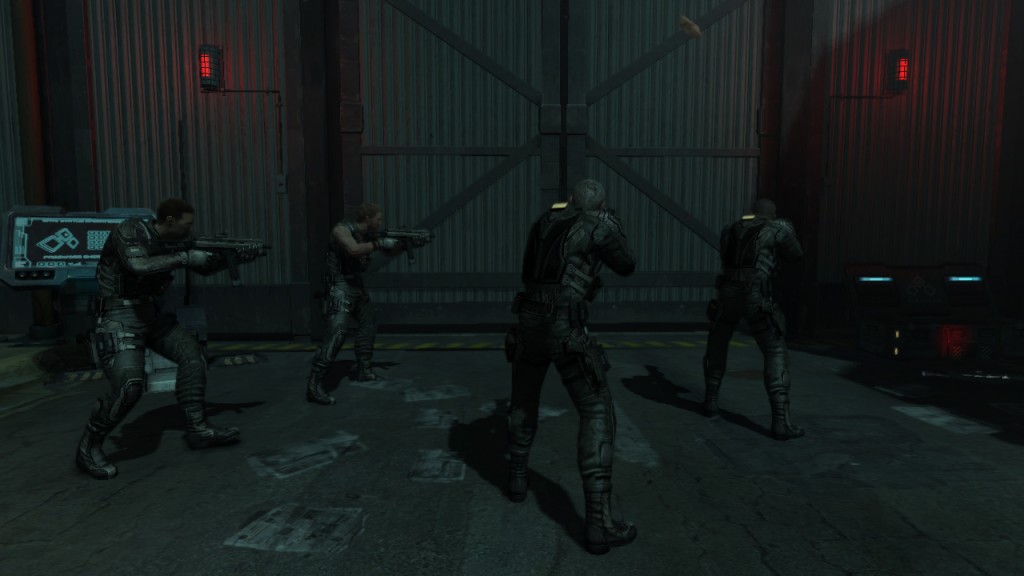 The first mode we plunged into is appropriately called Fucking Run. Four players have to work together to fight their way through narrow streets and even tighter alleys past armed Armacham forces while constantly being chased by Alma’s so called “Wall of Death.” The hitch being that no one can be left behind, as if only one player gets touched by the deadly fog, it’s game over for all.

With that in mind, teamwork here was not just important, but essential to our collective success. As we breathlessly sprinted down alleys always in fear of the us chasing fog, shooting at everything in front of us, we at all times had to make sure none of us needed to be revived. To spice things up, important weapon upgrades and ammo could be located in side alleys along the way, continuously teasing us to risk valuable time for more advanced firepower. 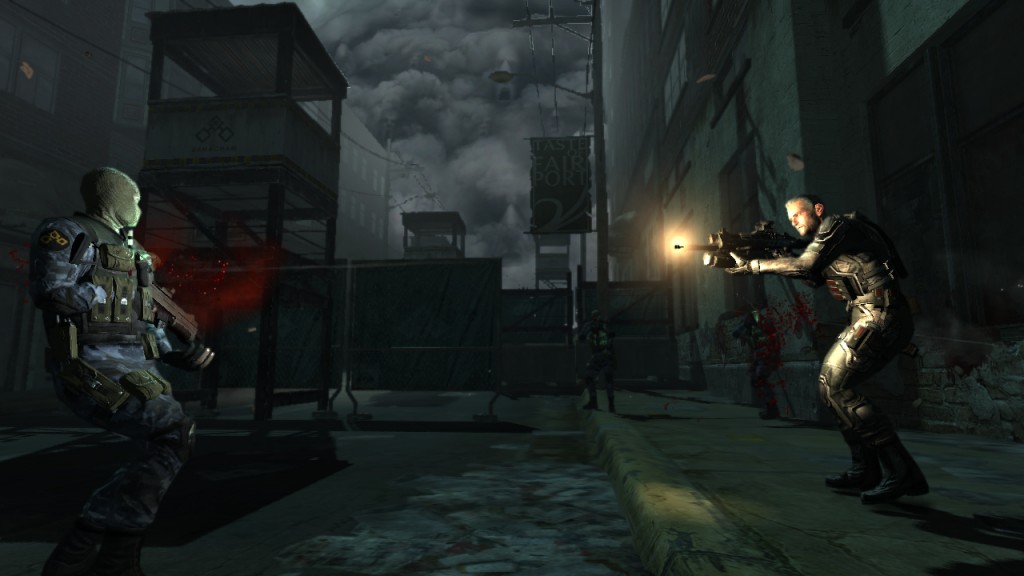 But it didn’t stop there. Each of the two maps (each of the modes features two maps) was split up into four to five smaller sections in between which we were given a few seconds to catch our breath, restock on ammo and switch to more powerful weapons. Once we made it past the first area, things were made even more interesting (and difficult) by making us climb ladders to reach rooftops. Unfortunately that’s where the chase came to an end as our fellow teammates were a bit slow on their feet, and dying set us back all the way to the beginning.

With the cooperative attitude fully upon us, it turned out to be a good decision to move on to Contractions, F.E.A.R. 3’s other mode reliant mostly on teamwork. Think Call of Duty’s Nazi Zombies or Gears of War’s Hoard mode flavored with a few F.E.A.R. exclusive twists. One of those twists was Alma randomly showing up on the map to make our lives hell by disorienting us or summoning creepy looking monsters our way. But that didn’t prevent us from happily collecting ammo and weapon crates and carrying them back to the base as our teammates covered our backs. 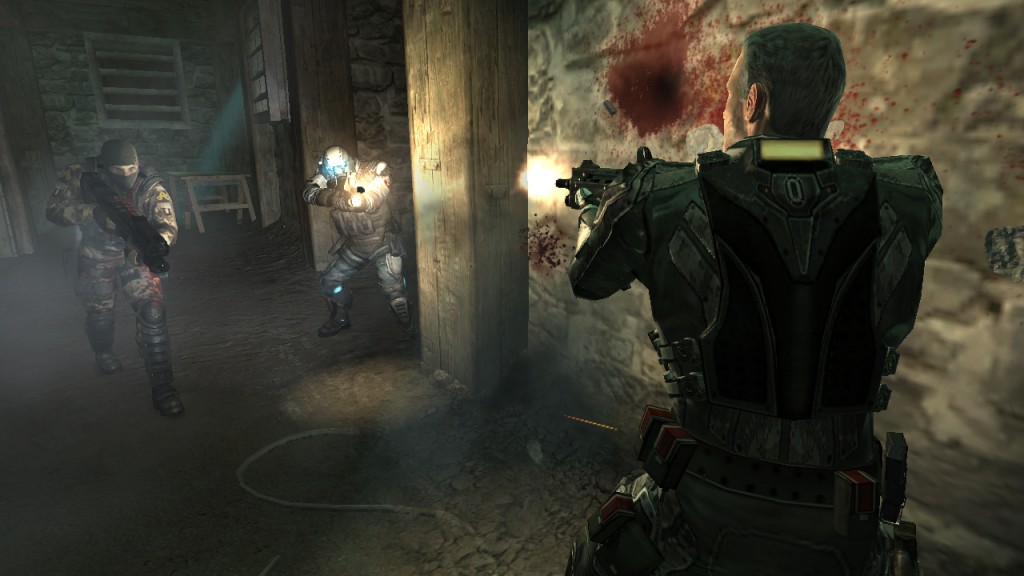 Once we had enough of getting our asses handed to us around level eight (out of 20), we decided to try out the first of two competitive modes instead. In Soul King everyone starts out as a Spectre, a ghost unable to do actual harm. However, Spectres have the ability to possess and control humans, or in this case, AI soldiers. A simple press of a button would place us inside of any unoccupied body on the map, with which we would then go after both the AI and other players who either possess a body of their own or are vulnerably floating around in ghost form.

Fallen enemies drop souls which must be collected, as they determine who becomes Soul King in the end. However, if killed in Spectre form, players lose half of their soul count, which can then be picked up by an enemy. Oh, and of course Alma shows up randomly to complicate things every now and then. It’s all incredibly hectic, and most rounds aren’t decided until the very last second. 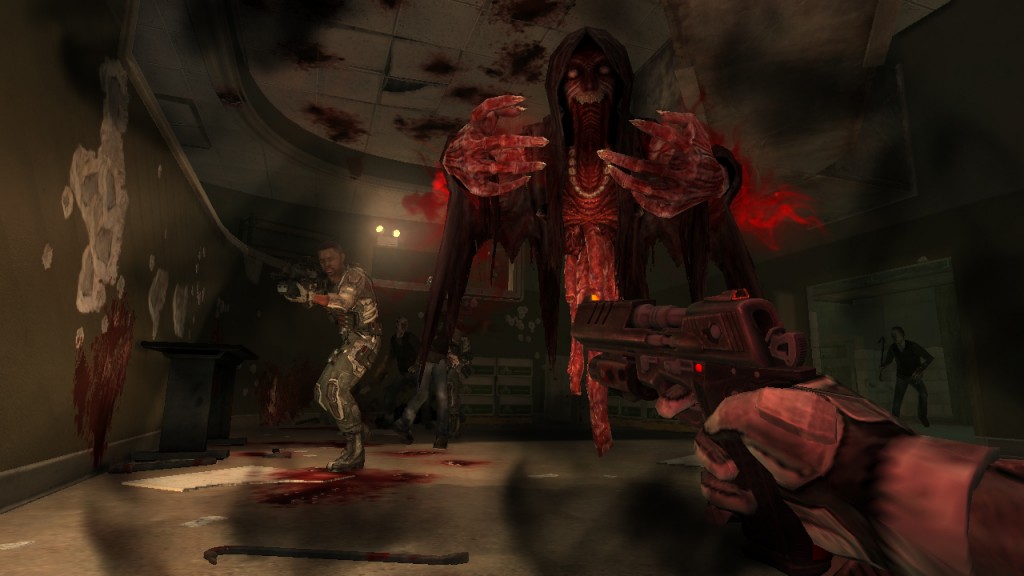 This brings us to Soul Survivor, the final of F.E.A.R. 3’s four multiplayer modes. What’s unique about this mode is that what starts out as a cooperative fight for survival, quickly changes its entire dynamic as one teammate is turned into a Spectre and tasked to break up and corrupt the remaining survivors. If the Spectre manages to wound a member of the remaining squad, the soldier can either be revived by his teammates, or turned into a Spectre himself. It’s two vs. two from there. The ultimate goal of the squad is obviously to survive until the clock runs out, while Spectres are doing everything in their power to turn the remaining survivors into one of them.

We’ve been to press events where people shamed the developers by ignoring their game after giving it a fair chance and realizing that there’s nothing there to care about. It’s at such events that we have to remind ourselves what we’ve come for, and that is getting a good impression of the game so we have something to write about later. But F.E.A.R. 3 wasn’t one of those games. It demonstrated impressively that what Day 1 has crafted is a title with a unique creative mind of its own. F.E.A.R. 3’s multiplayer felt great. It made us wish we’d have more time playing the game that night. There’s no doubt in our minds that if Day 1 has a similarly addictive and ambitious single-player campaign waiting for us, fans of Alma can look forward to this coming May when F.E.A.R. 3 is scheduled to ship for PS3, Xbox 360 and PC. 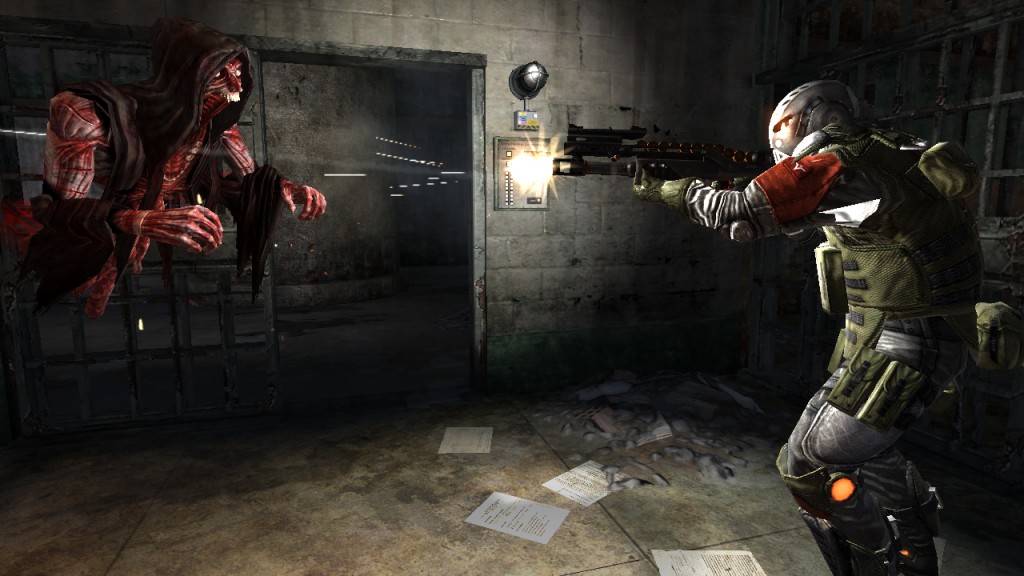