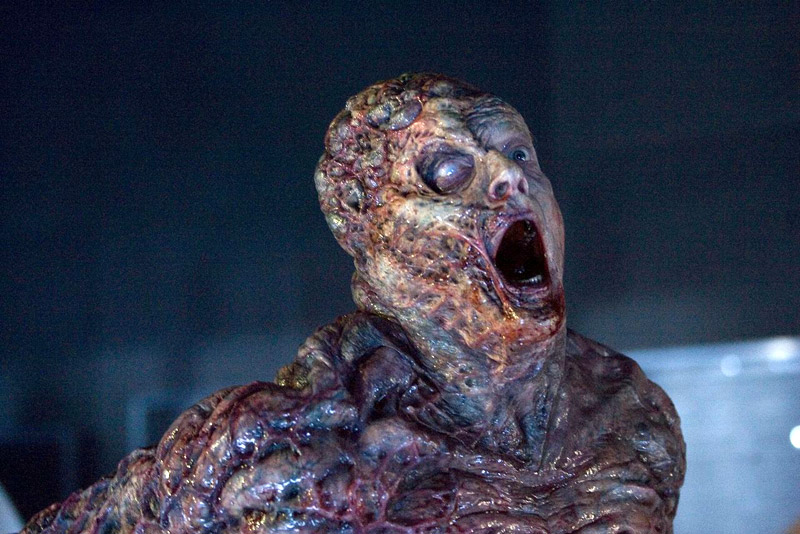 Wow, bunch of Resident Evil movie news today. Despite being over a year away with a January 2017 release date, some new info has dropped about the latest, and presumably final chapter (heh) of Paul Anderson’s controversial, but never the less popular Resident Evil film franchise.

Despite being pretty thoroughly off’d in the third film in the series, Extinction, Iain Glen will be returning as the nefarious Dr. Isaacs (who was behind Project Alice in the films, and loosely inspired by Dr. William Birkin from the games). Joining him from the previous films is Shawn Roberts as Albert Wesker, Ali Larter as Claire Redfield, and Mila Jovovich as Alice Abernathy. Say what you will about the film, but Dr. Isaacs, as well as Iain Glen’s performance was menacing and a joy to watch. You probably have seen Iain Glen since as Jorah Mormont in the hugely successful Game of Thrones TV series.

Along with this news is a brief synopsis of the new film, The Final Chapter, and it certainly sounds pretty final.

Picking up immediately after the events in Resident Evil: Retribution, humanity is on its last legs after Alice is betrayed by Wesker in Washington D.C. As the only survivor of what was meant to be humanity’s final stand against the undead hordes, Alice must return to where the nightmare began – Raccoon City, where the Umbrella Corporation is gathering its forces for a final strike against the only remaining survivors of the apocalypse.

In a race against time Alice will join forces with old friends, and an unlikely ally, in an action packed battle with undead hordes and new mutant monsters. Between losing her superhuman abilities and Umbrella’s impending attack, this will be Alice’s most difficult adventure as she fights to save humanity, which is on the brink of oblivion.

I’m honestly a big fan of the obvious cliché of “returning to where it all began” thing. Metal Gear Solid 4, Dead Space 2, even in films like Jurassic World it’s a great way to cash in on nostalgia and get fans hearts thumping. But usually this is best when “the place where it all began” still… exists, you know? Last I checked, even in the films, Raccoon City was left a smoking crater, destroyed by a nuclear missile. I think that a moment in the games where visiting a memorial that stands where Raccoon City had been would be a great, but that would make sense. The world isn’t destroyed in the games, so there could be the potential of something being there now. But the world was overrun by the T-Virus within weeks in the films, which would mean that Raccoon City is still… oh jeez, my head hurts.

I guess we’ll all see how it all works when Resident Evil: The Final Chapter releases January 27th, 2017.