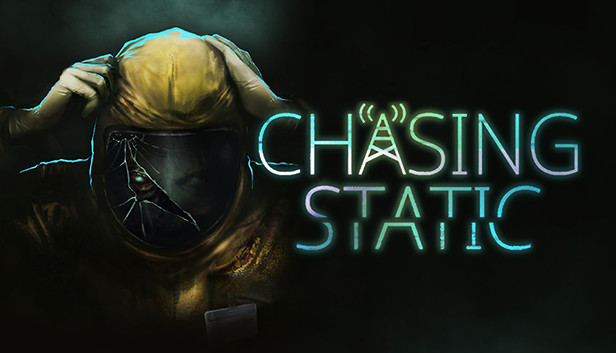 Chasing Static, the upcoming lo-fi psychological horror indie title, has been garnering positive attention for its premise, old school, “crunchy, low-fi graphics,” and its use of quality voice over talent.

We recently had the opportunity to interview Nathan Hamley of indie studio Headware Games, the sole developer of Chasing Static, whose passion for unique visuals and “AAA sound design” guides the studio’s design aesthetic.

Q. Can you speak a bit about your personal background and what led you to develop Chasing Static?

I’m really excited for players to explore the lonely, unsettling world that I’ve spent these past two years crafting, or living in. Development has been pretty intense since I started the project in January 2020, and given the ongoing circumstances surrounding the pandemic, it’s left me with little else to do but power through with development. I’m the only developer working on this game, creating all elements of the game par music. It’s nice to have that level of control over a project, making sure everything is in line with the initial vision. Thankfully the lo-fi 3D style helps keep production time down.

The project leans heavily into its inspirations. I have a background in film production and love obscure and unsettling horror, having a soft spot for films that can marry horror with light science fiction themes. I’d say thematically the game is somewhere between Silent Hill and Beyond the Black Rainbow with inspirations from films like Ex Machina, Drive and Annihilation…to name a few. Chasing Static is a slow-paced exploration of narrative first and foremost, with some more game-like elements layered on top. I can’t wait to see what people make of it.

Q. As Headware is UK-based and you chose rural Wales for Chasing Static’s setting, are there any location-related details that influenced the game?

The setting of Wales was mostly inspired by a camping trip to Snowdonia with my partner that we took shortly before the game started development. We drove up to Northern Wales, arriving sometime after sundown during a particularly fierce storm. The roads were thin, bumpy, and often accompanied by a sheer drop on one side. We got a bit lost, and it took hours to get to our campsite. Signs of life were few and far between, the whole experience was kinda terrifying, in a good way!

Q. Please tell us more about your specific influences. You mentioned “80s horror and contemporary surrealist cinema” on Headware’s website. What games, movies or shows do you feel were influences for Chasing Static?

Silent Hill was definitely an influence. The first four games are my go-to games when I fancy replaying something spooky. I guess most horror developers take influence from that series, you can’t really top it. I really enjoy David Lynch’s work and how he finds a way to make simple character-based scenes feel uncomfortable, often just relying on the writing and performances of the actors. To name some other films that were an influence (and ones I enjoyed a lot) I’d say Annihilation, Hereditary, The Thing, and Event Horizon were ones on my mind when designing the game, and ones I rewatched during development.

Q. Could you explain more about your “sonic exploration” concept and how it influences the gameplay and narrative?

“Sonic Exploration” is the term I have coined for the core gameplay mechanic. Chasing Static features traditional inventory-based puzzles to complement this mechanic. After reaching a specific point in the story, the player will discover the Frequency Displacement Monitoring Device. This is the Device that is shown in our teaser trailer, which can tune into various frequency bands (like a traditional radio) and upon discovering an ‘active’ frequency, uses a modified directional microphone to enhance that signal. This mechanic is used for both uncovering new narrative elements and solving environmental puzzles.

Q. Notably, the game seems inclusive and accessible to players with hearing impairments. Could you touch on that?

We have had accessibility in mind from the very early stages of the game’s development and I’m happy to say the entire mechanic has been designed with the hearing impaired in mind. You will be able to play through the entirety of the game with the sound turned off. We’ve made a point of having visual indicators for both tracking frequency bands and narrowing signals. All voiceovers will also be subtitled.

Chasing Static’s gameplay definitely looks promising. With an anticipated release on Steam, you can wishlist the game and download the free demo on its official Steam page here.

You can also check out the trailer below. 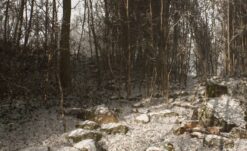 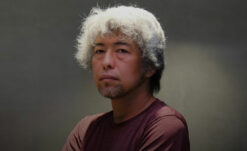