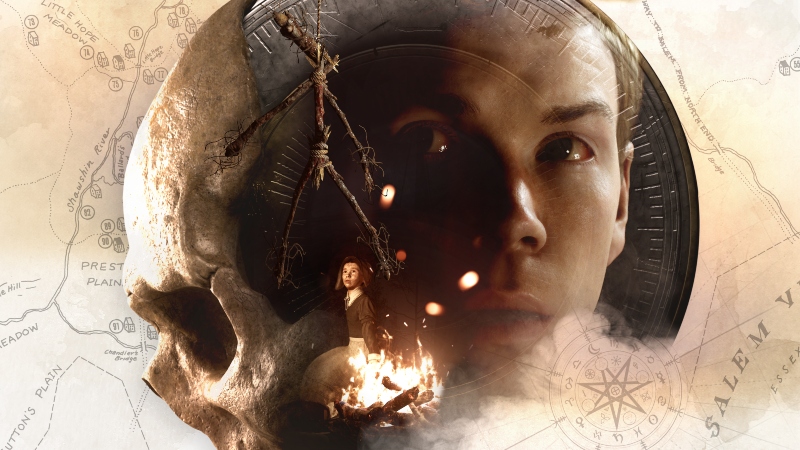 It begins, friends! The Supermassive Games developer diaries we have all come to know and love have started for their upcoming addition to The Dark Pictures Anthology, Little Hope. The first video is a quick recap of what The Dark Pictures Anthology is, what it hopes to accomplish, and how each entry will differ from one another. While a moment is given to the first entry in the series, Man of Medan, the majority of this time is spent divulging a few of Little Hope‘s secrets.

For fans of anthology horror, it will come as no surprise that Little Hope bears little resemblance to Man of Medan. Each chapter in the series will take on an entirely different subgenre, and Little Hope’s subgenre is Silent Hill. Even the Supermassive CEO Pete Samuels acknowledges the obvious inspiration taken from the Silent Hill series, though he lists several other exciting horror games and films as inspiration, as well. The studio is right around the corner from Guilford Cathedral, which is featured in notable influence The Omen. Blair Witch is in the list, too, which makes perfect sense for the particular setting.

Little Hope tells the story of a college professor who, along with his students, finds himself stranded in the abandoned New England town of Little Hope. Following a bus crash in dense fog, the group makes their way into town, but the fog prevents anyone from leaving. Unfortunately for our wayward travelers, the spirits left by the Andover witch trials have not abandoned their miserable posts on the same hallowed ground. A ghostly girl from the 1970s lingers, as well. To survive the night and escape the mist, the group will have to work together to find the ties that bind them to Little Hope’s haunting past.

According to Samuels, the story is not all that has changed with the second installment of The Dark Pictures Anthology. Camera movement will be more open this time around, and Quicktime events will be better explained. Interactions in the world will have more context, and players will be occasionally reminded of their current goals. One thing that has not changed is Supermassive’s commitment to historical accuracy. Since a host of characters in Little Hope are stuck in an endless loop of 1692, a television and film costume designer was brought on board to ensure the clothing was historically appropriate. I would assume that the outfits from the 1970s are appropriate to the era as well, though it is unlikely that what a modern person expects of the era and what was actually worn are one and the same.

I know that The Dark Pictures Anthology: Little Hope is coming in Summer of 2020, but can we all just agree to skip past spring to the part where we have all of the great games slated for this summer? 2020 has been a bust, and I feel confident in speaking for all of us: We are over it. Give us sunshine, games, and frozen desserts. Until then, I suppose we will survive on more dev diaries and Murder Hornets, or something.