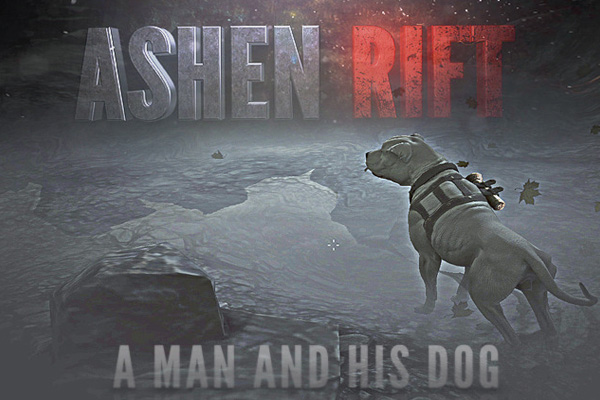 Ashen Rift looks to be a promising indie project by the one man development team, Barry Collins. A first-person survival horror game, Ashen Rift focuses on you and your pitbull, Bounder, as you make your way toward the Rift: the strange phenomenon responsible for the apocalypse which has turned the rest of of humanity into bloodthirsty husks that are out to devour you both. The game is promising to allow players to play how they want to, however they choose to explore the landscape and bypass or destroy the enemies.

The entire backstory of the game will mostly be up to the player’s imagination being fueled with hints and snippets of dialogue throughout the world. Exactly what these clues will be remains to be seen, but I think it’s safe to assume we’ll read some diaries and find some cherished trinkets of those long gone.

Collins is stressing that he is shying away from the typical run ‘n gun style of most current FPS games. He is limiting commodities so that players become resourceful of other objects in the world, not all of which is player equipment. In the Kickstarter video, he explains that players can pick up objects and toss them or dump out their contents, like a gasoline tank. You can light fires this way and create explosions, which will crater the earth. It’s also possible to drop giant spires reaching out of the ground on top of enemies. Perhaps you’ll find rockets but you won’t have a launcher to fire them; no problem, just toss the damn things like a grenade.

Combat and guerilla tactics aren’t the only options. Players can completely bypass enemies using distractions. Each of them will react to sight and sound accordingly, so people must be careful and play it slow. It’s possible to place planks over an entrance to slow them down or bar them off, or even lure them into gasoline soaked ground with a tossed rock and firing at their feet.

As for Bounder, the player will interact with him through a circular menu, sending him off to retrieve items, scout ahead for enemies, or provide you warnings for threats that may not be readily apparent. Bounder appears to be a large part of the game, not just as a mechanic, but as a likeable character (I don’t even think we know the name of the man we’re playing yet).

Currently, Collins is asking for $45,000 on Kickstarter. With 28 days left to go, he’s currently at $4,000 plus. I’m personally waiting for this game (thank you Collins for bringing it to the Mac) and really hope it gets the money it needs. Keep in mind that everything you’ll see on the Kickstarter is the result of less than 5 months of work from a one man team. With more time and the money backing him, Collin’s could surpass some AAA games on the market that call themselves “unique” and “dynamic”.

If the goal is achieved, Ashen Rift will be a 3 – 5 hour game offering unique gameplay to fit the individual who dives into it on PC, Mac, and Linux. The first stretch goal is $250,000 which includes Oculus Rift support, more enemies, game-time, advanced AI, and full blown cut-scenes. I could keep on yapping, but seriously, please watch the video and visit the source below to explore Ashen Rift for yourself; a demo is available!