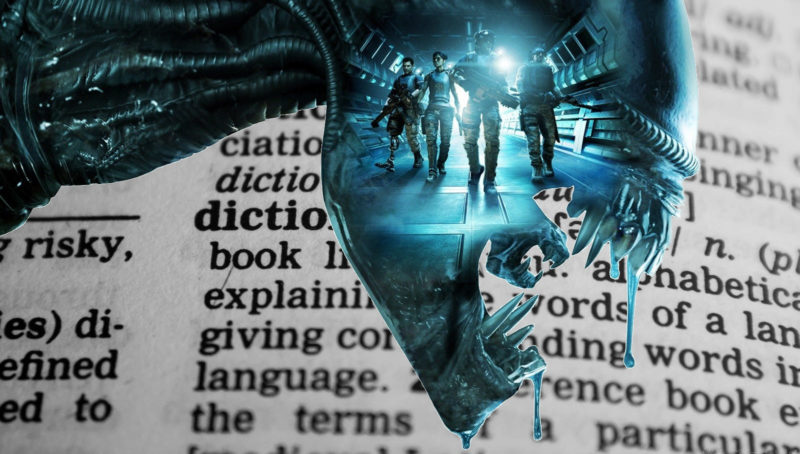 What an amazing end to this stupid, stupid story.

For anyone who doesn’t remember (not that I totally don’t get a weird sense of glee ripping this thing apart), Aliens: Colonial Marines was bad. Very, very bad. Sold almost entirely on lies (with fake gameplay and screenshots used in marketing), a pathetic story that played out like bad fanfiction (I’ll never stop reminding people that Hicks is alive now in canon, and that it cannot be undone), and most damning: terrible, unfinished feeling gameplay. From day one, the game was trashed for its hideous visuals, buggy combat, and weirdly unresponsive AI. Well, one of those problems has finally been solved, as the AI issues have been found out to be connected to… a single letter.

This was actually discovered last October, but the news is only just now becoming mainstream, after a thread on ResetEra shared a post from ModDB that had found an oddity in the game’s code:

Last I checked, tether doesn’t have an a in it. The modder who found the mistake explains:

1) AttachXenoToTether doesn’t do anything. Its basically empty or stripped

When a Xeno is spawned, it is attached to a zone tether. This zone tells the Xeno what area is its fighting space and where different exits are. In Combat, a Xeno will be forced to switch to a new tether (such as one behind you) so as to flank, or disperse so they aren’t so grouped up etc. (*disclaimer* this is inferred opinion, I cant see the actual code only bits)

Whenever the game tried to do this, nothing happened. Now it does!

Jesus. Fans have already started doing it on their own, and apparently the results (while don’t do anything to make the game less poo overall). ResetEra user JigglesBunny comments that the results were “immediate”:

The improvement is immediately recognizable in your first encounters with the Xenos. While they still charge you perched on their hind legs, they now crawl far more often, flank you using vents and holes in the environment and are generally far more engaged and aggressive. Five years after release, a single letter managed to overhaul the entirety of the enemy AI behavior in the game.

Now of course, Aliens: Colonial Marines is still an awful game, and Gearbox Software should be ashamed of themselves for ever releasing the game in the state that it was (not to mention releasing paid DLC after the fact as well), but if you already got suckered in to owning the Steam version at least, there’s a little bit of hope. There’s also a few fan mods that help the game as well, so there’s hope yet to get a good experience out of one of the worst games of 2013.

Or, you know, just play the vastly superior in every respect Alien: Isolation.