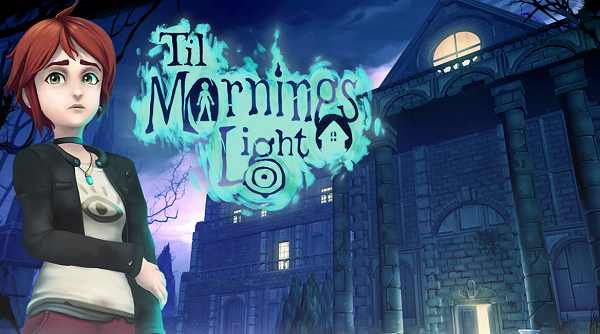 With the rise of the highly accessible mobile game space putting more powerful machines into our pockets, genres once thought to be home experiences have now become portable adventures that we can partake in at any time. Horror games in particular are one such genre that we fondly think of as an activity to be done when the sun is down with the lights off. But as these machines grow, so do the type of games we can play.

WayForward is no stranger to horror, with a handful of spooky games under their belts like LIT, Aliens Infestation, and Silent Hill: Book of Memories. All of these games offer their own creepy adventures with standout, stylized visuals – something of a signature of the studio. WayForward’s Adam Tierney has directed all three of the aforementioned games and now he’s working on something new with Amazon Game Studios: Til Morning’s Light, a mobile horror adventure game starring a girl named Erica trapped in a haunted house.

In advance of the game coming out soon for Amazon Fire and iOS devices, we talked with TML‘s director, Adam Tierney. Check out the full interview below. 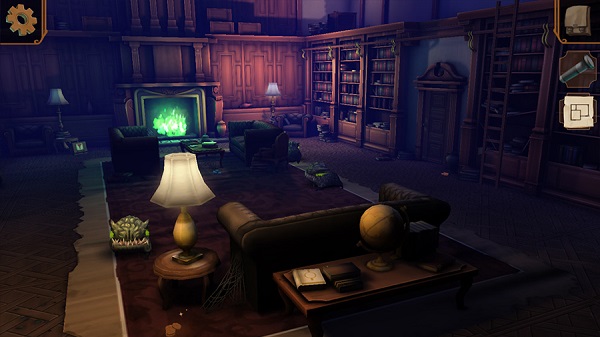 To start off, how would you best describe Til Morning’s Light?

In a nutshell, it’s a spooky horror adventure game that follows a high school girl (Erica) who gets locked inside a haunted house. The game takes place over the course of one night, during which Erica must explore all rooms of the mansion, battle creatures and bosses, meet ghosts, complete puzzles, and solve a 200-year-old curse by morning in order to make it out alive.

What were the sources of inspiration while designing Til Morning’s Light?

I’ve always loved horror games. Silent Hill 2 and 3 are some of my all-time favorites, although long before playing those, I was raised on great early horror titles like Haunted House (Atari 2600) and Alone in the Dark (PC). I think when you have someone playing a game by themselves, horror can be incredibly immersive in a way that other gameplay genres might not be. Looking beyond just games, the film “Coraline” was a big influence, and there’s some “Mean Girls” thrown in there as well.

With all the different consoles, handhelds, and personal computers out there, what made you decide to release Til Morning’s Light as a smartphone exclusive?

The original pitch never specified exactly what system it was designed for, it was just a game concept about a girl locked inside a haunted house. When we partnered with Amazon Games Studios, the decision was to release Til Morning’s Light on the Fire phone to take advantage of the phone’s Dynamic Perspective. As a result, the game does have features tailored specifically to Amazon’s smartphone.

What was great, though, is that Amazon never asked us to ‘mobile up’ the game design. There are no micro-transactions in it, no energy-limiters, no push notifications, none of the non-gamey stuff that’s so typical in mobile games today. When you play Til Morning’s Light, it’s basically structured like a classic console horror adventure game (ala Silent Hill, Resident Evil, Luigi’s Mansion, etc). The fact that we were able to build this robust, immersive experience, without having to make it overly ‘mobile’ allowed us to create a much larger and more ambitious game than I think most publishers would go for on smartphones. 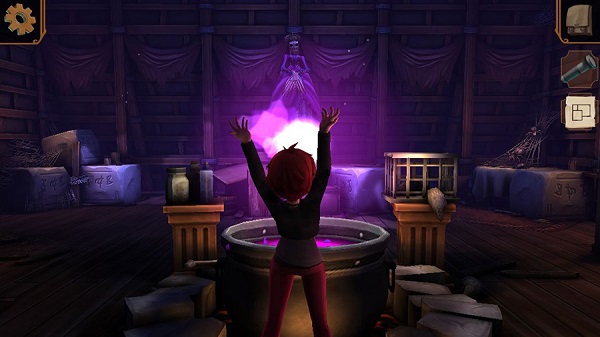 Did you encounter different challenges while working on Til Morning’s Light than with your games released on other platforms?

Oh sure. But I’d characterize them more as different considerations rather than challenges. For example: the fact that gamers might play for shorter sessions, or stop playing at any moment, or wait longer between play sessions. These considerations affected some of the game’s design, especially in the way we handled maps, saving, progress, and tutorials. But minor elements like those aside, the heart of the game still feels very traditional console-esque and wasn’t stripped down to be more mobile-appropriate.

Wayforward has a varied catalogue of games, ranging from Silent Hill: Book of Memories all the way to Adventure Time. Do you feel there is a specific demographic you focus on while working on games for iOS/Android or will we see a similar variety on these kind of devices?

Believe it or not, all Amazon Game Studios asked us for as we began discussions was to tell them what ideas we were most passionate about. Oftentimes with publishers, there’s a song and dance to get a contract that we’re used to doing. But they asked us to set that mindset aside and said, “Look, we want to work with you guys. So what do you really want to work on most?” And Til Morning’s Light was this very personal, creepy concept that we’d come up with almost five years earlier, but for whatever reason it had never been picked up by a publisher before then. Maybe it was the female protagonist, maybe the horror genre, I don’t know. But it’s always been a concept that Matt Bozon (our Creative Director) and I in particular have loved. And luckily for us, Amazon Game Studios liked it, too.

So really, that’s all it came down to, at least on the WayForward side. What game do we all want to work on? Okay, now let’s go make it awesome. There wasn’t any special consideration of what’s selling on mobile right now, what’s game styles are trending, etc. I think Amazon Game Studios just wanted a great game, and you get that by letting developers work on what they love, and not getting in the way of the creative process. 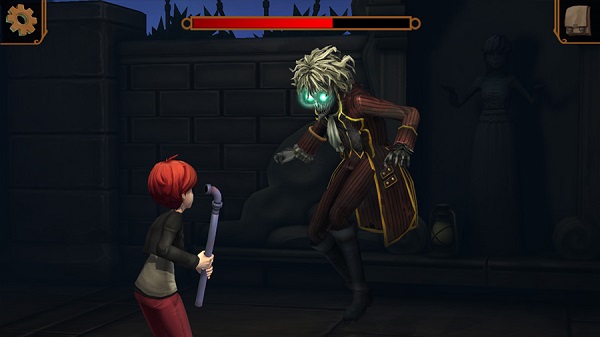 Having previously worked on horror, with LIT and Book of Memories, what have you learned about designing scary games and how will Til Morning’s Light benefit from your past work?

For people who have played either LIT or Book of Memories, you’ll find some stylistic similarities here and there in Til Morning’s Light. The way we use VO, weapons, collect puzzle pieces, etc. It’s interesting because the earliest original WayForward games were all very cheerful and cute, and we still do those. But now (with the games you mentioned, and also Aliens: Infestation and BloodRayne: Betrayal) we’re building up almost a second tier of creepy games here.

But in general, I wouldn’t say Til Morning’s Light feels much like any of WayForward’s previous games. It’s a very personal experience built entirely around the main character, Erica. More than anything, we wanted to develop this compelling, funny, lovable, sometimes-awkward, sometimes-powerful lead character that players would connect with. And we also wanted to change her over the course of the game. So as you play deeper and deeper into Til Morning’s Light, Erica goes from meek to aggressive, gets (visually) roughed up, and becomes a more confident combatant. The evolution of her character over one hellish night trapped in this mansion is really the heart of the game.

Do you feel more horror and horror-themed games will be appearing on smartphones and will Wayforward itself be producing some in the future?

I’d love to see us produce more games like this. I’d specifically love to see us produce more adventures of Erica! It all comes down to the opportunities. But yeah, creepy games are something that many of us at WayForward love doing. So hopefully we get more spooky opportunities in the future. And with Til Morning’s Light specifically, I think we learned a tremendous amount about how to do horror well on mobile devices. So if the next creepy opportunity is on mobile again, we’re definitely ready.

Thanks to Adam Tierney and Amazon Game Studios for the interview. Til Morning’s Light‘s official website can be found here.