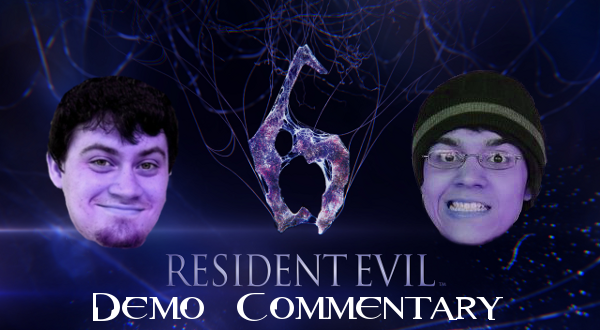 There’s a first time for everything, right? Well, I tried my hand at a commentary walkthrough of the latest Resident Evil 6 demo. I was joined by Zev, co-host on our podcast. We went through the various chapters of the demo and talked about how we feel about the game’s gameplay, camera, atmosphere, and combat. Now we’re not the absolute Resident Evil professionals like EIC Jorge is, but we had the equipment available, so we might as well make something entertaining for you guys.

Below the following three videos is my written impressions of the demo. Check that out as well! 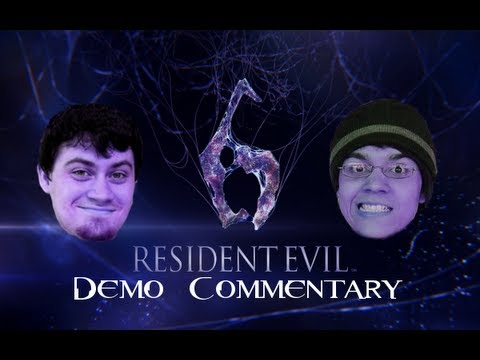 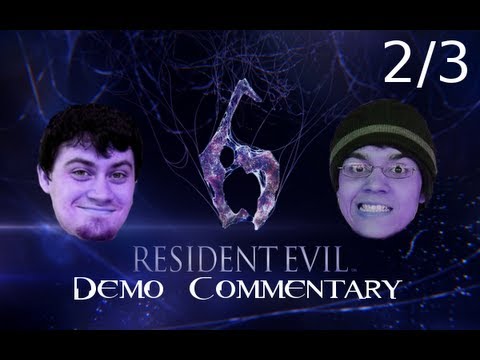 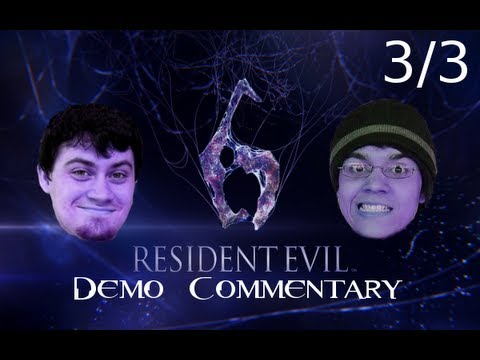 While Resident Evil 6 is a few days away from releasing, and I can’t help but feel that the game will be one of the most uncomfortable gameplay experiences that I’ve had in a long time. After playing both the Dragon’s Dogma exclusive demo and the recently released Public Demo, my fear (that I want to forget) seems to be coming true: Resident Evil 6 doesn’t know what it is.

If the two demos are any indication of what the camera perspective will be like in the final release of Resident Evil 6, then I see myself dreading my time with it. If you have read my reviews or follow the things I say about games on Twitter, then you would know that I love when a game utilizes its camera in perspective altering ways. The right camera perspective can alter how a person perceives an entire game.

For the past few weeks I have been playing open-world crime game Sleeping Dogs. What really drew me to the game was its focus on looking and feeling like a traditional 3rd person action game while being set in an a large city. Sleeping Dog‘s camera allows for players to feel more immersed in the environment around them—properly to scale.

Unlike Sleeping Dogs, Grand Theft Auto IV‘s camera does not do this type of thing effectively. Instead of feeling like one small person in a big city, Grand Theft Auto IV instead orients the camera in such a way that feeling immersed, to scale with the world around you, does not happen as organically as it should. Sleeping Dog‘s, in my opinion, sets the bar for open world action games because of its camera and focus on fine-tuning its multiple gameplay styles (shooting, combat, and driving).

Now this brings me to Resident Evil 6. Why is the team suffering at making an over the shoulder perspective fit with action gameplay? Resident Evil 4 was comfortable and so was Resident Evil 5. Did including walk-and-shoot really confuse the developers this much? I know that Resident Evil 6 is trying to promise two polar opposite gameplay styles at the same time, and that’s what’s killing the game. They’re trying to stick to survival horror gameplay conventions while focusing on an action oriented experience. Now, this play style works if done correctly. Dead Space 2 is the ultimate and perfect example of a control set that works for slow survival horror and fast paced action. Why does Resident Evil 6 feel so odd?

To me, it seems that the developers struggled with balancing the right set of actions and available skills for the player. While trying to stick to feeling like a survival horror game, the developers are hindering the action oriented segments of the game. The action-oriented skills hindering the survival horror sections as well. For example, in Leon’s segment of the demo, players have to navigate through the tight hallways of a school. This sounds promising, yes? While it looked awesome and certainly set the mood of a survival horror experience, I found that Leon’s extra set of skills: running loosely, various kicks and melee moves, and diving over every available table, made me feel like a bull in a china shop. I felt like a human tornado, spinning and dashing across rooms needlessly. If the developers have chosen to limit specific actions in the horror sections of their game, why do these over the top moves still linger?

I’ll wait until the full game releases before I analyze the horror aspect. For now, I want to move onto the game’s camera. Moving through Leon’s segment made me feel like an out of control whirlwind of a man, bumping into this, jumping over that, and plain feeling too large to properly see what I was doing. These complaints stem from the game’s insanely close camera perspective. Capcom claims to have included camera settings because of demo feedback (Dragon’s Dogma demo) but I’m not seeing it present in the new demo. In fact, Chris’ new segment disoriented me to no end.

While I felt like a raging bull in Leon’s segment of the demo, in Chris’ I felt like a weak, helpless, and heavyset child with a gun. The area that the demo takes place in is full-on action. Guns are going off from the numerous enemies that are around you, tanks are moving, and explosions are exploding. All of this would be fine and dandy, hell, typical in an action game, but due to the game’s camera, it all becomes a rush of movement accompanied by a small field of view. The protagonist should not take up so much screen space, plain and simple. Because he does, players are left swinging around looking for enemies or the next location to move to. All of these factors create a disorientating experience that is sure to make some people, including myself, nauseous.

A game that shares my harsh opinion on camera design is Siren Blood Curse. Siren, much like Resident Evil 6, would be a blast to play and enjoy if only the camera wasn’t so close. Because of this limited field of view, I am left swinging around in search of things or enemies in the environment. Siren is a much slower paced game without loads of guns, so I did not reach that level of disorientation. I’m just not sure why Resident Evil 6 plays and feels like this. The environments are gorgeous, enemies are engaging, but the way that the player interacts with all this potential goodness is poisoned by a tainted presentation. Resident Evil 5 did not suffer from this. Despite not having the ability to walk-and-shoot, Resident Evil 5 was comfortable to play even in action packed scenes.

I’m sure many of you will disagree with a lot in this article, but that’s OK. I’m glad you’re comfortable playing this highly anticipated game. I just don’t feel comfortable playing it. I want to, though. I sincerely hope that the camera can be adjusted to a degree that’s comfortable for me. I know I’m not alone in wanting this. Hopefully the teams behind Resident Evil 6 delivers.