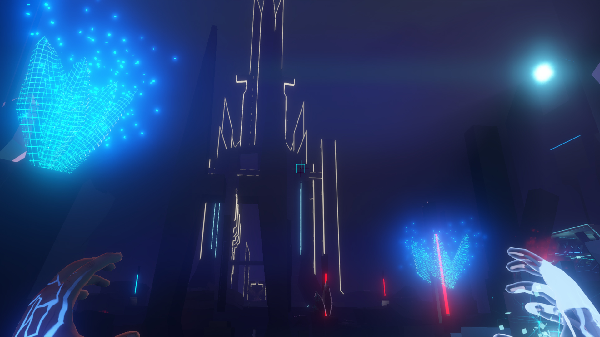 Released on Early Access earlier this week, Soul Axiom is sort of a spiritual successor to Master Reboot as it follows the same general setup. You play as a man who has entered, perhaps unwillingly, a server that is used to store memories and dreams. The point of this server is to allow people to relive the happiest times of their life and forget the bad stuff, as well as to be practically immortalized since uploading yourself to the server means you are safe from death. Something seems to be wrong however, as the game starts by plummeting you onto a flying ship that is under attack by angelic monsters and the locales you visit seem to be damaged and desolate.

For the purposes of this preview I played the game for about an hour and a half and must say that I am not disappointed from a technical viewpoint. The game played reasonably well with an acceptable framerate and even in this early version it was possible to alter essential options from the game’s menu, including an FOV-slider. I encountered no glitches or crashes during my time with the game either, so those who want to dive in right away should be relatively safe, but they won’t be able to enjoy all the chapters of the game quite yet. 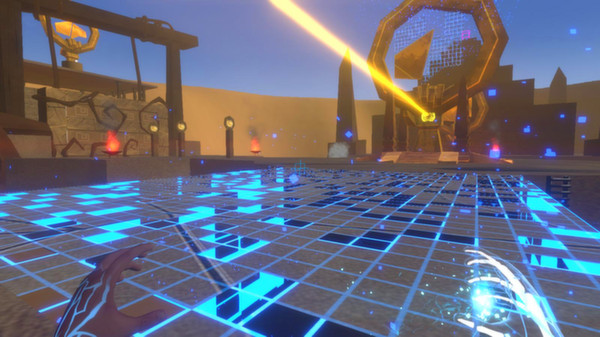 The gameplay itself is rather simple: you are teleported into a level and must explore it to find an exit. Early on you obtain a special power that allows you to destroy certain objects, leaving only an outline. With the other mouse button you do the opposite and fill in outlines with an object that belongs there. During my play-time I also found another power that I could switch to, which allowed me to manipulate and freeze objects in the world, and a third skill was hinted at. These powers are used to solve various puzzles that block you from the exit, such as destroying the ropes on a drawbridge in order to lower it.

Most of these puzzles were rather simplistic at this point and I was okay with that, but I hope more will be done with the exploration aspect. The levels I played, with the exception of two, were all designed with a lot of open space to it; right after the introduction you arrive in a huge desert setting and the draw distance shows great mountains in the distance, yet the game marked a very clear path I was supposed to follow. Of course, being the rebellious man that I am, I went against it and walked around till I reached the invisible wall, but found nothing of interest. This was a recurring problem; there are few things outside of the main objectives to interact with or find, aside from a collectible that gives you snippets of story. 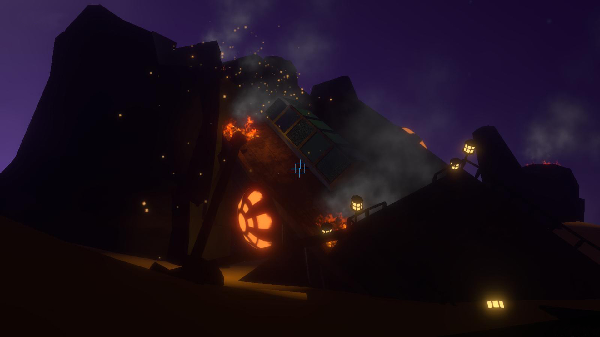 I figured that maybe seeing the design of the areas was the reward for exploration, but I found the visuals, as well as the presentation as a whole, to be rather underwhelming. The flying boat was a nice start, but the desert was rather bland and the futuristic settings that followed after it has a bit of a Halo and Tron vibe going on. After that I was sent to a jungle stage, at which point I started to wonder what was supposed to be “surreal” about it all. The flat and jagged style they went with also felt out-of-place to me and just wasn’t pretty to look at. Jagged is also how I would describe the voice-acting at this stage, as the hologram of a woman gave me instructions I couldn’t hear, and then repeated “try it now” every four seconds while I ran around trying to find what I had to do.

I think Soul Axiom has a lot of potential and it certainly released in early access in a better state than a lot of other games. I would like to think, however, that exploration leads me to something interesting, like heart pieces in a Zelda game or a hidden chest in an RPG, and the surrealism is mild at best, meaning the two biggest selling points of the game fall flat for me. Perhaps all the amazing bits are still in development, in which case I look forward to when the game is finished in spring 2015.