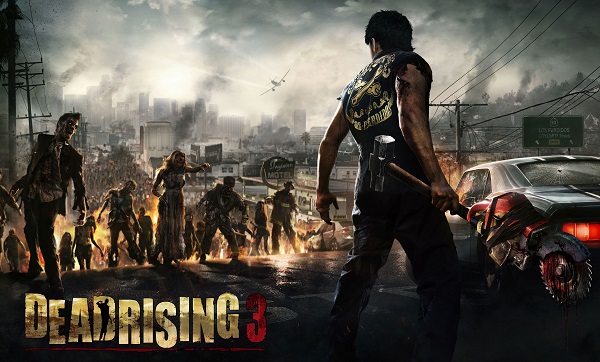 At Gamescom, Microsoft presented Dead Rising 3 in a 20 minute behind closed doors session played by the game’s developers. Find out about all the crazy stuff Capcom Vancouver is planning for their latest installment below.

Our hero this time is a full-blown mechanic, which opens up a wide spectrum of new features to the game. Because of his expertise, Nick will be able to craft a variety of new parts available in the environment into powerful tools. In the demo Nick uses a hammer and attaches a chainsaw to it, creating a ridiculous weapon that one could only expect from this series. Crafted weapons can now be stored in a so-called safe house, so you don’t have to run to certain places anymore.

Unlike previous entries, Dead Rising 3 will still offer the humor its predecessors became famous for. Nick Ramos is faced with bigger hordes of zombies thanks to being on next generation hardware. Instead of visiting a themed location, such as a mall or casino, Dead Rising 3 puts players in an entire city. Additionally, the open-world approach allows players to find alternate and more diverse paths. The dev’s kept repeating how next-gen power helps to really push the envelope with this game. 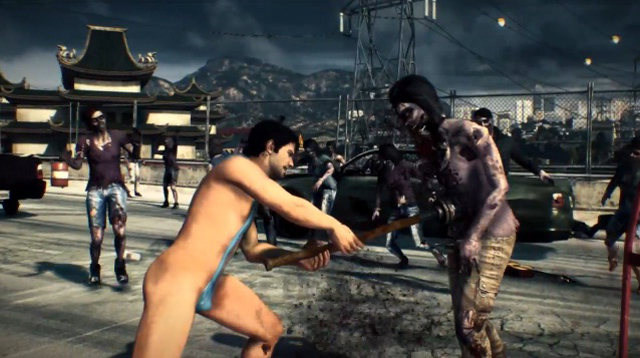 The series’ iconic countdown timer can still be accessed in this game, but only if you play in the new Nightmare Mode. It’s now up to the players if they want to have this additional counter running out or not. This option allows for a classic Dead Rising experience or a simpler one that allows more freedom.

We were told that a lot of work has been put into making the zombies more clever, diverse and easily alarmed to acoustic and visual signals. In co-op mode players can scream via Kinect incase a friend is surrounded by a horde of zombies to move them into a different direction. Hordes can become rather dangerous due to their numbers.

This is where vehicles come into play. At one point in the demo Nick charters a military jeep with attached rocket launcher to hold against an oncoming horde of zombies. Some eventually cling to the jeep, trying to smash through the windows. Since Nick Ramos is a mechanic–quite an impressive one we have to admit–he can combine such oddities as a tar roller with a motorcycle. A tar roller is slow on its own, but when combined with the speed of a motorcycle, zombies couldn’t help but flattened gruesomely and humorously. And it doesn’t even end there. Nick was able to attach a “spitfire” device to incur even more damage, so we ended up with a speedy, burning zombie destroyer. 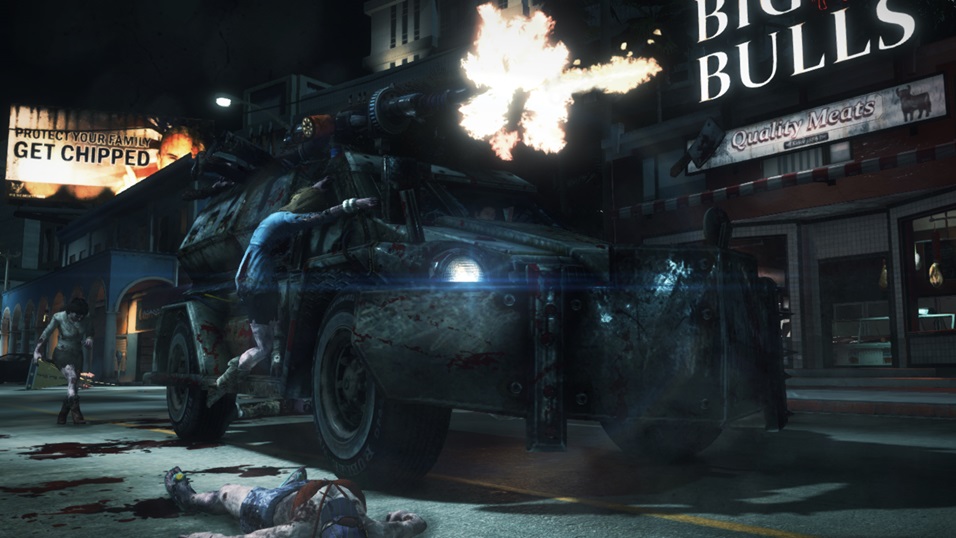 Weapon variety doesn’t end with mechanical devices, though. In one part of the demo Nick mixes whiskey with some sort of other liquid which causes his breath to spit fire–similarly to the milkshakes that could be created in the previous games. Quite an effective method to defend oneself against those lurkers. We expect to have a lot of possibilities by mixing various substances.

For those who like to play dress-up, Dead Rising 3 will of course have hundreds of customizable costumes and clothing accessories which can now be stored in a closet for future use.

Xbox Smartglass support allows players to get missions via smartphone. The developers mentioned that there are exclusive missions only available by using SmartGlass devices. It can also be used to call your friends to join, get new weapons, activating special powers or simply check out your to-do list. Like in the past games, information will be supplied through a radio transmission, optionally – if you use smartglass with your phone – you may actually have to answer your mobile device to receive the details about your next mission. Dead Rising 3 combined with this feature apparently transforms your private phone to the one you use in the game. You can even call for military support. This is a nice optional feature to get more out of the game.

Towards the end of the demo the lightning system gets a mention and they apparently had a lot of fun implementing some platforming elements. Also the fact that they “never intended” to reach COD players becomes absolutely apparent seeing the demo.

Finally, they show us the most powerful weapon in the game. Nick places a mega bomb and “walks away like a badass”. The detonation hits and we can see the kill-meter go up to over 300 zombies. Woooo!

So far, Dead Rising 3 doesn’t appear to have lost any of the previous titles’ charm and, much like the first game, the option will be up to the players if they want to enjoy the game in a funny or more serious tone. Assuming the Dead Rising 3 is as fun and entertaining as this preview indicated, it could very well be a solid contender for a must-have on Xbox One.