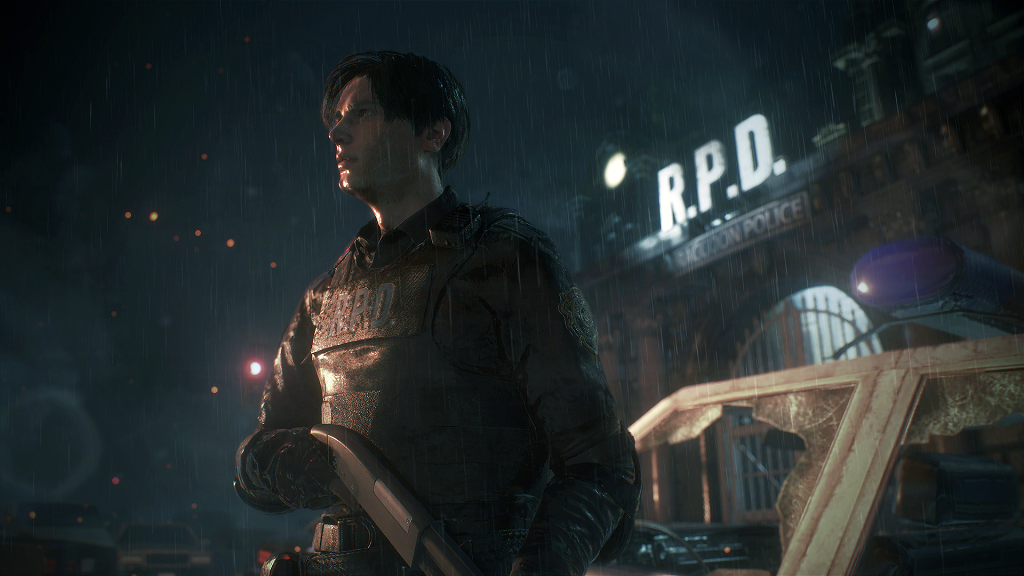 Ever since Capcom announced they were remaking Resident Evil 2 back in 2015, I was unsure I even wanted to see it. It’s one of those games that so wholly nails everything about its genre expectations and is so tied deeply into our nostalgia, that it was hard to imagine a modern adaption could come close to reaching the heights of the original. At E3 2018, I was able to go hands-on with the remake, still filled with that sense of doubt right up until the moment where I hit ‘press start.’ After playing the demo for myself, to say crow was eaten would be an understatement, this was more like the crow bursting through a window after me.

Note: For the demo only Leon’s campaign was available, but the developers assured us that Claire will still have her own campaign as well.

When it comes to updating Resident Evil 2 to meet modern standards, what stuck out the most what the presentation. This may seem like a no-brainer, but the detail in the environments sells the whole idea of a virus-that-makes-monsters outbreak far better than the original did. The main hall of the police station is littered with medical stretchers, first aid supplies, makeshift operating tables, and signs of panic. Rooms are dense with minutia; it adds so much to the narrative in the sense that this feels like a city completely overrun by the undead like it hadn’t before. 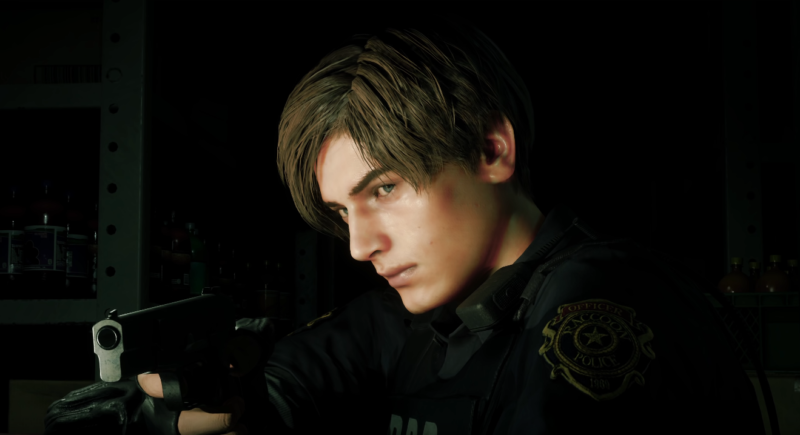 Resident Evil 7 had already turned a lot of heads when it debuted with Capcom’s RE Engine, and Resident Evil 2 takes it a step further. The police station is dirty, full of leaky pipes, hallways illuminated in faint squad car lights, and you can practically smell the bodies littered about due to how detailed they are. This is one of the most stunning games I’ve ever played, and that helps the atmosphere feel very thick.

My only complaint from a visual standpoint is the game was capped at 30 frames per second. Resident Evil 7 looked stunning and even the aging base PS4 could maintain 60 FPS for the duration of the game. Here things were not nearly as smooth. I didn’t clarify with Capcom if the demo was playing on a base PS4 or the Pro (the console wasn’t visible), but in either case, it wasn’t silky smooth.

There’s always been a great deal of concern over the camera and controls for the remake, particularly due to fans wanting to preserve their memories of the original. I was in this camp as well to a degree, but after playing the demo, all apprehension faded completely. The over the shoulder camera adds tremendously to the horror atmosphere in a way that the fixed cameras of the original did not. Every time a zombie latches onto you, it’s right in your character’s face, creating an intimate biter-on-bitee perspective. Additionally, there are new sequences where you explore dark hallways with a flashlight. Being able to illuminate a hallway with your control adds a lot to the tension, peeling away the darkness at the risk of your own safety.

The combat was fairly in-line with Resident Evil Revelations, where a fixed reticle appears on the screen whenever you aim. The laser sight system from Resident Evil 4 isn’t utilized in this remake, unfortunately. A fixed reticle works fine, especially against slow shambling zombies, but the laser sight system of RE4 has always felt distinct from most third-person shooters and more satisfying to me. 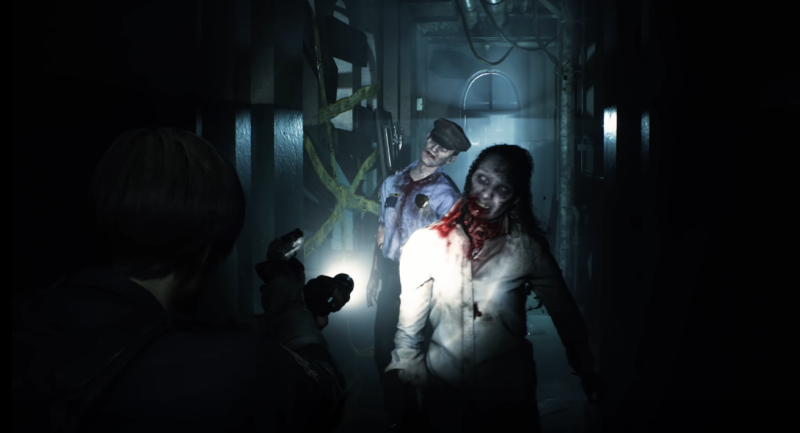 A big addition to combat is how Resident Evil 2 utilizes the knife. If you remember from the 2002 remake from the original Resident Evil, defensive items were added to deal with foes that got a hold of you. This mechanic returns albeit with a bit of a different twist — now it’s tied directly to the wieldable knife you carry with you. Basically, if a zombie latches onto you, an on-screen button prompt will appear, and if you execute the command quickly enough, your character will shove the knife into the chest of the zombie-causing them to fall to the ground and allowing you to escape its clutches. You can even pick the knife back up off the enemy once you’ve defeated them!

One of the reasons Capcom opted for an over the shoulder perspective was no doubt due to accessibility; the classic tank controls are often an issue for many newer players. Ironically enough, the only pressing issue I had with the demo was the controls. There was a bit of input lag, maybe less than a half a second, but it was enough to be noticeable. It was most apparent whenever aiming. In our gameplay footage, you can see there were a few moments where I struggled to hit the zombies in the head, and that was because of the input lag. It was really hard to make subtle, tight movements because I had to lean on the analog stick at points. Similarly, character movements did not feel quite right when turning or making a sudden course correction; it hurt some of the more tense sections cause I had to fumble around with the movement. I would not be concerned with the input lag by the time the final game comes out. however. Annoyances like this will no doubt be ironed out by January.

One of my biggest concerns about the remake was whether or not they were going to include puzzles in the vein of the original. I’m quite pleased to report that the demo was rife with the sort of puzzle that Resident Evil fans will love. Like the 2002 remake of Resident Evil, this remake takes classic puzzles and remixes them. For example, the fountain puzzle from in the main hall of the police station is back, but this time you need several medals to solve it rather than just one (note: I did not have enough time to solve this one before the demo was over). There are also brand new puzzles unique to the remake. One of the tougher ones involved examining the initials of several police officers and inputting the correct combination into a padlock — there was a reasonable degree of challenge to it.

The 2002 remake smartly remixed and added to the level design of the mansion from the original game, and events in the story played out differently as well at times. The same applies here; for example, in the original Resident Evil 2, Marvin Branagh was located in a room in the northwest corner of the main hall where you spoke to him very briefly before he sent you on your way. In the remake, Marvin meets you in the main hall and gives you entirely different directions from before. He also feels more like an actual character in the remake, spouting many more lines of dialogue than he had before.

Similarly, the layout of the police station has been remixed. The hallway in the south-east side of the main hall, for example, is vastly different than in the original. A couple of the same rooms remain, but you must climb under a shutter to get in the hallway this time around. There’s also more entrances to the same rooms as there were before. These types of changes provide a fresh feel to the environments some of us knew every detail of in the original Resident Evil 2.

Not long before the reveal at Sony’s press conference, I wrote a feature on some of my concerns with the impending remake of Resident Evil 2. After spending some time with the game myself, I feel silly for being worried at all. Everything that makes Resident Evil 2 a special game is present, and the new additions change thing up enough to where it feels fresh but not unfamiliar either. This is a real survival horror game, with a coat of paint that will tickle your nostalgia and make you fear the streets of Raccoon City once again.