Released on Steam last week, Virus 14 is a zombie-themed strategy game from the Malta-based indie studio FarrugiaSoft. Formerly known as “Conniption“, this game doesn’t put you in the shoes of the desperate survivors or the heroic military, but rather the shambling zombies.

The game is in Early Access and after launching it, I was met with immediate disappointment. Both the campaign and World Domination mode are not currently available, nor are they planned for the next patch. In these modes you actually manage the disease, setting up hives, mutating your strain, and choosing where to strike next. I am actually pretty hyped for this, because it sounds fun to surround a city by taking over the surrounding farmland, forming a giant horde, and then sending it all crashing into the suburbs and business districts. While in this mode, humanity will also strike back with vaccinations and air-strikes, as well as setting up quarantines and evacuation zones that you can overrun. It’s all very exciting and interesting stuff that isn’t here yet, so instead I had to play skirmish, since that is the only mode currently available. 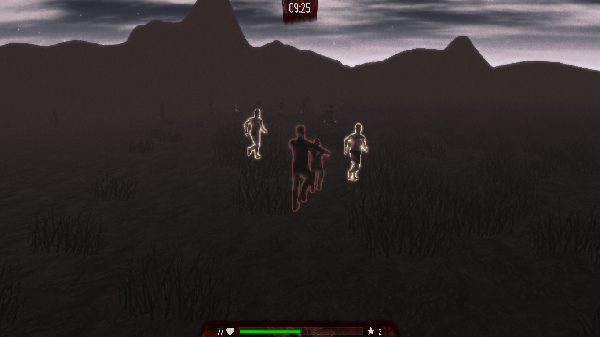 In a skirmish mission, you are directly placed into the map with a simple task to complete. In the two missions currently included, those are either killing all the humans or getting to a specific target. Virus 14 controls differently from other real-time strategy titles, however, since instead of dragging your mouse across the screen to select your zombies, you must move the camera behind them and then press & hold the right mouse-button. All zombies on camera will then be selected and you can move them around with the camera controls (WASD + the mouse). When close to humans, you can then press the left mouse-button to send your army into a frenzy, attacking any targets that were in range and on camera when you clicked.

While not too difficult to figure out, I found these controls to be somewhat impractical. It’s easy to miss some zombies while selecting and it would be a massive improvement if units automatically joined your horde as you move past them, rather than forcing you to stop every few steps to add them manually. A recent patch did add a “horde call” that regroups all nearby zombies, which made the game a lot easier and pleasant to play. The AI does need some more work, since right now neither the humans nor the undead are particularly intelligent. Oftentimes zombies would randomly stop attacking or humans would run away in the direction of even more danger. Armed enemies, while powerful, don’t employ any tact either and stand perfectly still where they were spawned instead of patrolling or concealing themselves. 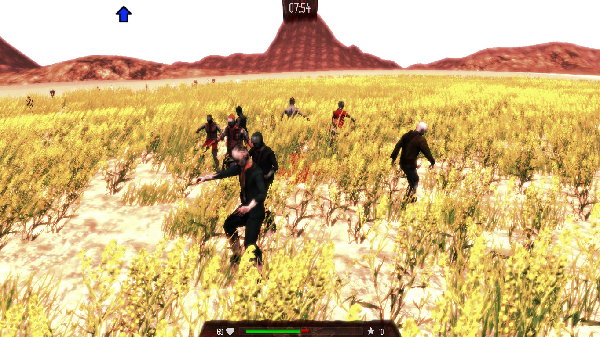 It is pretty enjoyable to watch your blighters charge into a group of screaming civilians, however. They start to panic and run away, get tackled and picked off, then join your army and go after their former friends and family. It’s a fun spectacle and I can only imagine it will improve when the missing modes are added. Eventually soldiers will move into the stage and attempt to defend against you, which can be a bit tricky to overcome. Each skirmish mission shows how strong the military presence will be, but even on the lowest setting they can pose a decent challenge.

Again, it’s a shame the game doesn’t feature a traditional drag-to-select system, as that would allow you to deal with them more tactically, like sending a small team in their direction for distraction and then strike from behind with another. Helicopters are also included in the release-version of the game and will fly over the map, occasionally attacking points where zombies have gathered. It’s a fun extra factor to deal, though, I would appreciate it if the game accounted for friendly fire, since often humans were caught in the gunfire as well and remained completely unharmed.

I hope FarrugiaSoft will consider these suggestions, since the core of the tactical combat is fun and rewarding. A few changes here and there, like zombies joining groups automatically and a more accurate way to select units in general, would make it shine all the brighter. 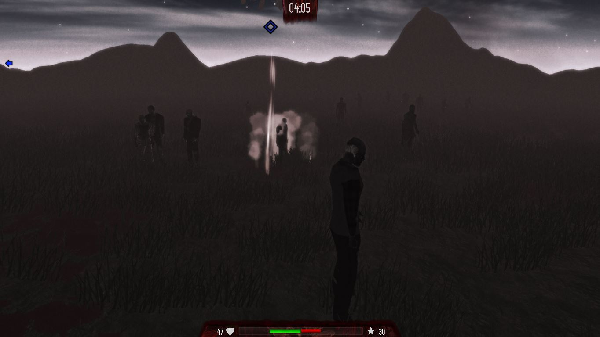 Another area that needs a lot of improvement are the visuals, since the only time I could enjoy the game properly is when it was in daylight. Any other weather type and it would be near-impossible to see anything, as you might have noticed from the pictures. By hitting tab, you can switch to a mode that highlights life-forms, making it easier to find your way to tasty humans to eat, but this fills the screen with vibrant colors, so you can either not see anything due to fog and lack of light or have your zombie apocalypse feel like a night at the disco. During busy moments the framerate would drop significantly, making it even more difficult to enjoy. The textures and models are also not that great and, while I usually wouldn’t mind that in a strategy game, here I need to move the camera up close to control the units and see it almost constantly.

For these reasons, I can’t recommend getting into the early access, especially when you consider the only content currently playable are two 10-minute missions. Still, once the campaign and world domination mode are added in (I will let you know), as well as the promised multiplayer features, the game should be a lot more appealing and I see a lot of potential in its premise. The gameplay and visuals could also do with some refining, which is just a matter of time for the most part. If you really can’t wait to create your own zombie virus, then instead I would recommend Plague Inc. Evolved, which lacks Virus 14‘s real-time elements and campaign, but is much further in development.