Hands-off Preview: The Evil Within 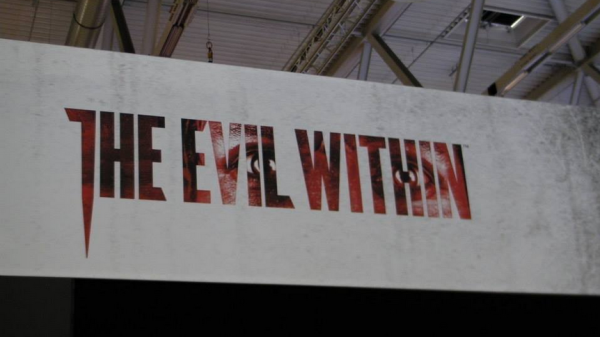 Shinji Mikami’s much anticipated resurrection of the survival horror genre, The Evil Within, was shown at Gamescom in a 30-minute gameplay presentation.  The gameplay video gives us an idea of what to expect when the game releases on current and next-gen consoles in 2014.

The first part of the demo, simply titled Prologue, shows how Sebastian is trying to infiltrate the Beacon Hospital together with his colleagues.  Before entering the place, Seb (it’s his nickname) slowly makes his way to the front door of the Beacon Psychiatric Hospital.  It’s raining heavily and the rain is making wonderful effects on the screen.  Upon entering the creepy hospital, Seb makes first contact with a mysterious, invisible enemy and finds himself hanging upside down in the butcher’s room shortly after. Now most of you have probably seen the scene where Sebastian has to sneak behind the butcher to get the keys so he can leave. 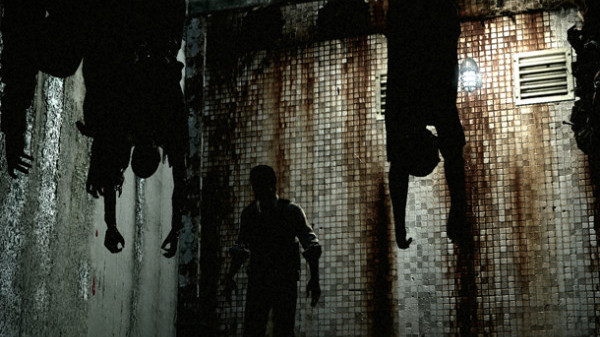 It was great to see this on the big screen, as the game is so detailed that you can almost smell the rotten bodies.  Small details like flies, blood spatters and drops, dust and an overall “smoky” image, which may or may not have been achieved with a grain filter. Once Sebastian moves on, things seem to get more dirty, particularly once the butcher finds you.  Some heart-pounding hiding and running away quickly follows.  Sebastian takes away quite an injury with the butcher wielding his chainsaw which kind of results in some funny animations.  We couldn’t tell if an injury would make you move like a wooden stick that’s half broken in the middle, though.

In these next scenes, our injured hero is really just trying to survive: hiding behind tables and running away.  These are some pretty intense scenes and every real horror fan will definitely appreciate them.

There’s an abrupt ending to this part and then we’re taken straight to the Perth House, a little later in the game.  In one part of the presentation, we get to see how Seb is picking up a few bullets and heals himself with an injection.  Once more, we experience the love put into all of the details.  If this level of detail is present throughout the entire game, we’re set for a really atmospheric experience.

Further exploration leads Seb to find two mines he will need for an upcoming trap.  He reaches a room, sneaks out of the window, and you can see half a dozen enemies with flambeus moving towards the building he is in.  Seb places the mines below each of the two windows and watches how the impact radius wipes out the first three enemies.  In this scene, it’s apparent that there’s still work to be done on animations and frame rate, but hey – Mikami’s team still has a lot of time. 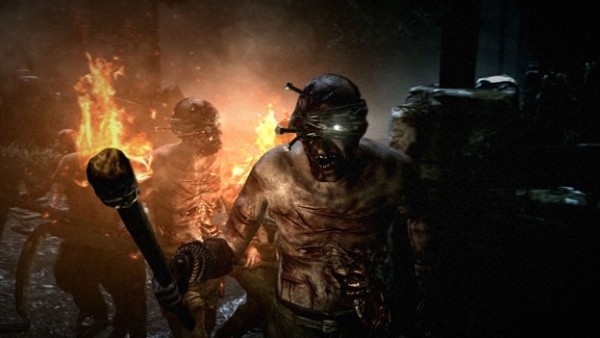 While these enemies don’t look like ordinary zombies, their moves are pretty slow – and if a comparison is allowed here, it reminded us of a mix between Resident Evil Remake and Resident Evil 4’s monsters.  That’s not a bad thing at all, and surely the story will add a dash of Silent Hill as well.  Luckily, there seems to be a variety of enemies and once Mr. Castellano appears to have the zombie-like ones under control, another large beast with too many arms and legs turns up and ultimately kills him – and the presentation ends here.

Overall, the gameplay left us pretty impressed, especially with the attention to detail put into each and every scene. We’re confident that The Evil Within is going to turn out amazing for all the fans of real survival horror.  The only negative we can see so far would have to be frame rate issues and some of the animations, but as said, there’s still plenty of time to iron those out by the time the release date hits.

The ingredients are there for a true survival horror experience, and the cook is one of the most respected individuals in the industry.