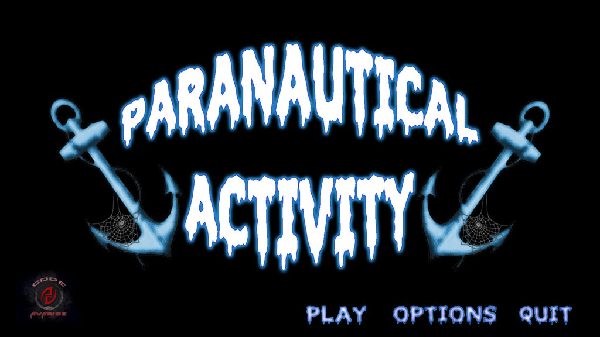 Before we start, I’d like to remind everybody that the game is currently in its beta stage, so I won’t be going in-depth about subjects like optimization and the amount of content, since those are likely temporary issues that will be resolved when the game officially releases. It is, however, important to note that the game currently runs at a horrible framerate, making it almost impossible to play from time to time. There are also game-breaking bugs spread around, so I highly recommend avoiding the early access.

Paranautical Activity is a first-person, rogue-like shooter that was recently released as an early access title on Steam. The game seeks to combine The Binding of Isaac with the gameplay of Doom, which means it’s a fast-paced shooter in which you go through randomly generated levels, fight bosses and earn power-ups.

The power-ups in the game are very reminiscent of Isaac; they can be found in shops or on the corpses of (mini-)bosses and, upon picking them up, it will show you the name of that item and a brief description. Most items increase your stats or give you new abilities, such as double-jumping or throwing poisonous bombs. Along with the general concept, however, Paranautical Acitivity also copies all the flaws of the system; items tend to have ambiguous descriptions and there is no way to know what an object will do until you pick it up. Additionally, you may sometimes gain items that don’t fit the kind of play-style you’ve been using or counter something you found earlier. 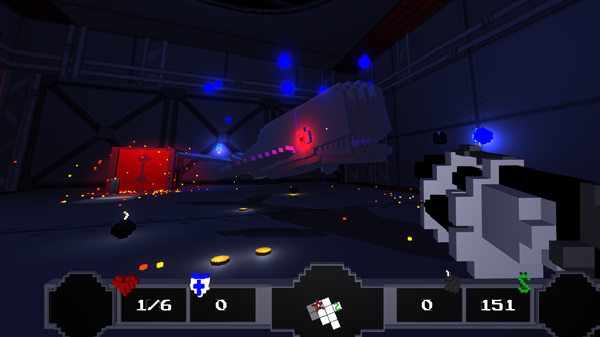 Enemies, on the other hand, have more in common with Doom, and I like them a lot more because of it. Their designs are nicely detailed and have a blocky aesthetic to them, unlike the levels that use regular textures. Most of the enemies fire bullets at you that vary in color, but each projectile also has unique properties–the moths, for example, have homing shots, while the Cyberdemon (and I am going to keep calling it that) fires salvos. It can make for some pretty hairy situations when they start teaming up on you. Boss-fights are equally creative and fun, especially since some of them can easily turn the fight into a bullet-hell shooter.

The overall gameplay is currently severely lacking in depth, however, as most situations, can be resolved by running around the room and shooting everywhere. Even without the horrible framerate, a lot of weapons feel useless, like the crossbow that, while doing a lot of damage, is near-impossible to hit with. Compare that to the grenade launcher which does almost the same amount of damage and can hit multiple opponents at once, the choice is simple. I also don’t really feel that the run&gun gameplay of Doom is improved by the perfectly square rooms that each encounter takes place in, as it takes away the player’s ability to approach situations from multiple angles, as well as making exploration utterly useless.

The levels themselves aren’t really interesting either, since most of the textures appear to have an industrial style to them, which got dull rather quickly. I never managed to get to a stage with a different style to it and I couldn’t find any screenshots of ones that do, so I am not sure if they have yet to implement any or intend to keep it this way. Regardless, the rooms themselves aren’t really interesting either and could really use some better environmental hazards. The many stairs that are used in the design of rooms are also a problem, since the player character constantly gets stuck under them, which almost always means you’ll take a hit or two. 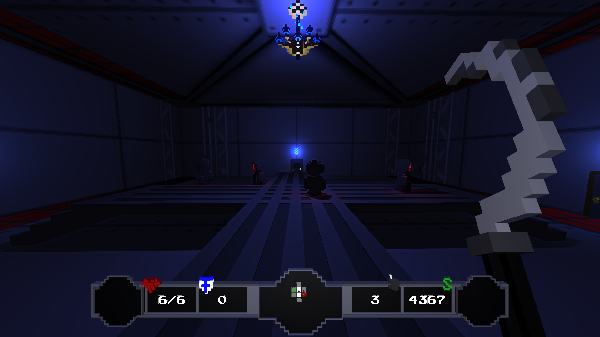 Paranautical Activity has the potential to be a very strong rogue-like with some pretty rad enemies and items, but it’s also pretty dull at this stage in development. The combat in particular really needs to get sorted out with a more balanced variety of weapons and larger hit-boxes for enemies. I am, however, not sure if the game has the right idea about level design, since it doesn’t have either the variety and environmental hazards of The Binding of Isaac or the maze-like structure of Doom, instead opting to use rooms that try to include both. While other issues can still be resolved before a final version is released, I fear that the level design might be an unsolvable flaw.