Montague’s Mount, developed by the one-man studio, PolyPusher Studio, is a game that will draw some comparison to The Chinese Room’s Dear Esther. Both games feature a protagonist that arrives on an isolated and seemingly uninhabited island, occupied only by the sounds of lapping shorelines, wind, and a beautiful, yet haunting score. Accompanied by only their thoughts, both Dear Esther and Montague’s Mount‘s protagonists create the narrative through self-reflection audible to the player. Both experiences heavily rely on the narrative to drive the cryptic story forward, steadily unfolding as players in each game approach new areas on their island. Despite similarities, the two titles differ in a very important aspect: gameplay. What separates Dear Esther and Montague’s Mount is that the latter includes puzzles to give players objectives and goals throughout the course of their journey.

The island of Montague’s Mount is a somber place, devoid of life and color. Its former inhabitants litter the land as corpses and, quite possibly, as restless spirits as well. The game employs a heavy grain filter, accentuating the aesthetics of the miserable island that our character is left to explore. The developer of Montague’s Mount injected a lot of Irish influence into the game, from the main character and the island’s location, to the implementation of the Gaeilge language when examining objects of interest; this is a neat inclusion that I felt helped establish the setting, a bit. The game itself is said to be inspired by real life events from PolyPusher’s Matthew Clifton, rewrapping his emotional experiences into a metaphorical retelling.

My short time within this Irish locale had me solve several puzzles. Using the in-game compass, I had to locate and activate several switches. Prior to that, I had to find fuel to power a generator. This sequence of puzzles eventually led me to a new area where I needed to collect gears and candles in order to open a gate. The puzzles themselves, at least based on the preview, were fairly simple, but arduous. Like Dear Esther, Montague’s Mount includes a slow walking speed. While I understand the purpose of this, and the desire for players to appreciate the environment around them, it only causes frustration. An unsuccessful search leads to backtracking at a snail’s pace. Hopefully, PolyPusher will consider this and allow players to make use of the Shift key to increase their walking speed a bit, in the final game- a decision that may go against how the developer wishes people to experience the game, but one that would go a long way to making it more enjoyable. 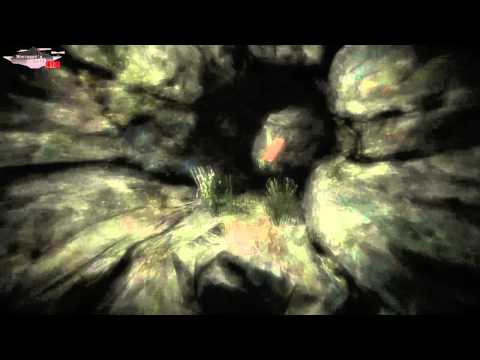 Montague’s Mount offers exactly what I would have liked to see from a game like Dear Esther; a bit more depth to its gameplay, variety, while still offering a potentially thoughtful and rich narrative. Based on this preview build, I’m still interested in what Montague’s Mount has to offer, but hope that its developer is confident enough to give players the option to navigate through its world at a speed better suited for accomplishing objectives.

Montague’s Mount is currently on Steam Greenlight. Go vote for it if you’re interested.