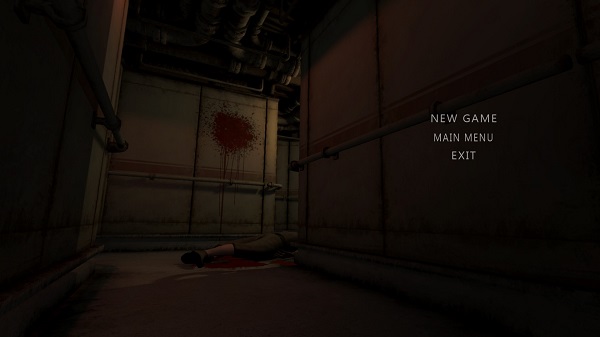 We have frequently covered Monstrum in the past, so I was pretty excited when I heard the game had reached a playable state. While I can’t claim to be the biggest fan of horror games wherein you navigate dark areas with invincible monsters roaming around, I am very fond of titles that use randomization of their levels and items. This game also happens to take place on an abandoned ship, which means there is a huge chance that the enemy designs are going to take inspiration from sea creatures, which as a fan of the works of Junji Ito, The Thing That Drifted Ashore and The Seashore in particular, I simply couldn’t miss out on.

The version I got to play was 0.1 and was accompanied with a fact sheet that detailed all the known bugs, errors and glitches, which for that reason I won’t mention in this preview. With that said, I will say that the game looks pretty good for such an early build; environments look bleak and depressing, lots of scenery has been covered with rust and, most importantly, everything is designed like the ship was actually inhabited at some point. While the ship itself was kind of small at the moment, you could clearly see that the art-department wasn’t cutting corners and if they make some more items to litter the various cabins, then I could really see myself believing this boat was a jolly place only recently ago. 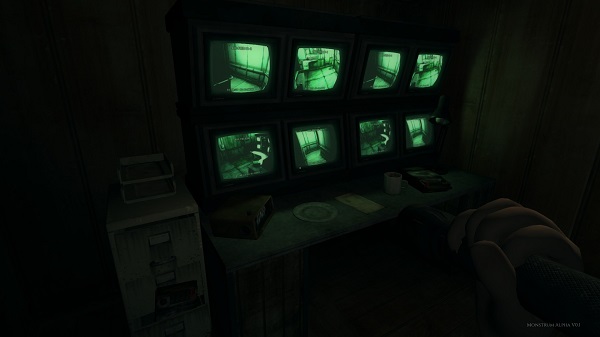 Our main character was presumably one of the inhabitants at some point, as he wakes up in a cabin with a note and flashlight lying on the floor. The note claims that he was sick when strange things started happening on the vessel and that a friend wanted to escape via a lifeboat. As I explored the ship, I ran into several other notes from various people that gave an idea of what has been transpiring lately. It’s a very standard method of storytelling, but it’s done fairly well and I never felt like the game needed anything else besides these notes and the visual language of the environments.

As the note explained, the goal of the game is to find a way to leave the ship. The final game will have a lot of different methods, but in the current version the lifeboat is the only option, which tragically appears to have a tear in it and has to be repaired. This is your incentive to explore the different floors of the boat, you have to find the mandatory items, but you can’t just do this at your own pace. Not only are there Amnesia-styled monsters walking around the place, but there are also traps and security cameras that will make it difficult for you to search everything.

Aside from items that are needed to open up escape routes, there are also a few that can be used anywhere to help you survive. The flashlight that always spawns in the first room is an example of this and can be used to lighten up dark areas, which is a rare necessity at the moment, but may become more relevant when areas like the engine room are added to the game. The items spawn in set locations in each type of room, meaning that once you recognize a chamber, you will instantly know where to check. I didn’t really mind this so much, since you never know what kind of rooms you will run into or what item appears in it, but this did mean that I never spent much time looking around; I simply entered the room, checked the potential spawn locations and went away again, which took some of the stress away. 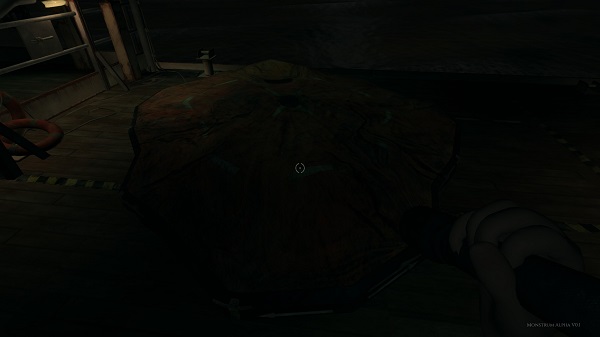 The monster I had to deal with in this versions was fairly well-designed, though, and had this ominous, red light that betrayed its position, kind of like those deep-sea fish with the light organs in their bodies, but slightly more hellish in nature. It will move towards your location if you make noise and start to actively chase you if it actually sees your character, at which point it becomes difficult to shake it off. Boats are not the most open environments, you see, so usually running away would cause me to end up in some kind of small storage room with no other exits. A few times I managed to escape to the outside of the boat and drop down a floor or go around a few corners and hide in a locker, which eventually made the monster give up and leave, but most of the time getting spotted was a death-sentence.

The AI at this point is rather unpredictable, but this does make the atmosphere more tense. Some of the scariest moments I had in this game happened whenever I was searching a floor and suddenly found a door that I knew wasn’t opened by me, which was a lot more frightening than any scripted sequence could hope to be. Even after several playthroughs, I was still discovering new tactics that the enemy employed, so I am eager to see how much more complex it becomes when different monsters are added. 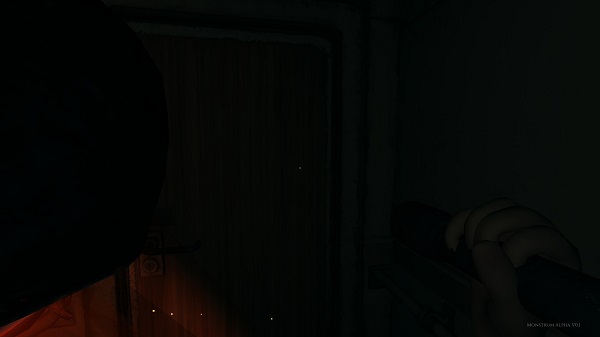 The only mechanic that really bothered me was the random tripping, which seems to happen when you run at awkward angles. The game will prompt you to get back up by mashing a button, but considering the monster runs at almost the same speed as you, it could also result in a rather cheap instant-kill. An in-game options menu would also be nice, since currently all I could manipulate was the resolution and switch between three graphics presets or Oculus Rift mode.

Considering this is only version 0.1, I am very much impressed with what Team Junkfish has created and if future updates resolve the known bugs and add the remaining monsters, escape routes and traps, then the finished product should definitely warrant your attention. As I said at the start of the article, I am not a fan of this style of games, but Monstrum’s puzzles were light enough to keep me interested regardless. And who knows… one day I might just escape the boat.