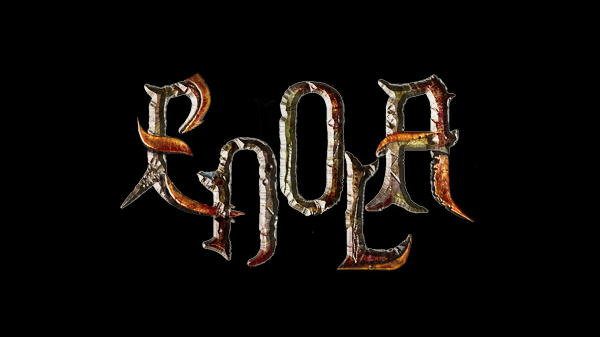 Enola is an adventure horror game about love, hate and death.  It’s not the kind of horror game that only wants to fright you, but to hurt you emotionally and stick with you.  Were that any other kind of game, we’d be a little worried, but not in the case with Enola.  Enola stays away from asking the player to fight off monsters and zombies and doesn’t rely on supernatural-type horrors.  Enola’s kind of fear is human – the slow-burning kind.  In an industry that is absolutely flooded with jump scares and overt horror tactics, it’s refreshing to see games like Enola challenge the status quo.

I got a chance to play a preview build of Enola, courtesy of developer The Domaginarium.  Now even though you can technically go and buy the game through Desura, Gamersgate and through the developer’s website, it’s in the alpha-funding stage.  So it’s not quite finished, but in a playable state.

Enola puts in you the shoes of an unnamed woman looking for her missing girlfriend.  You start the game in what appears to be your house (a pretty nice-looking one at that).  Your character calls out for Angelica, but she’s not there – she’s nowhere to be found.  There’s no deep exposition here, no long, dragged out introduction.  Angelica is missing and the world you thought you were in is actually not.  The roof rips right off of that lovely little home, your character screams in terror and you end up on a deserted island.  See, Enola is “alone” spelled backwards, and it took me far too long to figure that out, so I figured I’d just tell you. 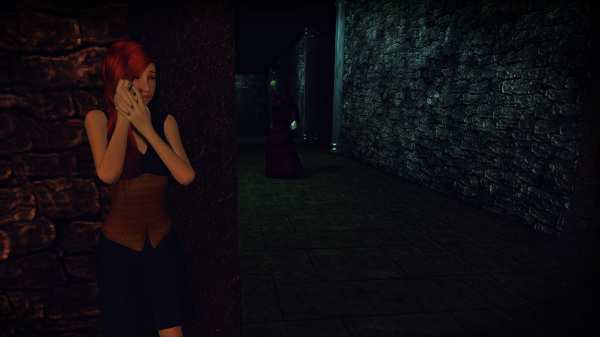 What you’ll notice first about Enola is that there’s very little hand-holding here.  Sure, you’ll find the information you need if you scour the landscape hard enough, but the game isn’t going to tell you which way to go or where to find what you’re looking for.  I’m not going to lie, there was a good chunk of the game where I had no idea what to do.  When a game does this, it always makes actually figuring things out so much more rewarding.  So if you’re looking for crystal clear objectives and straightforward solutions, look elsewhere.

Where Enola really excels is in creating a unique, creepy environment.  This game kept me on the edge of my seat even when I knew that nothing was going to happen.  It almost lulls you into a false sense of security – you know that something, anything will happen but it doesn’t always.  It’s one of those games where you will be literally jumping when your flashlight graces along the legs of an end table or dreading the idea of a strange noise being more than just the wind.  Enola also lets you in on how dark the story is right out of the gate.  Within the first couple of minutes of playing, I found myself muttering “Damn, that’s dark.”

So I’ll say this again, Enola is a work in progress and there are still improvements to be made.  However just from my preview, it’s clear that Enola has a good thing going for it and it is definitely a game that you should check out.  If you’re one of those types that doesn’t like the idea of paying for a game that isn’t finished, you can always support the developer through Paypal via their website.  Even if you’re not the paying kind, you can always help by voting to get the game on Steam Greenlight.

If you’re one of the many horror enthusiasts who are tired of the same old run and gun jump-scare thriller, Enola is a game you should be keeping an eye on.