I want to start this piece off by saying that I recommend avoiding the Early Access version of Breach & Clear: Deadline at all costs if you were considering buying into it. In that regard, this might as well be a public service announcement, since the game is in a very poor state indeed, to the point that prior to a patch I couldn’t even finish the tutorial level because of an unavoidable glitch. The game oftentimes barely works, with characters getting stuck on scenery, running off into the sunset for no apparent reason, and game-breaking glitches ruining my experience. Instead, I will assess whether or not I see any future potential in the game based on my first impressions.

As a fan of the original Breach & Clear, this spin-off felt a bit odd to me right from the get-go. Instead of selecting missions that put you in a tiny map with the objective of taking down all the criminals or reach an objective, Deadline puts you in one enormous map filled with zombies. You take control of a squad of four soldiers who recently survived a helicopter crash and are now stuck in the heart of the zombie apocalypse. With limited supplies and no way to get out, you must command these men as they scavenge for ammo and complete side-quests for the local population.

Another big change that was made to the formula is that most action is real-time now. The iconic turn-based system in which you and the enemy moved at the same time, thus requiring you to predict their movements while planning your own, has been scrapped entirely. Instead, you move one of your four guys around and the others follow suit, usually locking onto any nearby zombie and firing at it until it dies. When there are too many, you can hit control and freeze time, allowing you to direct the soldiers with more precision. 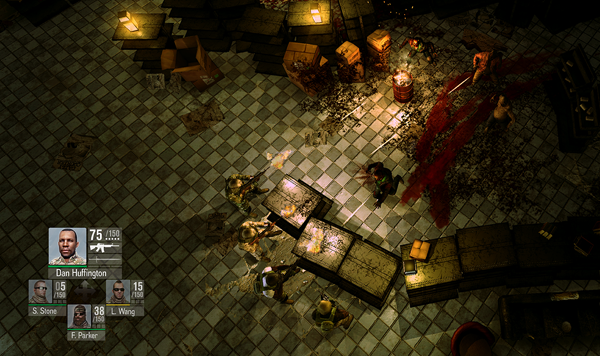 This is the game’s much-hyped “command mode” and sadly it doesn’t feel right at all. Not only is it clunky to switch between direct control and command mode, especially since the latter also has a function to make time move again that causes some confusion, the AI is also completely broken and sours any sort of enjoyment that I would have otherwise had mowing down tons of zombies, replacing it instead with frustration. The idea is that you select a soldier, click where you want to move them, and then decide in what direction they look. This direction will be the area they cover, so if any zombies enter it, they will shoot at them and hopefully end their existence. However, soldiers have no self-preservation, so if they are directly attacked, they will just stand there and take it. I would then have to direct another soldier to cover them, but more often than not they too would just stare at it until their friend died, then be swarmed themselves.

I am not sure how much of this is the fault of glitches, but the other side of the problem is that too much self-preservation would kill any need for the player to actually play. Zombies are easily mowed down and even the special infected were easy to deal with. In fact, most of them were dead before they could show off their specialty. The loading screen does show off a gigantic monster, so this might change later in the game. Even in its current state I already don’t feel too involved with the gameplay, all I really do is point to where the guys need to go and they will fight their way in that direction; I feel more like an overly-assertive GPS than someone commanding an elite squad of soldiers.

Another issue is that commanding troops feels like too much busywork. It was a rewarding feeling when you saw your tactics play out in the old turn-based system, but when you need to readjust your orders every ten seconds it just becomes a nuisance, especially when soldiers are so likely to ignore them in favor of observing the spectacle. Likewise, I found quite a lot of crates while exploring the city that contained items that could be used or scrapped for extra resources. While this might add some depth to the gameplay, I became so tired of the game that the mere thought of having to compare the statistics of different equipment made me depressed. Perhaps it would be an improvement if the game gave you attachments instead and made complete weapons more of a rare treat. 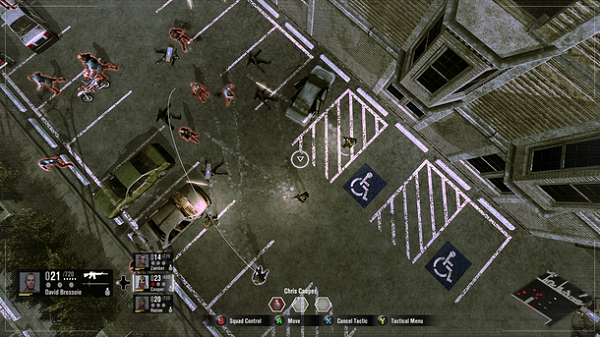 There are, however, some neat abilities you can activate from the menu, which is actually a big plus. There is a leveling system in place and you gain skill points as you level up; these are then spent on unlocking new abilities that can be either passive or require activating. The better the ability, the more points it costs.

In short, the tactical aspect of the game requires a lot of work, which in turn requires play-testing and feedback to do. This is why I am not too confident with the game’s status as an Early Access project, it feels too much like it’s asking customers to pay them for the privilege of becoming voluntary Quality Assurance workers, as opposed to letting them suggest new features and “fine-tuning” an experience that already largely works. That is a topic for another time, though. For now, I felt really conflicted about the gameplay, on one hand wishing there was more to it, while on the other hand despising the idea of having to put in more effort into something that was so frustrating to play. Hopefully this is a nasty side-effect that is resolved over time due to patches that work out the kinks in the AI and refine the mechanics.

A large portion of my apathy towards the gameplay can also be attributed to the exploration, because there is not really anything worth looking at. The game takes place in a standard, post-apocalyptic city filled with burning cars and abandoned buildings, a set-piece seen many times before. As a reward for exploration, you generally get crates, which contain the aforementioned weapons, as well as ammunition, grenades and medkits. I really doubt anything could be done to make this any more interesting short of embracing the lunacy of a zombie apocalypse and going the colorful Saints Row route with the whole thing.

As it stands, Breach & Clear: Deadline is just another zombie game available on Steam and I think that’s a shame considering its pedigree. While the gameplay can definitely be overhauled given a few months and updates have been quite frequent, I doubt much can be done about the lack of originality in the setting and premise. Along with that, the shoddy state in which this was released leaves me with very little desire to see what it might evolve into and I doubt much feedback can be gained when this game appears to be largely abandoned, unless the developers decide to start doing their own play-testing. That is not too say it’s all bad, the leveling system is definitely functional and the open-world structure feels like a more tactical and urban Dead Island, plus, if they really do make improvements to the gameplay, it will at least be a competent zombie game, worth playing if you aren’t necessarily tired of them yet.