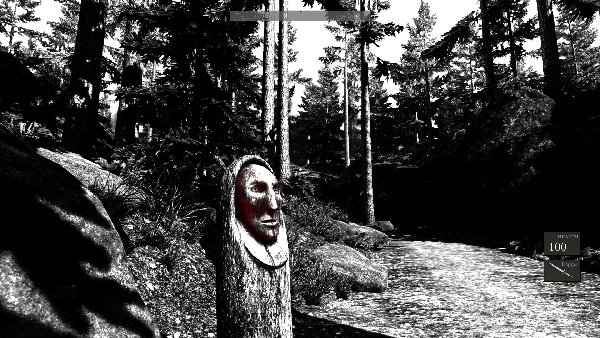 One of the games I really wanted to get my hands on at PAX Prime 2013 was Betrayer, but unfortunately due to some time constraints I was unable to try it at the show itself.  However the team over at Blackpowder Games was gracious enough to send me an early access code. So I was off to the monochromatic foreign land of opportunity, though I don’t ever recall hearing that America’s early days were this harrowing.

Betrayer is set during America’s colonial years, more specifically the year 1604. You play as one of the colonists fresh off the boat from England looking to settle in on the coast of Virginia. Though the new world is far more treacherous than was advertised before you hopped on the boat from England. Possessed conquistadors will stalk your every move, and malevolent spirits will see to it that you don’t make it far in your journey. There’s also a noticeable lack of color in the area, as if it was drained from the land. You’re tasked with finding out why this is, and what happened to the inhabitants of the nearby colony. 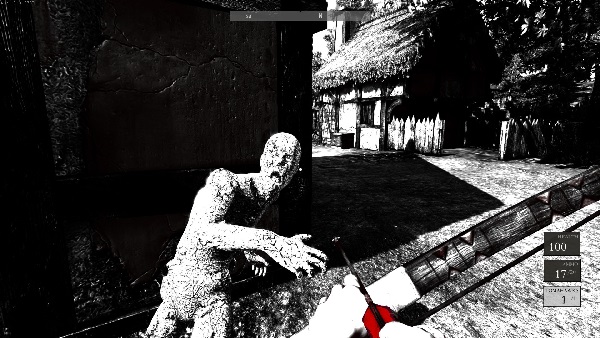 Without a doubt the most interesting thing about Beytrayer is the art direction. It has to be one of the most visually striking games I’ve ever seen, nothing in recent memory has grabbed my attention quite like this. Nearly everything is in black and white with a sort of shimmering quality to it. Much of the leaves of the trees for instance give off a short of glowing silver look. It’s quite difficult to describe, but seeing it motion is quite something. Seeing all the beautiful white trees react realistically to the wind blowing is the very definition of eye candy. Additionally there are these really clever crimson highlights scattered throughout the environments. The Conquistadors will paint the land red with their blood with your help from a well placed arrow, or items that can be interacted with will glow dark red. It’s very reminiscent of Frank Miller’s Sin City in terms of looks, which is to say it’s a welcoming feast for the eyes. 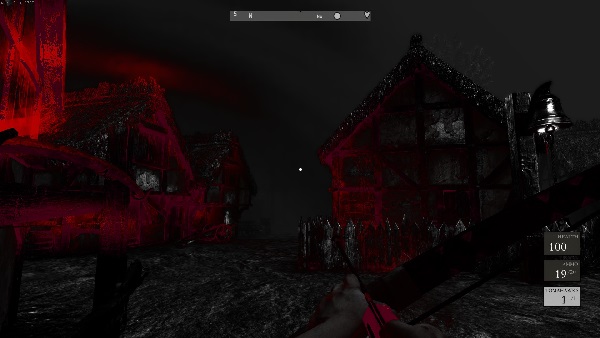 Betrayer is much more than just a pretty face though, it’s also a macabre trek through the wilderness. Exploration is key in solving the mystery that permeates the forests and settlements in the game. It’s not a game that’s going to hold your hand tightly throughout the experience, you’re expected to figure out a lot of the game on your own. In the beginning you’ll be led along a linear path that’ll teach you the very basics of combat with your weaponry like the knife and bow. Shortly thereafter though the game opens up to much larger and expansive areas, and much of the experience following that is a confusing yet satisfying learning experience. There’s no clear goal in Betrayer, that is to say there’s no waypoint or maps telling you what to do or where to go. I spent a good deal of my first couple hours playing just fiddling around with the bow mechanics, seeing how enemies reacted to certain shots and whatnot. One thing I was pretty impressed by is how the conquistadors react to your presence, in most instance they’ll charge at you should you draw their attention. However if they also are brandishing ranged weapons, they’ll seek shelter and attempt to get out of the open, hiding under shaded trees in an attempt to obscure your shots.

At one point while I was playing, I came across the abandoned colony I mentioned earlier. The place was littered with the ashen statues of some of its former inhabitants, forever frozen in terror at whatever they bore witness to in their final moments. Amongst the desolate town I found a large bell, which I eventually was able to mount in its original hanging spot. Upon restoring it to its original position, I was able to ring it. Ringing it caused the world to shift to an even darker version of itself. The conquistadors were gone, replaced by evil spirits with skulls for faces, chasing me about the environment until I was able to off them with a carefully placed arrow. There were also these ghostly figures I could engage in dialogue with that were not present before I’d rung the bell. Only these were not enemies, but apparently the ghosts of the colonists. The conversations I’d had with them were vague and are all part of piecing together the mystery of what had happened to the land. I can’t spoil anything as much of the enjoyment in this game is uncovering the mystery, but I will say if you do get a chance to play it to take your time exploring. 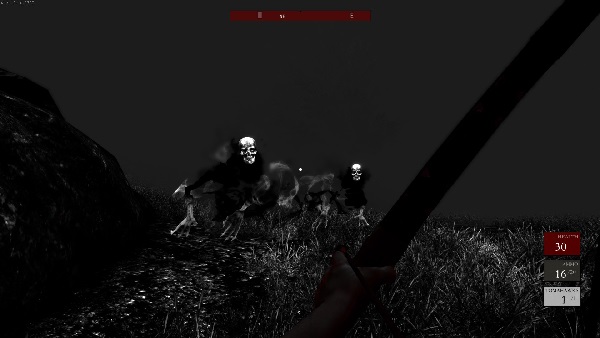 Even though I played just an Alpha build of the game that still has a long way to go, Betrayer hooked me more than I initially thought it would. It’s probably not going to be the game for everyone though, if you’re someone that needs a little direction with where to go and what to do then this may be a tough sell. It reminded me somewhat of the original Fallout games in that it expects the player to really put the time into it to truly learn anything. That’s a good thing in my book though, it’s a unique learning experience, one that I’ve yet to grasp a lot of yet to be honest.   If you’re interested in trying it for yourself, the game is currently part of Steam’s early access program.