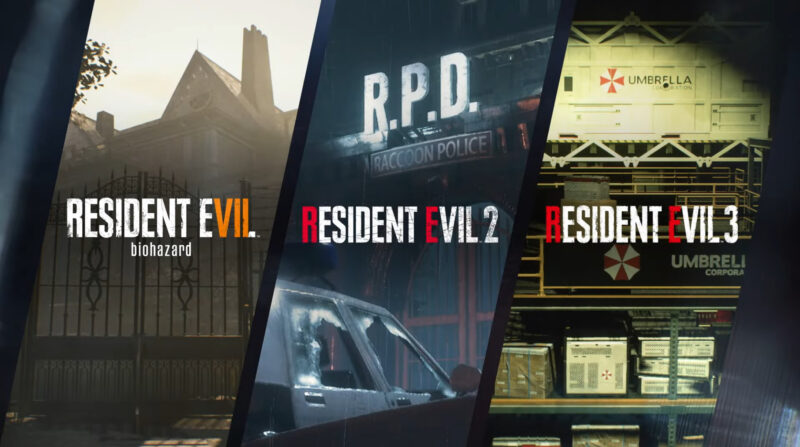 It’s been five years at most, 3 years at least since an entry in this trio of Resident Evil titles was released. Resident Evil 7: Biohazard made a splash in 2017 as it brought the series back to its survival horror roots, Resident Evil 2 Remake solidified that return with one of the most hardcore revitalizations of that loop in over a decade back in 2019, and Resident Evil 3 Remake introduced a new generation of players to our Amazon Jill Valentine in 2020. All three titles looked fantastic at the time they were released, powered by the fresh-out-the-box RE Engine, but we’re on a whole new console generation now, and it’s time to pick these adventures up on their (graphical) feet. With the upgrade being free to all players across Xbox Series S|X, PlayStation 5, and PC, it’s time to jump into these games once again.

Adding in ray tracing, enhanced frame rates (depending on your display set up), and 3D audio, as well as new features specific to PlayStation 5’s Dual Sense controller (as well as taking advantage of the PS5’s SSD for lightning fast load times), these upgrades are less overhauls and more an extra layer of polish to already gorgeous-looking packages — however with a few unexpected catches and weirdness. That’s getting ahead of ourselves though, so we should really start with the pros of these packages.

The most obvious change across all three titles is the new visual enhancements thanks to ray tracing. Lighting and reflections have honestly never looked better in RE Engine, even moreso than in Resident Evil Village in my opinion (where reflections especially felt hardly noticeable amongst the grimy caves, and worn stone and woodwork that makes up the majority of the game). The lighting improves the atmosphere tenfold as shadows become richer and deeper, and the flickering light sources become more dramatic and stark. The ambiance of locations like the R.P.D. front hall and outside of the Kite Bros. Railway suddenly become more engrossing with newly fine-tuned glow and contrast. It’s honestly a sight to behold, and especially in Resident Evil 3 Remake (the newest of the three), where it became almost distracting as I marveled at the upgrades made to what was already the prettiest title in this package. 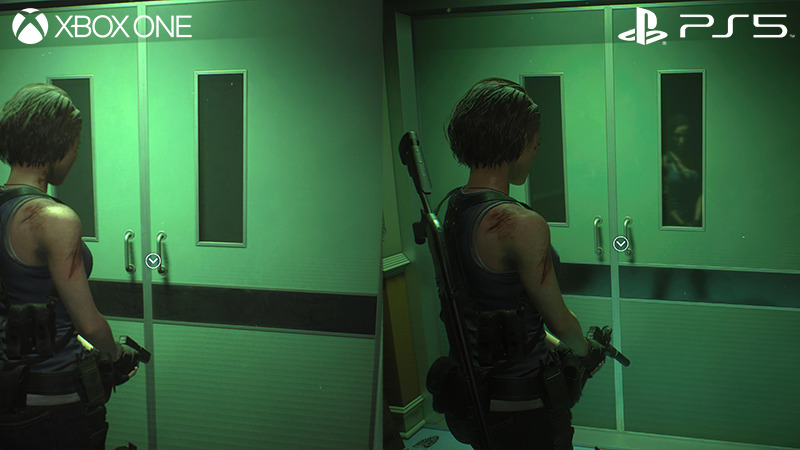 Resident Evil 7: Biohazard stands out as the least impressive among the three, unfortunately, although at the very least not by much. Some weird issues with reflections in the early starting area have some bizarre hazing around them, and a lot of the texture work is still noticeably iffy. Thankfully the game’s biggest issue, copious amounts of pop-in, seems to have been completely fixed by the jump in hardware power. The most notable (for me, anyway) improvement is a fix to the game’s HDR implementation, which originally blew out bright light sources in a way that caused them to become weird and almost psychedelic. The current-gen upgrade has thankfully fixed this issue completely, most notably with the sky visible during the game’s opening sequence as you walk up to the Baker mansion’s front gate.

Of course, the Resident Evil 2 and 3 remakes are honestly the real standouts here. They’re both stupefyingly gorgeous, and the ray tracing is implemented almost perfectly. New lighting improvements and reflections help originally janky-looking locations (such as the R.P.D.’s front hall) become more believable and realistic. It’s actually pretty jarring to see just how big of an improvement is made to both games, again specifically with the new ray-traced reflections. There are even a few cases where reflections have been added to areas that didn’t previously have them, for the sake of greater immersion (and probably to show off the tech as well). I did notice a few instances where the original cube map reflections were left, rather than being replaced by a new ray-traced reflection. It’s a bit of a bummer, and stands out badly against the other updates, dating the experience somewhat.

All this said, however, there are also a number of things that always stood out in the original release of both games, and they’re sadly still here, unchanged. The lowered framerate of distant zombies, for instance, still stands out across Resident Evil 2 and 3, despite the new horsepower of current-gen systems. I could understand it on the original hardware, both games already felt like they were sorta pushing what could be done with those systems, but to see it return despite the upgrade feels disappointing — especially when it’s an issue modders fixed themselves almost immediately after release. Now to be fair, this issue might be fixed when playing in 120fps mode, however I wasn’t able to access this (despite my TV advertising that it can do 120hz on the packaging — a mystery for later) and can’t comment on it. 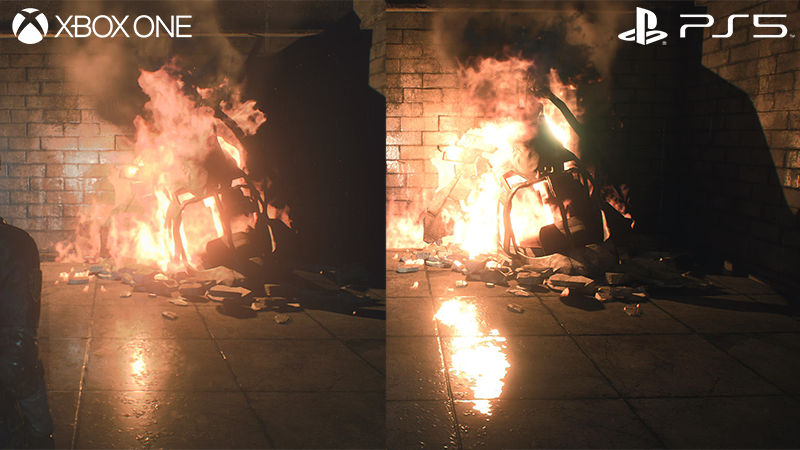 There’s also a number of bugs that weren’t addressed, the most egregious of which being Resident Evil 3 Remake’s camera lock bug during the boss fights where Nemesis is in his “beast form”. I know this was only ever going to be a presentation overhaul, but this bug actively messes up these two boss fights (the second especially) and makes them kind of miserable to play. The bug not being addressed here most likely means it never will be. I also encountered some lighting weirdness at times in Resident Evil 2 Remake, especially when it came to blood splatter (which is copious throughout much of the game). Lighting on the decals seemed to pop in as I got closer to them, and the effect was a bit jarring and distracting.

For players jumping in on PlayStation 5, there are a number of previously mentioned exclusive enhancements as well. The Dualsense controller offers newly added immersion with both enhanced rumble features as well as taking advantage of the context-sensitive adaptive triggers. Much like Resident Evil Village, the triggers are super cool and immersive feeling, although in higher difficulties (such as Resident Evil 3‘s Nightmare difficulty) or in the more faster-paced modes like The 4th Survivor, it might be worth it to turn it off as it could mess with timing or feel distracting.

Overall, despite a handful of (admittedly minor) drawbacks, these really are the definitive versions of these titles to play. Of course, you can still stick with your original, pre-upgrade versions of all three on PS5 and PC… although as a side note (unrelated to the games themselves) I’ve discovered that Xbox seems to lock you out of playing unless you either disconnect your console from the internet or upgrade. There may be a workaround that I’m unaware of, but every attempt to boot any of the three games up was met with the Xbox force quitting out and telling me an upgrade was required to play. Disappointing, and goes to show that Xbox’s “smart delivery” isn’t always necessarily a good thing. Regardless, however, if you own a current-gen platform or a PC capable of handling the patch, you should absolutely go for it. These games have never been prettier.