PAX Prime 2013: Hands on with Beyond: Two Souls - Rely on Horror

PAX Prime 2013: Hands on with Beyond: Two Souls 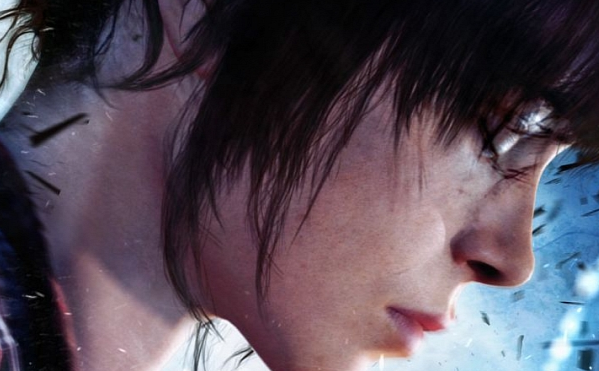 Beyond:Two Souls for a time had me fairly interested after its initial reveal at E3 2012. Since then though, murmurings of technical problems and control issues have poised me to move to a cautiously optimistic stance more so than anything. Well, I got the chance to go hands on with the game at PAX 2013 and after playing it for myself, my cautious stance has not only been reaffirmed, but elevated tenfold.

The demo I played was titled “The Hunted.” In the scenario, Ellen Page’s character Jodie is on the run from the police somewhere in the forested Midwestern USA. However, before the actual story scenario of The Hunted begins, you have to play a small gameplay tutorial where Jodie is doing some martial arts sparring with some agents that apparently want her to be proficient in combat.  I say apparently because there’s no context as to what’s going on in the scene. This entire section of the demo is to get you familiar with the Beyond‘s version of QTE (Quick time events) mechanics, which are mechanically very similar to Quantic Dream’s previous title Heavy Rain’s but vastly different presentation-wise.

Gameplay in Beyond is largely QTEs masquerading as this abstract “bullet time” mechanic.  Right from the sparring session, it was apparent that Quantic Dream wanted to make a game with fewer on screen button prompts than in Heavy Rain. You see, in bullet time you’re meant to carry out Jodie’s actions with the analog sticks. For example, in the sparring session if Jodie is about to throw a right hook, time will slow down and you’ll have to react accordingly. So in the case of Jodie trying to throw a punch with her right, you have to push the analog stick in the direction she’s aiming for to  follow through with it. If you successfully follow through if an action, it’ll be carried out so in this case Jodie will punch her target. If you fail at carrying out the desired action, a number of things can happen – it all depends on what’s happening on screen.  In this case, the person Jodie is sparring with will do something like counter-punch her if you fail.

If that sounds confusing, it’s because it is. It’s all dependent on where the camera is placed and how much you will think about (or over think) an encounter. There’s only one correct way to go about these bullet time sections and they really just come off as an attempt at masking QTE prompts on screen. It becomes a messy guessing game once the initial training on screen prompts disappear. In the case of the sparring session I was getting flustered with how restrictive your action responses are despite the presentation suggesting otherwise. In the sparring example, I kept screwing up because I’d try the wrong action at the wrong time. Like if my sparring partner threw a left looping punch I’d often try to duck under it, out of the way of it by pressing down on the left analog (dodging is something they teach you by the way) and I kept failing because what the game really wanted me to do is respond with a punch of my own. Also remember all of these bullet time segments require you to move the analog sticks in a particular direction so the potential for just general error is quite high, even if you know what direction you’re supposed to point the analog.

After the training session, the demo jumped to another point in the game where Jodie is on the run from the police. It begins with you taking control of Jodie’s spiritual entity companion Aiden. Who also has a very awkward control scheme. Have you ever played a first person shooter with a free look mode in multiplayer? That’s what Aiden controls like, except it’s as if it were underwater and you used R1/R2 to go up and down on a Y axis. It’s extremely floaty and awkward moving Aiden around and it only gets worse once you start interacting with the environment and you will get these opportunities to interact with objects and people in the environment. For example you can possess people by locking on with L1, pushing the left analog to the left, pushing the right analog to the right, and holding that combination till a bunch of gold sparks fly all over the screen. When you possess someone it’s always to help Jodie get out of a bad situation.  In one instance for example, I was captured by the police, put in handcuffs, and loaded into a SWAT vehicle. To get out of the situation I had to use Aiden to possess one of the officers and shoot the driver.

Let’s put the awful controls aside for a little bit though. One thing I’ll compliment the game on is how seamless it is between gameplay and cinematics. Very rarely are you not in control in some fashion.  When I was playing the sequence where you escape from the police, another show attendee asked if I was even playing the game at all, because the entire demo just looked like one massive cutscene.  I was in control the whole time and Beyond i‘s one of the few games where “cinematic” feels like an appropriate word to use.

The game also looks very pretty, character’s faces are immensely detailed. The motion capture work rivals the likes of games like L.A. Noire too. In a technical sense the game is above many of its current generation peers. With its only shortfall being an inconsistent framerate, which often dips well below 30 FPS. 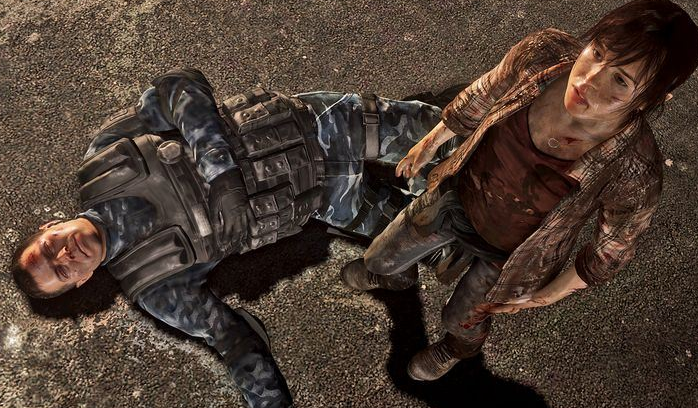 As for the plot of the game, I couldn’t tell you any more than you already know. Jodie is on the run from her captors for whatever reason, and that’s all the context the demo gave me. The game has been hyped up as a dramatic, personal, and emotional experience but the demo was just a big AAA explosion set piece affair. Granted I have a feeling that this game is very verbose and doesn’t demo well.

I know I’ve spent pretty much this entire piece talking about the controls, but that’s most of what I took away from the experience. The best way I can relate it to someone is imagine if you played a game like Resident Evil 4 and whenever a QTE came up that there was no button prompt that would pop up telling you what buttons you’re supposed to hit, and you just had to keep redoing segments until you guessed the correct input. That’s what Beyond is like. The controls are horrendous, at least if you spend a short time with the game. It may be something you just have to get used to after an hour of play, but the short demo I tried did the game no favors. Hopefully this gets sorted out before the October 8th release.