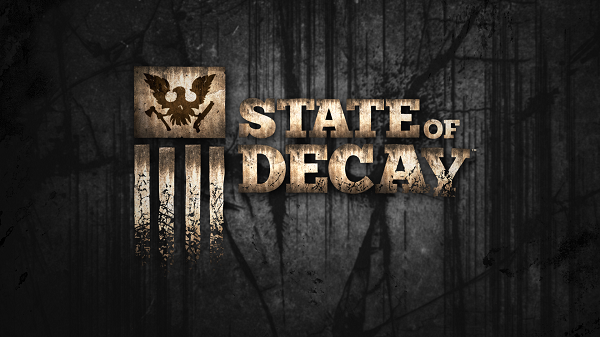 Zombies aren’t leaving gaming any time soon. The shambling undead appear in numerous games a year and while their image may be becoming tired and overused, developers like Undead Labs are trying to take a step away from the norm. Where many zombie games focus on killing as many enemies as possible in waves, State of Decay aims to be a true survival experience, where one mistake could lead to the players downfall.

State of Decay puts players in the role of one survivor at a time. This survivor can be picked out of a party of fellow survivors within a fortress. Players can take the role of a survivor and evolve their skills to aid their party. Within my demo I played as three different survivors, each leveled up with their own skills and even attitude–one of my players was considered to be too confrontational and would thus receive different treatment from AI survivors; the player has control of this and can eventually get in the good graces of their group.

Fortresses are player maintained gated communities that can be used. These safe havens can be inhabited by several survivors at one time: supplies, weapons, food, and health items can be stockpiled here. I was told that the occasional zombie pack may try and make their way in. This will no doubt test the fortitude of your fortress. Resources and important areas which may hold them can be surveyed from a high point in the map such as a radio towers. Focusing on them will add these locations to your map. I was told that State of Decay has a strong RTS backbone, and these elements stem from this. 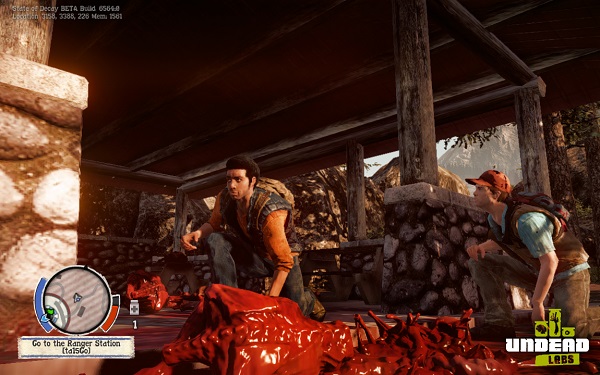 To describe the gameplay of State of Decay would be simple but would require lots of detail. Being a survival game, the player is tasked with, well, surviving. In this post-apocalyptic zombie ridden world, food and supplies are scarce. You’re no super hero and neither is your group. While I’m not sure if the game goes so far as to have something like a hunger meter, there’s an emphasis on exploration in the name or pursuing additional resources. Scavenging too much in a specific area, and resources will soon grow thin. Weapons range from melee to full assault weapons. My first character was equipped with just a lowly pistol, but after a visit to my safe house/fortress, I was able to look at a vast assortment of weapons, big and small.

The map size of State of Decay appears quite large. The world is said to have around 90% of its structures explorable: homes, stores, markets, etc. These structures can be searched for caches of supplies. When entering homes, caution must be heeded. The undead are very powerful and being ill-equipped will lead to an untimely and permanent death for which ever character is being used at the time. Sound is an important thing to be wary of: how much you make can alert zombies to your presence. Strong sounds can be generated from gunfire, breaking locks, and even searching for items too quickly. I found myself being a very loud survivor.

With my limited time, I have to say that State of Decay is tough. Zombies pack a punch and reckless gameplay will lead to death, something that holds extra weight here since it is permanent. Maximum health can actually decrease over time if too much damage is taken, health items only filling the remaining amount permitted in the meter. Tough indeed.

The ideas backing State of Decay are great, and while I would have found it to be more interesting had there been co-op play, the RTS management of survivors makes me hopeful for some truly addictive gameplay; my own little zombie apocalypse haven to be proud of. Story wise, there does not seem to be a start and end narrative, just drop in and survive. Which is fine if the gameplay can live up to its promises. 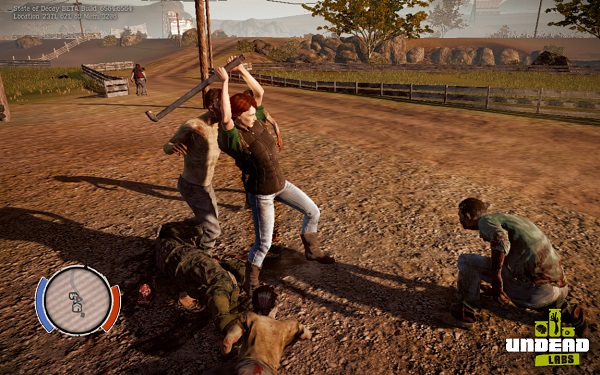 My only concerns regarding State of Decay comes from a slight lack of polish in the control and animations. The game is said to be close to being submitted for certification, so I’m worried that the stiff and awkward animations will make it into the final product. Developed on the CryEngine 3, State of Decay is clearly pushing the limits of what Xbox Live Arcade titles are capable of. If its survival mechanics can be complimented by smooth gameplay, I think it will be a winner and worth owning. Let’s just hope that State of Decay avoids any technical shambling once it releases later this year.