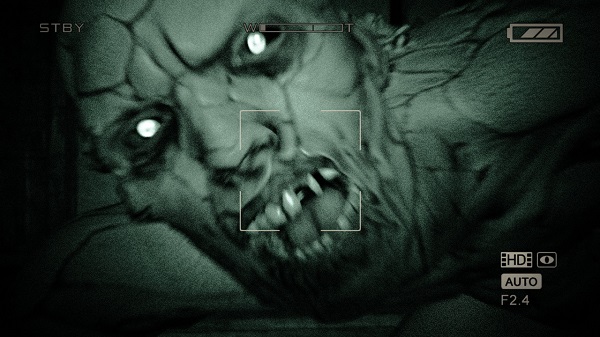 Red Barrels’ Outlast has some serious talent behind it. With a team comprised of developers previously from Ubisoft, Outlast would surprise people if it was anything short of interesting. After about 20 minutes with it, I can say that it is in fact very interesting and filled with lots of potential.

As Miles Upshur, you play as a journalist that finds himself in too deep after he pursues a new story in the Mount Massive Asylum. Miles is equipped with only his wits and a handy video camera. From the start of the demo, I found myself toying with the camera to see what it could do. Don’t think that this will be a magical camera with special abilities, no, it’s a bare bones normal camera with a night vision mode. The camera acts as a unique lens to see further than normal and to see in the dark. Its purpose is both unique and important, plus a simple way to add some further fear into the gameplay.

The demo begins with Miles entering a part of the asylum by jumping on some scaffolding and climbing in through a window. The environment of the asylum that he must endure reeks of abandonment but appears to still be in use in some areas. The inhabitants of the asylum are strange creatures which seem to be human, but in some twisted form that makes them deadlier and more visually frightening. With no way to fight them, Outlast employes a strong emphasis on stealth and evasion. With stealth, the demo didn’t give me a good sense of enemy patterns: how far they could see, if sound was a factor, or if a simple crouch walk behind them could be used to avoid detection. My tactic involved running from the enemy whenever they caught me, and then retrying an approach where I would wait in a room and wait try to predict his route through the hallway that we both occupied. 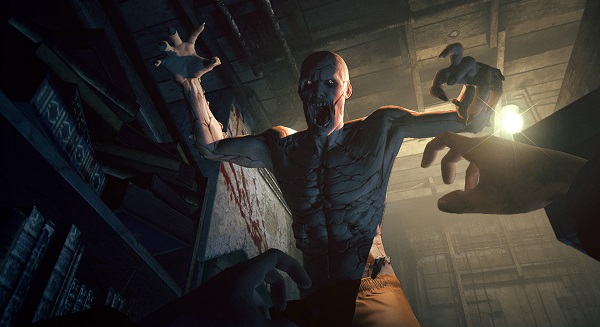 While brutal and animalistic, the enemy clearly had human smarts to him. Depending on enemy behavior varieties, this could result in a slightly reduced scare factor—avoiding an enemy that appears to be a bit too human to fear when simply stalking and not running. Getting chased by enemies leads Miles into a frantic sprint that will rely on the player’s own familiarity with the environment and tactile response. When I was chased, I ducked through some objects to create a barrier between myself and the creature. I also jumped into a vent when I got past it. Like I said before, depending on the enemy AI throughout the game, they could potentially become predictable, but the small demo that I played may not be a good indicator of such a possibility.

What really added to the ambiance and scare factor is the video camera. Such a simple tool is perfect for a first person horror game. The camera helps lighten the darker areas in the environment with its night vision mode. This allows players to see the world in a less detailed way, but without a loss of horror—an increase, in fact. The lack of color and detail along with variable camera focus, assisted dark environments in being mysterious; I found myself questioning if objects in the distance were simply furniture or something else. I loved this and am surprised I hadn’t experienced something like this in other games before. Using the camera to zoom in or out to adjust focus seems like a small feature, but the lack of focus in some parts on screen greatly increased my sense of dread—not knowing if I was already staring down a creature or not. It’s so simple, but it’s such a great horror device. It can’t be relied on at all times either. Look forward to scavenging for disposable batteries scattered across the environment. Rechargeable batteries are not scary, guys. 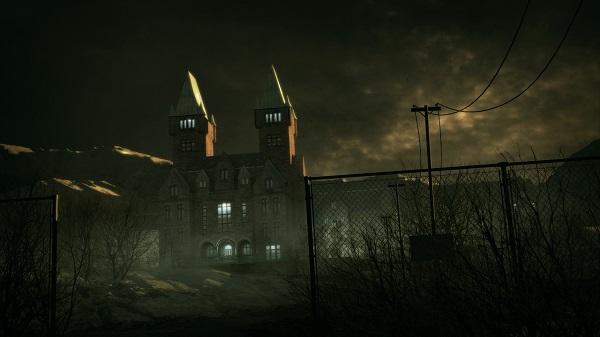 Outlast wasn’t really on my radar prior to PAX East. After playing it for 20 or so minutes, it definitely is now. Currently, it’s only planned for PC, a platform I sadly can not indulge with too much gaming, but I’m hoping to see Outlast perform well with that it has to offer. It has a great tool in place to be a unique horror title and I can see a lot of potential in it.