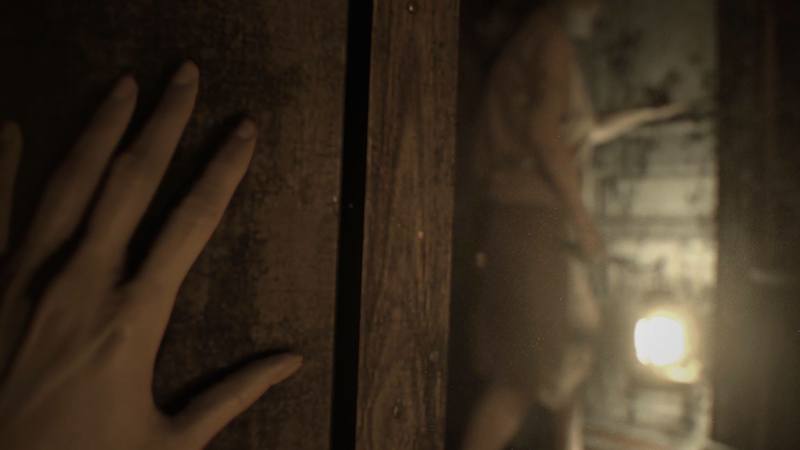 I’m going to start this article with a punch. Ready to get punched? I thought Outlast 2’s demo was a better experience than the Resident Evil 7 demo I played on Thursday at New York Comic Con. I’ll explain of course!

First, I’ll state that this was my very first time playing anything in VR, so there was a huge learning curve for me before I could fully appreciate this new layer of gaming. Once I toggled the PlayStation VR’s sensitivity and adjusted my own body, I was good to go. But even throughout the entirety of my 20 minute-ish demo, I still felt dizzy after performing quick turns, and especially while running. But now, on to the demo itself! 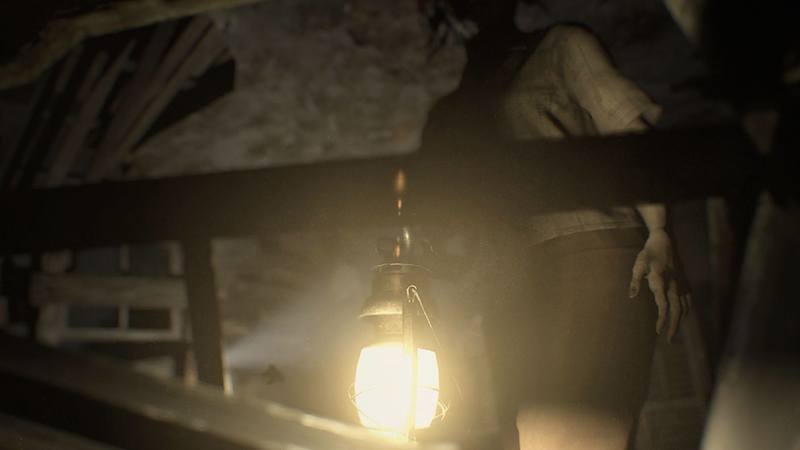 The demo I had access to was was the “Lantern” demo we saw footage from back in August during Gamescom. It’s worth noting that while this particular sequence is from the game itself, unlike the “Beginning Hour” demo, you could actually skip it entirely. You see, the “Lantern” sequence is derived from a tape you find in the game, which acts as a piece of found footage, complete with a grainy filter. There will actually be several of these tapes to find in the game, which nicely act as playable versions of the classic notes and diary entries we used to find. Having said that, I think I would’ve rather read the events of this “Lantern” sequence in a journal entry instead of actually playing through it…

This demo was all about the “hide-and-seek” layer of the game; there was no combat at all. The key to survival rested in my ability to avoid detection by the lantern-wielding Marguerite Baker. Much to my surprise, it wasn’t as intense as I thought it would be. A lot of that ineffectiveness had to do with the atmosphere’s overall sense of familiarity and “been there, done that.” Sure, this style of gameplay is different for Resident Evil, being more in line with the likes of Amnesia and Outlast, but with all the games that have already adopted that style, it just doesn’t feel all that fresh here. Again, I must stress that this particular gameplay mechanic isn’t something that’s entirely representative of the whole game. Capcom PR reps relayed that same information to me, also telling me that combat will be a huge factor in the final product. 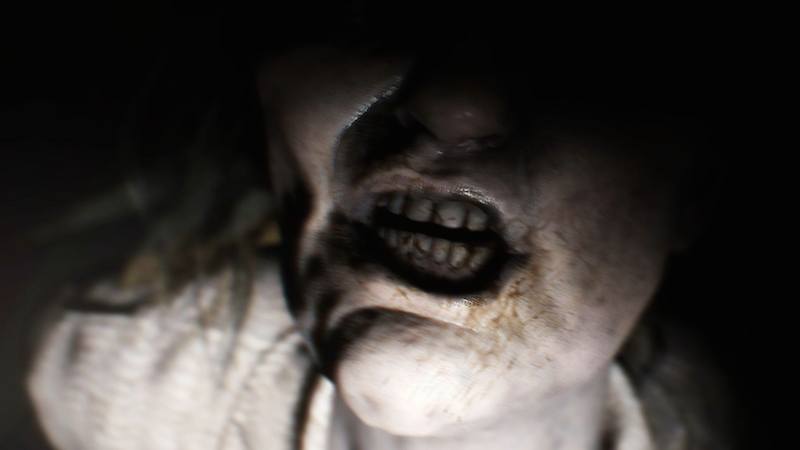 I do like how everything gelled together, though, as far as gameplay and the environment go. There weren’t any “take cover” prompts at all as I trekked through the derelict house that, coupled with VR, reminded me a lot of the haunted house attraction I went to on my birthday a few weeks ago. Everything was seamless. See the creepy old woman walking by? Quick! Get behind the nearest thing you can hide behind and crouch. You can even peek your head over to make sure you’re in the clear. I’ll admit, I did fail a few times. In the beginning it was due to the learning curve I faced with VR, but then it was because I was just being careless and thought I could outsmart my pursuer.

One thing I didn’t fail at was the puzzle! It’s always nice seeing puzzle-solving in the series, especially since it’s been, for the most part, kept to a bare minimum or borderline ignored in recent numbered entries. The demo’s puzzle wasn’t too involved, but it was still pretty clever in how it let me manipulate shadows to unlock a passageway. And there’s a level of dread that was splattered on the backdrop of this puzzle-solving segment, because of the crazy old woman lurking. 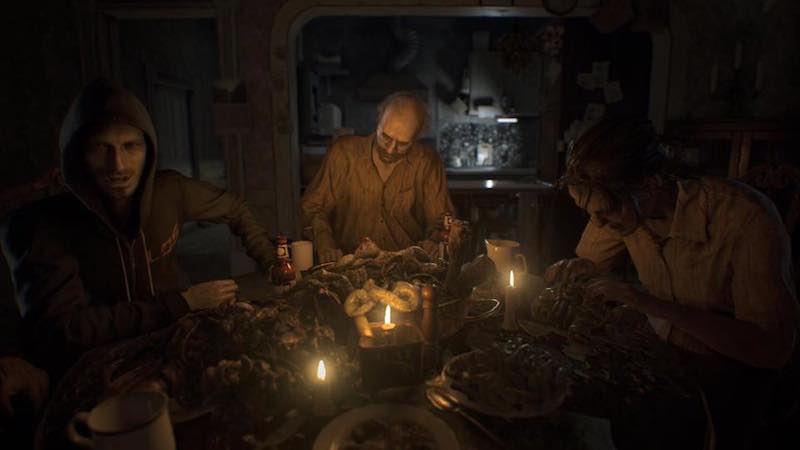 There weren’t any major story revelations to be found in this “Lantern” demo, but it did help bring light to (see what I did there?) one of the deranged members of the Baker family. And speaking of the Bakers… After completing the demo, I was treated to a really effective interactive cinematic that I hope we get more of in the main game. It’s that one scene we saw in the latest trailer for the game, with the Baker family enjoying some super scrumptious-looking dinner. I took on the role of the person tied up to the chair. I was forced to digest the craziness of the Baker family as they bickered at each other, and I was also forced to digest… human organs by the looks of it!

This demo wasn’t horrible, but it also wasn’t anything special or that exciting, especially after the, in my opinion, superior “Beginning Hour” demo. And, like I said at the head of this article, I did think Outlast 2 provided a better sampling. I see what Capcom is doing, though. They don’t want to lay all their cards on the table. They’re instead opting to show one card at a time, to avoid spoiling the entire deck before the game ships on January 24.