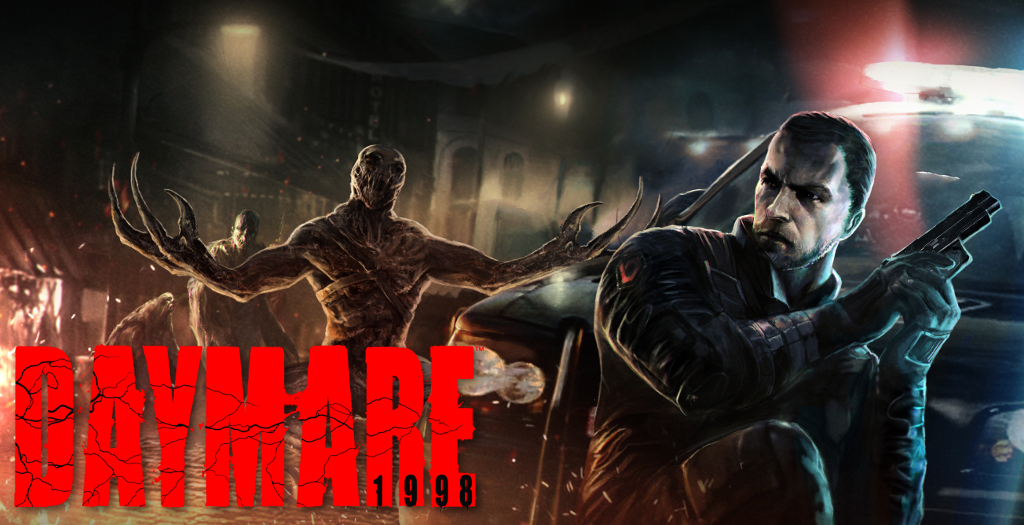 Invader Studios’ Daymare: 1998 has a very interesting origin story, starting out as a fan remake of Resident Evil 2 and later becoming an original survival horror title. With blessings and well-wishes from Capcom, this small, passionate studio channeled their love for the genre into an interactive tribute to all-time survival horror classics that also stands on its own two feet.

From the ashes of a fan project came Daymare: 1998. Following the release of the game on consoles, we caught up with Invader Studios to learn more about the series of events that brought their nightmares to life. 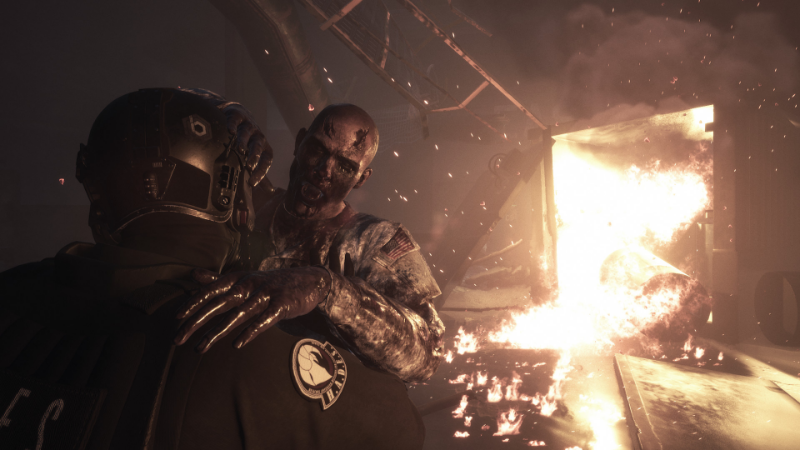 Q: As our readers may or may not know, Invader Studios actually started as a group of fans remaking Capcom’s Resident Evil 2. I think it’s a rather interesting and unique origin for a development studio. Could you talk a bit about the early days of Invader Studios, and how it all came together?

Five years ago, we were just a group of friends living in the small town of Olevano Romano in Rome who were passionate for both the survival horror genre and the Resident Evil series. We were either working in the games industry in some capacity or studying to do just that, but no one had participated in any kind of production ever. We decided to try to do something on our own to test our skills and creativity.

We started in 2015 by combining old assets with the gameplay mechanics of Resident Evil 4 running on Unity. The response from players was better than we expected. They really liked the idea of a Resident Evil 2 remake mixed with Resident Evil 4 gameplay. Several months later, we switched to using Unreal Engine 4 and development was suddenly much easier the more we learned how to properly utilize it. Shortly after the switch, we published our first gameplay video in July 2015 which received millions of views on YouTube. The attention we received was not only due to the quality of the visuals or its gameplay, but due to our creativity as we demoed how players advance through several locations and introduced some new and unique features.

In August 2015, we finally received a call from Capcom regarding our demo. The communication was friendly as they thanked us for bringing so much attention to the Resident Evil series through our unofficial remake. Since they were on the cusp of announcing Resident Evil 2, we were asked to stop the project and invited meet them at their headquarters in Osaka later that year.

Q: Any significance to the name Invader Studios?

As the survival horror genre invaded our lives in the 1990s, we wanted to do the same with our passion for games and creativity. 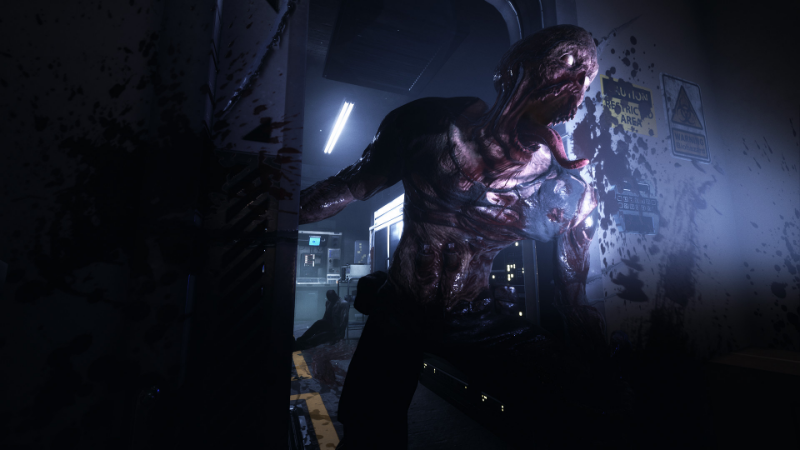 Q: Of course, the plans for the Resident Evil 2 remake were interrupted when Capcom announced their own project, but fortunately Invader Studios was invited to Capcom’s headquarters in Osaka, Japan. Could you tell us a bit about what that experience was like?

It was an incredible experience! It was an absolute dream come true considering how much we loved and respected their work over the years. At the time, there were so many other unofficial remakes of Resident Evil 2, but ours managed to get the most attention. We couldn’t help but feel extremely proud of our work as it lead up to that invite. We expected the meeting just to be a friendly chat, but it turned into a meeting of like-minded professionals. We brought an early stage of Daymare: 1998, which resulted in an impromptu production meeting as they gave us advice that we made sure to implement. The show-and-tell didn’t end there as we were shown Resident Evil 7 in advance prior to its official presentation and an early stage of Resident Evil 2 remake. They also asked us for our feedback on both games, which was just incredible.

We owe so much to Capcom. We thank them every day for all their hard work that influenced us in the 1990s, and for treating us like equals when we met with them.

Q: Have you guys heard back from Capcom since Daymare’s debut?

Yes — we are so happy to say that during the last few years, we have had the chance to keep in constant communication with them. They were gracious enough to include us in the special thanks section of Resident Evil 2 remake’s credits. We also met with them again in November 2019 after Daymare: 1998 released at the Capcom Osaka headquarters. They have been simply amazing to us. 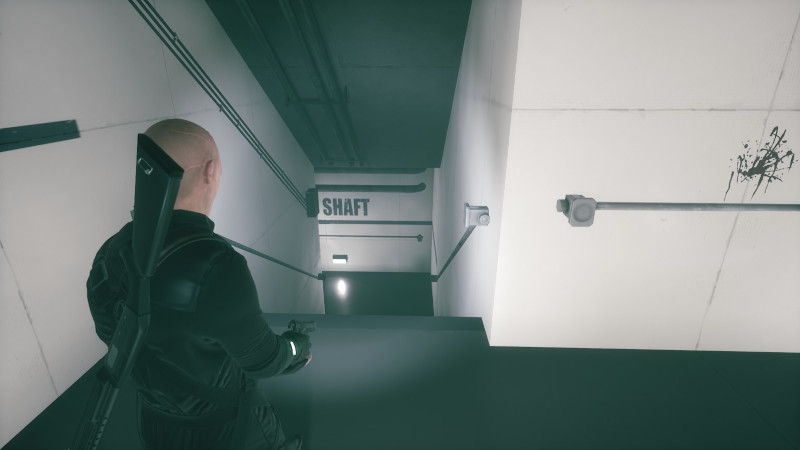 Q: This series of events would eventually lead to the development of Daymare: 1998. Could you expand on how the team’s ideas for the project originated and evolved? What were some of the team’s creative goals?

Our initial idea was to show something innovative and traditional at the same time, first with the unofficial remake of Resident Evil 2, and then with Daymare: 1998. Our first goal was to let players get the feeling of playing a new game with original features, but in a classic context. To keep ourselves on this path, we struck a balance between the technical side and the artistic one. The key word for us was realism.

Q: We noticed some very satisfying and fairly accurate blood splatter physics featured in the game, and we are curious what kind of research or technology went into creating those effects. These were among some of the best we’ve seen recently, alongside Capcom’s own RE2 Remake.

During the final stages of production, we worked on the blood splatter physics once the core game mechanics and features were implemented. All of those minor, but important, details came as a result from working with Destructive Creations. We’re really happy they worked so well.

Q: There was a section in one of the stages that was modeled to be a funny nod to Invader Studios itself, in an apartment building early in the game. How close is that representation to how the real studio is set up?

It’s completely accurate. Every single small nook and cranny is exactly as it is in real life. We wanted to put some of the real environments we have here in our town in the game to celebrate our birthplace. We also really like their inclusion from an architectural and aesthetic point of view.

Since we decided to include the Invader Studios building and the surrounding area just like they are in the real life, we also wanted to show our studio as a part of the game location. It’s a fun way to break the barrier between fiction and reality. 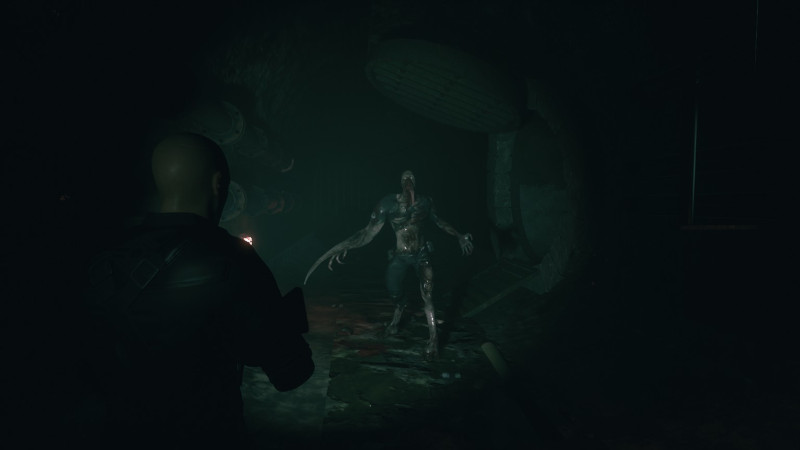 Q: Anyone who plays Daymare: 1998 can easily see a mountain of evidence for the passion for old-school survival horror titles. Aside from Resident Evil, what are some of the team’s favorite horror games? Is there anything exclusive to the Survival Horror genre that appeals to the team?

Yes, of course! We grew up with the most iconic survival horror games like the Resident Evil series but were also influenced by the likes of Alone in the Dark, Silent Hill, Parasite Eve and Dino Crisis. We also enjoyed some lesser-known titles like Deep Blood, Forbidden Siren, Fatal Frame and Extermination. At the same time, we were stunned by new-generation games like Dead Space and The Evil Within. In some way, these helped influence us to make Daymare: 1998.

Q: How was it to work with the late Paul Haddad on the game? Did you get to meet him in a recording studio or was it all done online? He always seemed like a great guy, and he did a great job on his character, The Cleaner.

It was such an honor both from a personal and professional point of view. He was a really nice guy and an amazing voice actor. We had the opportunity to speak with him several times before and after the release of the game and during online recording sessions. He was so excited and happy for his role in our game and we were too, of course, since he was a legend of the voice acting world for his role as Leon Kennedy in Resident Evil 2.

We are so sorry to not have the chance to work with him again and to expand his role in the next chapters, as well as have his personal and professional support in the future. But we are happy to have had the chance to meet him and to befriend such a special person who will be missed by everyone.

Q: How does Invader Studios see Daymare: 1998 in relation to other survival horror titles like Resident Evil and Silent Hill?

We see Daymare: 1998 as a sincere tribute to the survival horror genre while offering something totally new for players to feel like this is an original, scary adventure.

Q: Were there any valuable lessons the development team learned from developing Daymare: 1998? Is there anything that the team wishes they did differently?

Producing Daymare: 1998 has been one long, important lesson in game development. Nearly everything in the game was done by our 10-person studio, which means we had to take a crash course on the proper protocols when developing a video game. The support from Destructive Creations was important as they helped improve our original vision a great deal. While we wouldn’t have changed how development for Daymare: 1998 was carried out, we certainly would like to improve some things next time.

Q: What does the staff team feel was their greatest success with Daymare: 1998? Any successes that may guide Invader Studios down the line?

While it seems simple, just the fact to have made a long, complex, and ambitious game across several platforms that is loved by fans of survival horror is something incredible and satisfying for us. Our next goal is to improve our team and our games, of course, but we are very happy with how Daymare: 1998 turned out. Shipping a game like this is already a success for us. 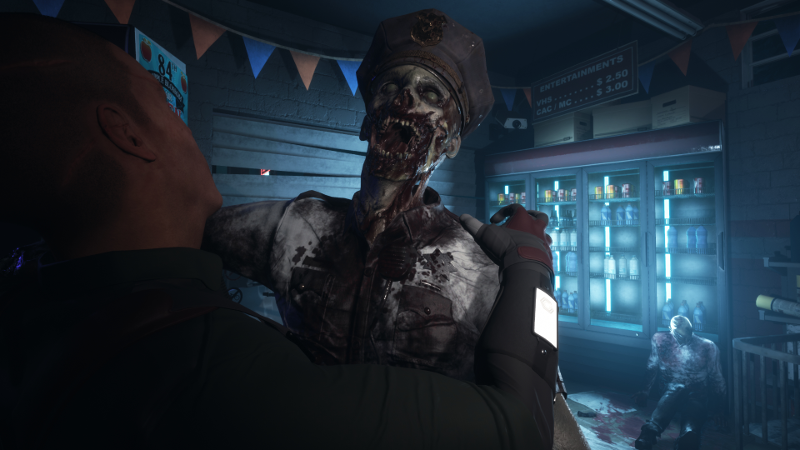 Q: Now that Daymare: 1998 is out in the world, would you be able to tease anything about the future of Invader Studios, Daymare or otherwise?

It’s no secret we left Daymare: 1998 totally open to either a sequel or prequel or both. Since its original concept, we wanted it to be a trilogy because we have so many new things in mind to show and create.

Q: Would the studio continue developing survival horror titles, or is there an interest in tackling other video game genres?

At the moment, we want to go ahead with survival horror games since we feel this where we truly shine. If we become big enough, then who knows what other genres we can work on all at once. But as of now, our priority will always be survival horror.

Thank you to Invader Studios for speaking with us. Daymare: 1998 is available now on Windows PC (via Steam and GOG), Xbox One, and PlayStation 4. Check out our review here.