Interview: The Trials and Tribulations Behind Bringing Avant-Garde Stealth Horror Tangiers to Life

On July 16, 2013, Jess Harvey launched a Kickstarter campaign for Tangiers, an original game which she pitched as “stealth gameplay meets the darker avant-garde of the 20th century.” Tangiers looked to be a surrealist take on the stealth genre, featuring abstract visuals, unsettling set pieces and a reactive world that changed based on your approach to missions. Everything about it interested me.

Unfortunately, the game missed its original release date of August 2014. But I’ve followed this project for years, never giving up hope that it would avoid falling into the void alongside other cancelled Kickstarter projects. I caught up with Jess to learn more about the game itself and the numerous challenges that she faced throughout its development — homelessness, health issues, and more. Against many odds, Tangiers is still coming.

Check out our interview below, which also includes some never before seen images from the game!

Q: To start, when can we expect Tangiers to ship?

Goal is to get it out by the end of the year. Weighing health and workload, that probably means the last quarter.

Q: Tangiers has been a part of your life now for about five years – how has your drive to complete the game shaped your day to day?

Oof. I wake up, spend a few hours dealing with external obligations then grind on Tangiers ‘til late. This project is all consuming, most facets of my life revolve around it or exist to support the game. Healthy? Probably not, but the game is everything and it is only appropriate that Tangiers’ production is a grand act of mortification.

Q: Over the course of development, additional rounds of financial backing fell through – what was your approach to finding funds to complete the game? Was a publishing deal with indie-friendly publishers like Devolver, Raw Fury, etc. out of the question?

The big hurdle for the past year or two, following the collapse of what should have been our package for finishing things up has been external. I’ve mentioned it in the updates but my health and living conditions have been tenuous at best in recent years. It’s hard to follow up with negotiations and quite disingenuous to commit to an actual deal when I don’t know if health will allow me to actually do any work for the next month, or if I’m in a situation where the presence of a roof over my head the following week is highly questionable.

Getting a funding deal in itself is a huge bit of work; managing that against a scenario that’d be hellish in isolation has been… hard to say the least. 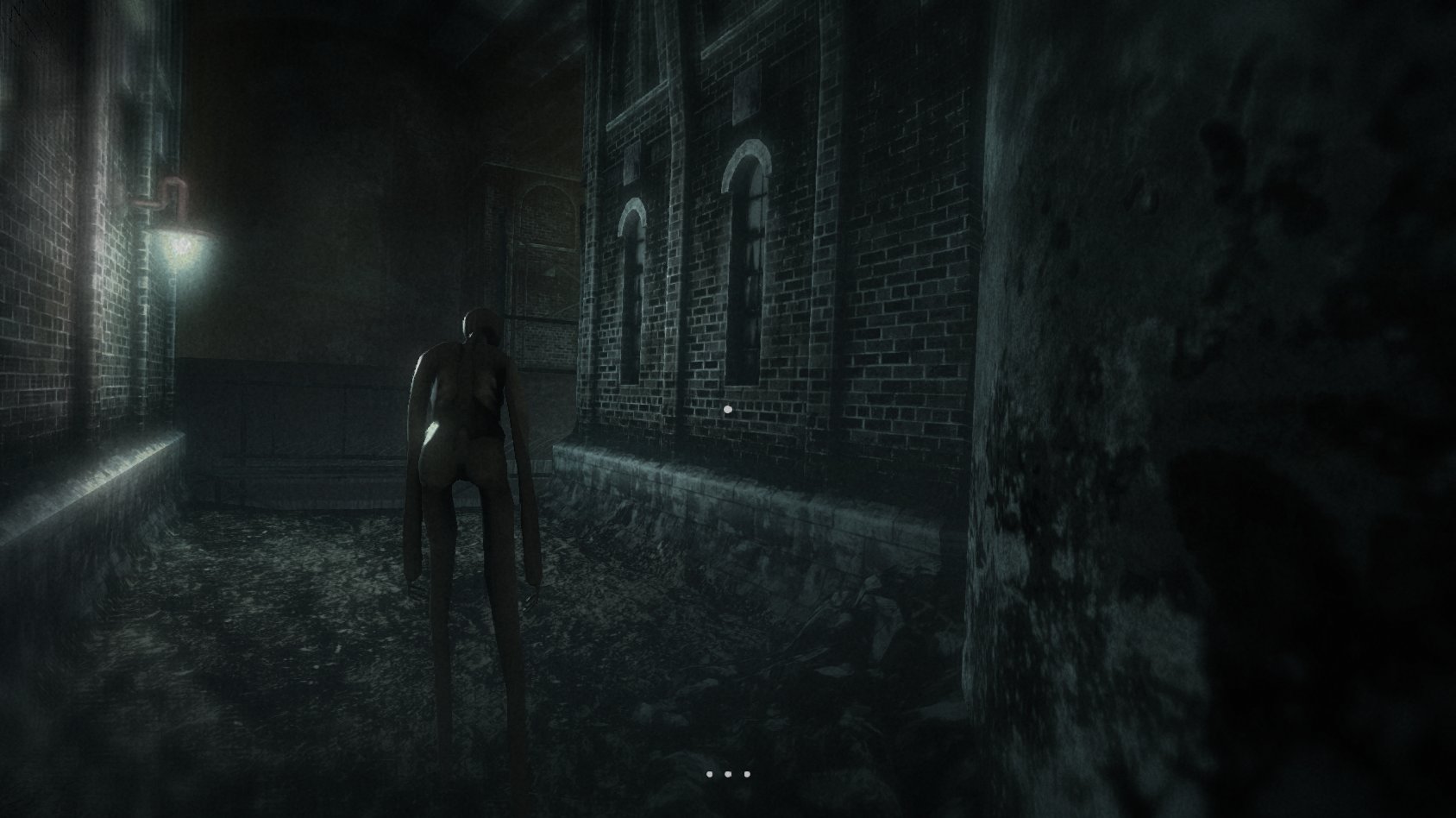 Q: You’ve been very transparent about the hardships experienced – emotional and financial – while trying to complete this game. You’ve stated that at one point you were homeless. Do you feel that it will all have been worth it once the game is released? How does it feel to almost be done?

The need for external validation dictates that people’s response to the game will determine whether or not it was worth my time. But seeing Paratopic get a positive reception has left me feeling optimistic.
If people like the game, then absolutely. It’s been hard and painful for sure, but all that shit is ephemeral.

Q: What’s your ultimate goal to achieve with the game’s release? The Goal (personal, financial or otherwise).

Honestly, it’s not much more grandeurs than hoping I can keep making games, and maybe enjoy a handful of material comforts in the process, haha. 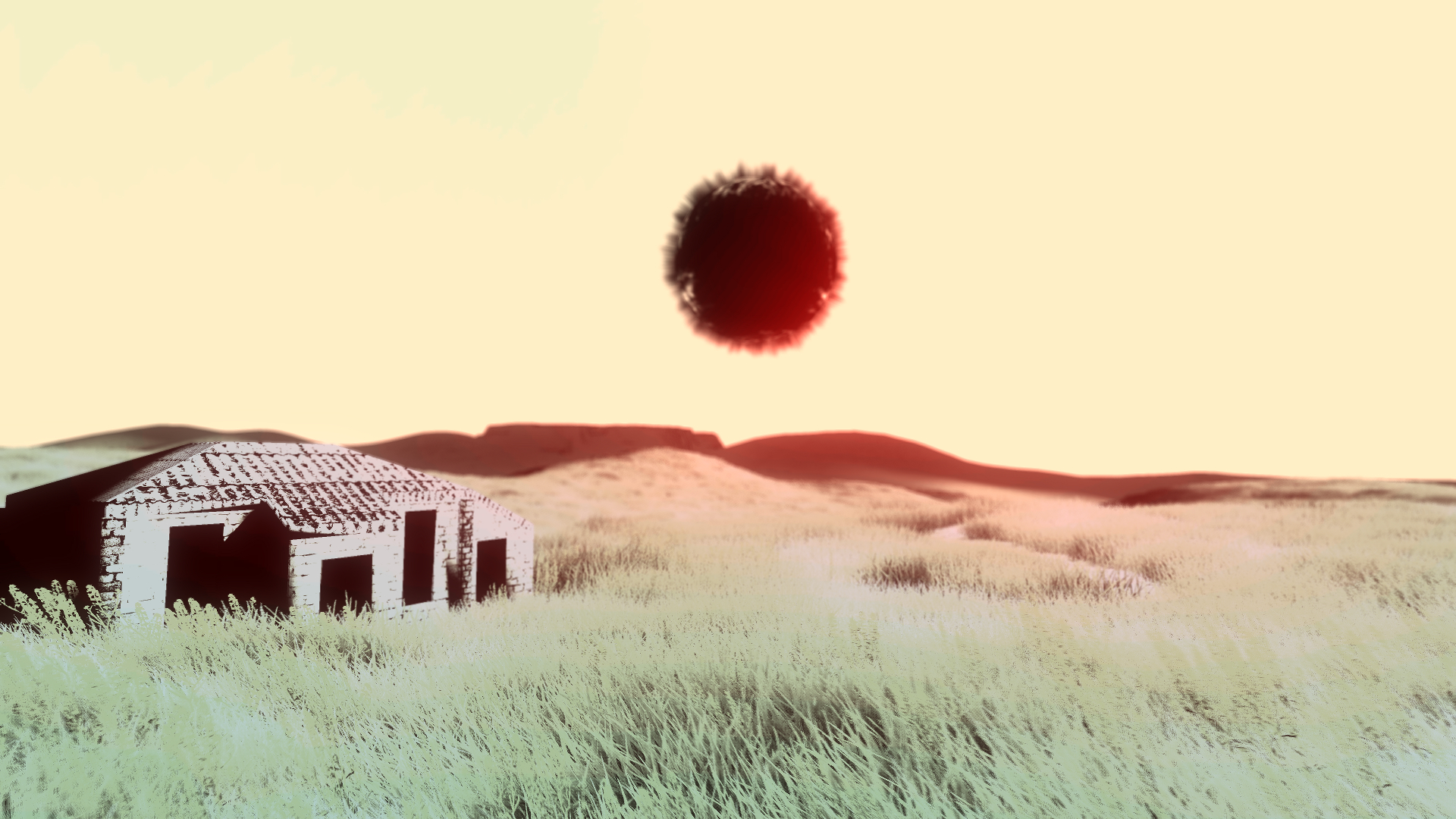 Q: With an original delivery date of August 2014, how have backers responded to the delays? Were they understanding, hostile, a mix of both?

It’s been a mixture of both, often surprisingly understanding. I know the project has been a right mess, but we’ve gone through /a lot/ of hardship to try and make things right in the end rather than quit & move on, and I think people recognise that.

Not to pat myself on the back though – we made promises and commitments and it’s only right that we do everything we can to follow them through. We fucked up a lot and a lot got fucked up, so until we get there, I wholly expect people to be impatient and frustrated.

Q: Has the scope of the project changed at all since the original Kickstarter vision?

We’ve moved sideways a good deal, but scope itself hasn’t changed too much. Having seen plenty of games and projects delayed because of scope creep(and we don’t need any more of that), for any changes to what we’re doing I’ve maintained a fairly strict “one in one out” rule.

A lot of changes, but the core offering and emotional goal is still the same. Versus the original pitch, you’ll find that we’re a far more intimate, robust game now. We’ve slowed down, gone first person and are building an environment that matters a whole lot more. 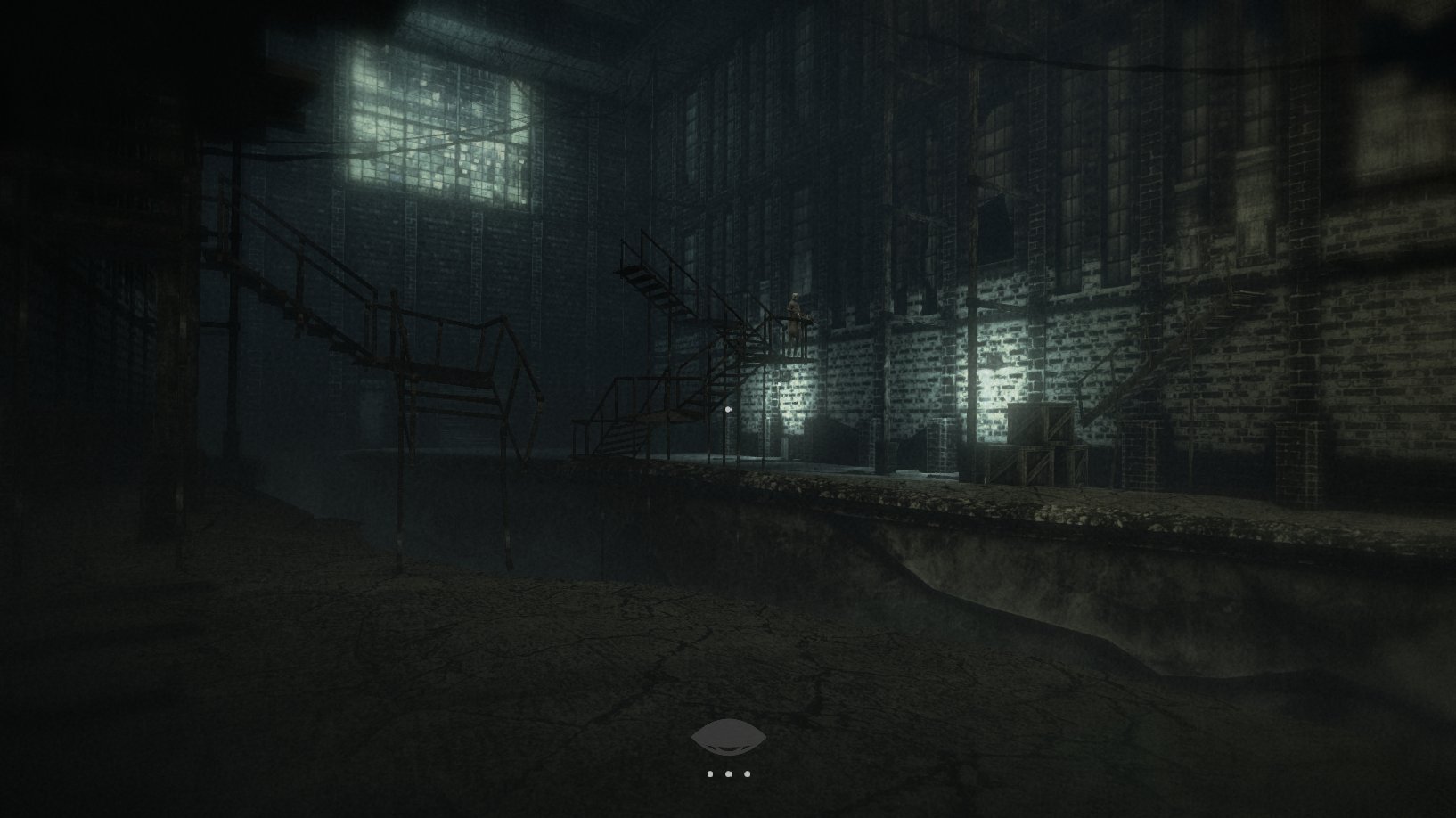 Q: Why not release the near-finished game on Steam Early Access to help alleviate financial difficulties?

The option is on the table, but it’s not something we’re going to do prematurely. There’s been a few funding-dependent items around music and animation that’ve been a blocker to that, but above all I need to make sure that everything is absolutely solid. If we put things out too soon, we end up with a buggy, unsatisfactory game in Early Access.

Responding to issues on a game thats live would prove very time consuming and disruptive to forward development. Putting out a game that has those issues would be very disruptive to making things good by our backers.

The last thing anyone wants is a release that requires us spending all our time and earnings on making what people are playing not suck… rather than actually finishing the game. It is imperative that when our backers finally play Tangiers, they’re left feeling the wait was worth it.

Q: You cited Cronenberg among your list of influences for Tangiers. What about his work do you love and how have you brought his essence to the game?

Don’t expect anything too direct, don’t expect it to feel like a Cronenberg game or whatever. It’s a matter of shared sensibilities, creative tastes running in parallel, right?

To be succinct, I think people will draw comparisons to how we both employ a complex, nuanced and somewhat subversive approach to the respective medium’s formalism, albeit one that is tightly integrated with a more, hmm, exploitative outlook toward yer sex and violence type topics. 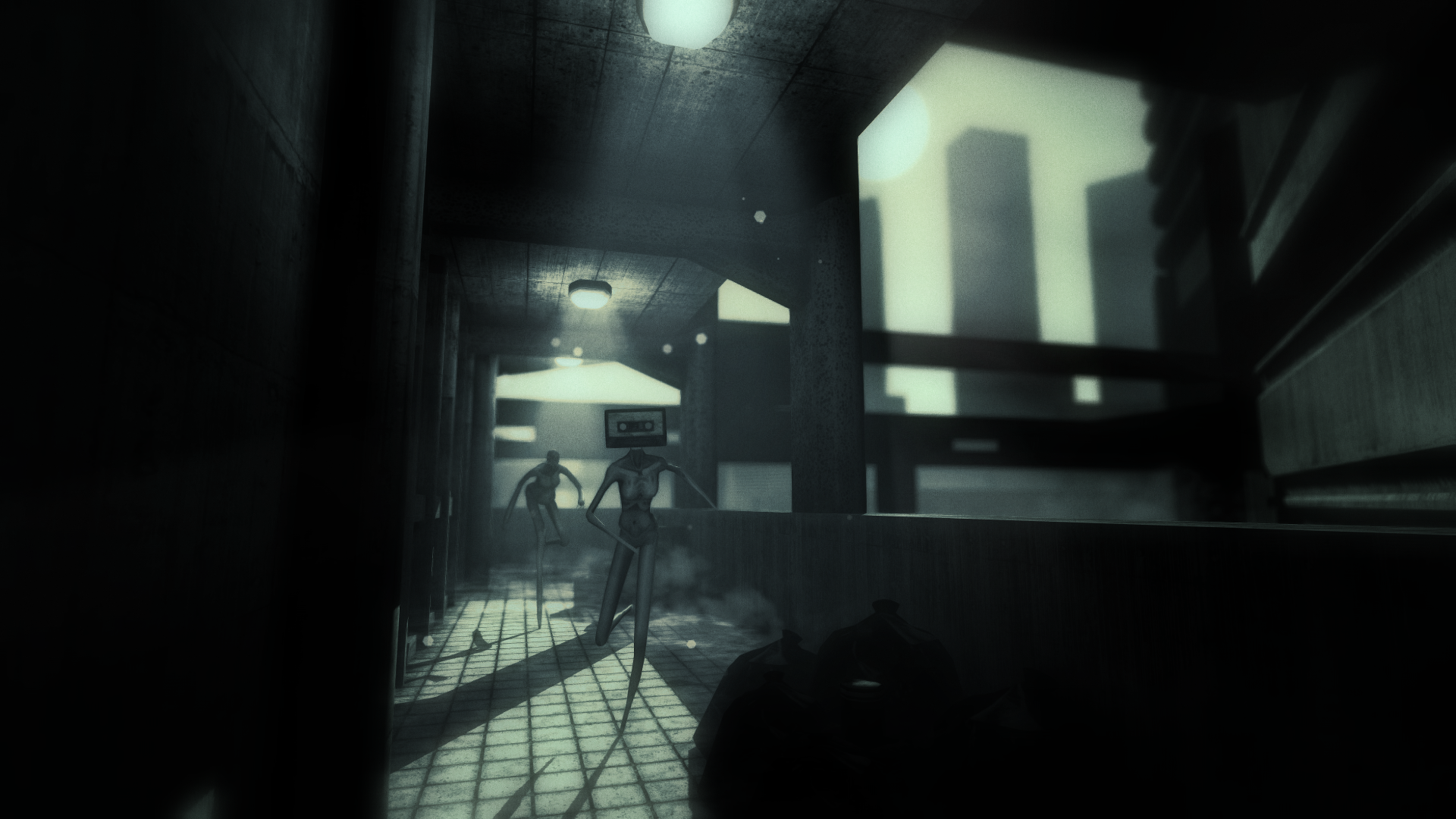 Q: What games if any inspired Tangiers?

Past Thief? The sort of games that get /absorbed/ into what we’re doing with Tangiers are those that have a very tight, integrated relationship between gameplay, the space the player inhabits, narrative and mood. That’s quite a broad field, you’ll feel a little bit of all kinds in here… anything from Sunless Sea to Pathologic.

Q: Do you feel creators like Cronenberg and David Lynch are rarely tapped in gaming? We have games citing Lovecraft releasing every day on Steam, but you hardly ever hear those other names. Is it because their styles are so … specific?

With both those directors and many people on the leftfield of cinema really, the unconventional style is as tightly wrapped in technique as it is content. And that kinda experimentalism, it doesn’t really have a straight forward translation to our medium. A big hurdle, and not one thats really balanced out by the breadth of interest that you get with, like you mentioned, Lovecraft or similar.

Q: You recently collaborated on a surrealist game called Paratopic. Do you see yourself making more games after Tangiers is finished?

Absolutely, but whether it’s more in the vein of Paratopic or more like Tangiers… that’s gonna depend on sales 😉 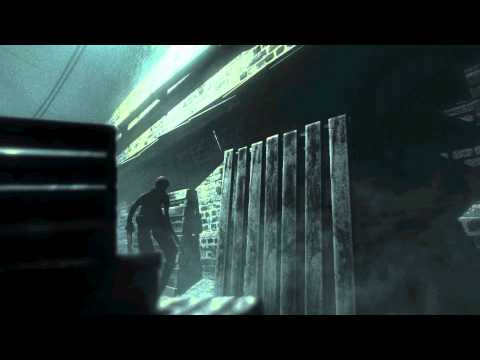