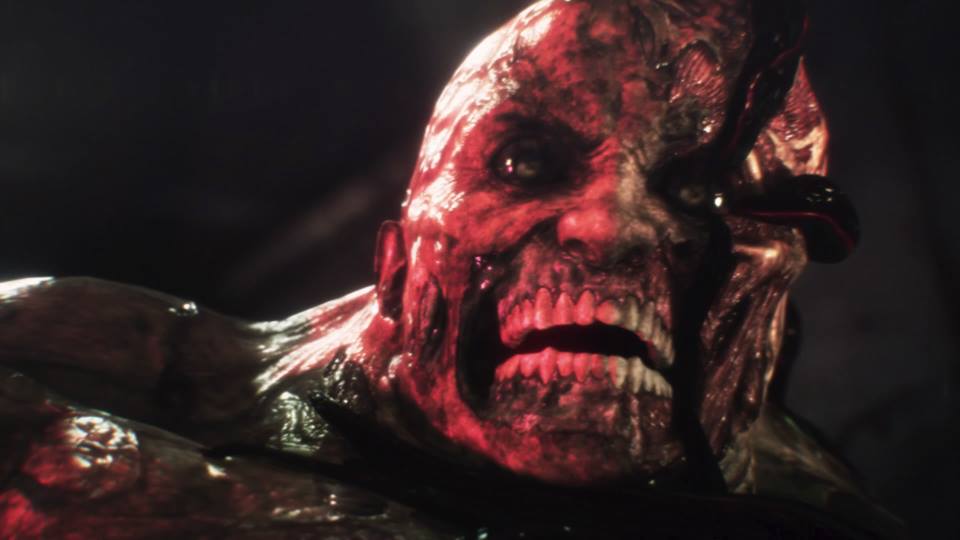 I had the opportunity to interview the director of Resident Evil Revelations 2, Yasuhiro Ampo. The interview covers the game’s story, episodic structure, influences, and some of the things that were cut out from the final product. Laser-shooting Natalia, anyone? Check it out!

How did you guys balance making a game on the level, or near the level in scope, of RE6 and the first Revelations while staying within the confines of a smaller-budget release?

We had plenty of devs who had either worked on past RE games before, or were directly involved in the development of REV1. So, we went through development with the idea that as long as we could firmly establish what we were trying to make, we felt confident about achieving our goals. Be that as it may, we had five separate platforms to develop for as well as various digital and physical SKUs to release, so it was quite an undertaking. Honestly though, we couldn’t have done it if we didn’t have all of those experienced vets on board.

Can we expect the events of Revelations 2 to hold importance to the events of the next Resident Evil, or was it more of a one-shot story?

I think what gets carried over in terms or story or mechanics is ultimately going to depend on the title. I will say that REV2 is definitely cannon, and as such, has pulled a lot from past games – and I hope that future titles will take something from this title as well.

What was the reception like toward the game’s episodic release structure?

There’s been a lot of discussion surrounding the episodic format, even after release. We have seen many reviews that mention the ability to play new portions of the game each week and how that made the story even more enjoyable for them, and I’m really happy to see that. For those players, it worked out just as we had hoped – they would complete an episode, and the cliffhanger at the end became the motivation for them to “stay tuned“ for next week… similar to what many of today’s popular TV shows do.

What went into the decision to use Franz Kafka’s work as the inspiration behind the game’s story?

I’m pretty sure that was suggested by the scenario writer, Satou-san. He felt that integrating a writer that exists in the real world would help ground the story in reality, and that would make it easier for people to become immersed in the game. REV1 similarly used passages from Dante, so I like to think that by doing this, we’ve established a common thread. We also tried to give more meaning to the quotes by linking the themes of Kafka’s works, like “The Transformation,“ to the story of REV2.

What was the process behind developing Alex Wesker’s character? She’s isn’t just a She-Wesker, as some may wonder. She actually is quite multi-layered and has a very intriguing mission. Do you think we’ll see her again?

In REV2 we finally shed some light on the character known as Alex Wesker – so maybe we will see more of her in the future, if it makes sense.

At what point in development did you guys decide to include Barry? In the end, the game’s story really felt more like his. Also, I really love how in Resident Evil 1, Albert Wesker threatened Barry by using his family, and now we have Alex Wesker actually living with them (in a way, going by that tease in the game’s epilogue)! Was that an intentional call-back to that classic moment?

We made the decision to use Claire and Barry right at the beginning of development, and then we began to build the overall structure of the game. From what I recall, the island setting and the decision to use Alex Wesker – all of that linked back to that initial decision to use Claire and Barry. Resident Evil has this long history, and there are so many aspects that haven’t been revisited – so we thought long and hard about what our fans wanted to see and what they would enjoy. That’s how we ended up with the final product. Of course, because it’s got such a long history, we do have to spend a lot of time and effort on ensuring we don’t introduce any inconsistencies within the universe.

Were any substantial parts of the game cut out during development?

There were a couple of things we had to cut from Episode 4 in order to ensure that there weren’t any inconsistencies or redundancies between the Claire and Barry portions. Originally, we considered making it much longer between Claire and Moira’s capture and when Barry finally arrives on the island, but we ended up with the current set up because of the inconsistencies introduced by doing it that way. We also considered giving Natalia more ways to attack – like shooting a laser out of her finger! We even implemented that in the game at one point. From what I recall though, it felt a little too super hero, so we chose not to go with it.