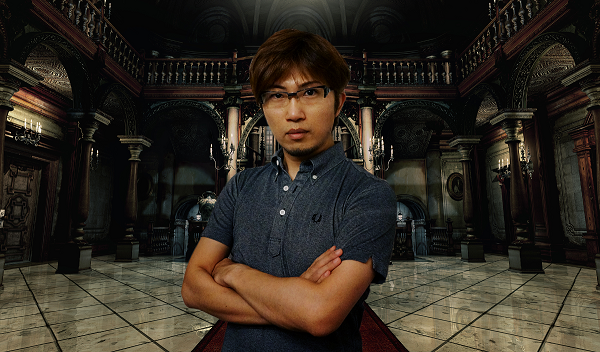 I may not be the biggest Resident Evil fan on this site, but when I heard Capcom was finally porting Resident Evil REmake to other platforms, I got really excited. I’ve been hoping to hear this exact announcement for a long time, and I’m eager to get my hands on the game again and actually finish it this time. With a PC release, I’m set for a good time.

But despite the excitement for arguably the best Resident Evil game being re-released, fans have had some concerns over the Resident Evil Remaster‘s porting process and its visuals. I was able to ask Capcom producer Yoshiaki Hirabayashi about some of the concerns that have been expressed and what to expect from the HD version of this 12 year old game.

Resident Evil Remake released on the Gamecube in 2002 and later on the Wii in 2008. After more than a decade of Nintendo exclusivity, why now bring the game to other platforms? It was also not announced for the Wii U. Is there any particular reason?

The below answer applies to the first two questions:
A: We are focused on bringing Resident Evil to PS3, PS4, Xbox 360, Xbox One and PC at this time.

Resident Evil Remake is arguably the scariest, most hardcore survival horror game in the series, maybe even the genre, but it didn’t seem to sell well enough when it first released. What are your expectations for this release?

The Resident Evil fan base has increased since the original title’s initial release and this new version represents a chance for players to enjoy a game that is still regarded as a masterpiece and a cornerstone of the survival horror genre. We’re working really hard to deliver a great experience and I hope that it will resonate with users.

What can you tell us about what has been done to improve the game’s visuals?

How have the pre-rendered backgrounds been upgraded (through up-scaling or by re-rendering from the game’s source assets)? Were there any struggles involved?

Will animated background effects be redone?

For this particular title, we aren’t doing a simple upconvert and calling it a day. We are working with the previous assets and making careful adjustments to resolution. The process is something akin to disassembling a complex wristwatch, polishing and cleaning up each individual piece, and painstakingly putting it all back together.

The original game featured pre-rendered backgrounds, but we’re going over each and every still image individually and making adjustments not just to the resolution but also to post effects. Those elements of the background that are actually rendered as 3D models are being given special attention. They are being refined to match up with the newly refreshed still images to form a cohesive piece. There are some backgrounds that are actually treated as movie files rather than still images and in those cases, we are going through frame by frame to ensure that the resolution and level of detail are where we want them. Of course, the character models and effects have also been adjusted so that they match these new high resolution environments.

How do you go about striking a balance between improving visual fidelity and retaining the original lighting, coloring, and tone of an area or environment?

What’s important to us isn’t just increasing the resolution and brushing up the visuals. We really want to recreate the atmosphere of the original game. We constantly compare the original game data to our revamped versions to ensure that the details so important to the original creators are preserved. We’ve ensured that the whole team is aware of the vision espoused by the original developers and we always keep that in mind as a guide. It can be a real balancing act in trying to maintain that vision while still striving for visual improvements, but we’re up to the task.

Can you describe the game’s widescreen camera-scrolling a little in more detail? Why go about the aspect ratio change in this manner as opposed to re-rendering?

The background scrolls vertically in reaction to the movement of the characters on screen. The parameters of the scrolling are handled on a scene by scene basis. The original 4:3 format allowed for some very deliberate staging of scenes in which danger is often implied to lurk just beyond the edges of the screen. This allows us to leave players frightened to advance while still urging them forward. Our goal is to maintain that sensibility in this new version.

We decided against re-rendering the scenes to fit 16:9 because it would allow the user to see more of the background than originally intended and could also result in the characters themselves taking up less real estate on the screen which could in turn lessen the sense of immediacy and immersion. An important concept in the original game is the idea of being frightened of what lurks beyond the borders of the player’s view. We didn’t want to risk losing that by re-engineering the environments to fit a widescreen aspect ratio. We also wanted to maintain the intimacy of the closer camera angles as that contributes so much to the atmosphere and sense of danger.

Bearing in mind the importance of these elements, we decided that the scrolling interface was the best way to maintain the original’s design sensibility while still filling more of the screen.

Resident Evil remaster will be 720p/30fps on last-generation consoles and 1080p/30fps on current-gen. Is it technically feasible for the PC version of the game to be 60fps or are there limitations due to the game’s age and development style?

We’ll be able to speak more about the PC version soon, but I can’t get into specifics at the moment.

Aside from the resolution difference, the versions are essentially identical. We’ll confirm details on the PC version at a later date.

What kind of work has gone into the game’s 5.1ch audio?

We’re using the sound data from the original version in its uncompressed state as a base and are implementing a new mix that allows for more audio channels.

The survival horror genre seems to be making a bit of a comeback in the AAA market with The Evil Within and Alien: Isolation, what are your thoughts on Resident Evil’s standing in the genre?

Ultimately, the fans themselves decide through their subjective interpretation just where the franchise stands. I can tell you that the survival horror elements of the game have always been terribly important to the series and that will no doubt still be the case as Resident Evil continues to evolve and grow in the future.

We recently published an opinion piece called “Why Capcom’s latest Resident Evil port may be the most important one of all”. Would you say that future Resident Evil games will be impacted by the response that Resident Evil Remaster receives, both in terms of sales and reception?

I’m sorry that I can’t really provide a definitive answer to that question. What I can tell you is that I myself – like many of your readers – am personally a huge fan of the original GameCube remake. In fact, it is the first title that I worked on upon entering Capcom so it holds a very special place in my heart. Taking off my producer hat for a moment and speaking as a fan, I hope that this title resonates with users and that it opens up opportunities for us to continue to dialog about Resident Evil.