AMY is a downloadable survival horror game with an interesting spin. Developed by VectorCell and published by Lexis Numérique, AMY follows the survival of Lana and an autistic child named Amy. Often compared to Ico, AMY puts a huge emphasis on survival and protection of someone who is defenseless. In this case, Amy.

Little Amy must be protected by Lana in a terrifying world inhabited by infected human beings. Here’s the kicker: Lana is also infected, but Amy has a mysterious gift that dampers the spread of the sickness when the two hold hands.

Amy is a survival horror game about teamwork in a tension filled environment. A lot of us here have been really interested in the game since it was announced, and we have had a chance to interview the team behind AMY. Check out the full interview below. 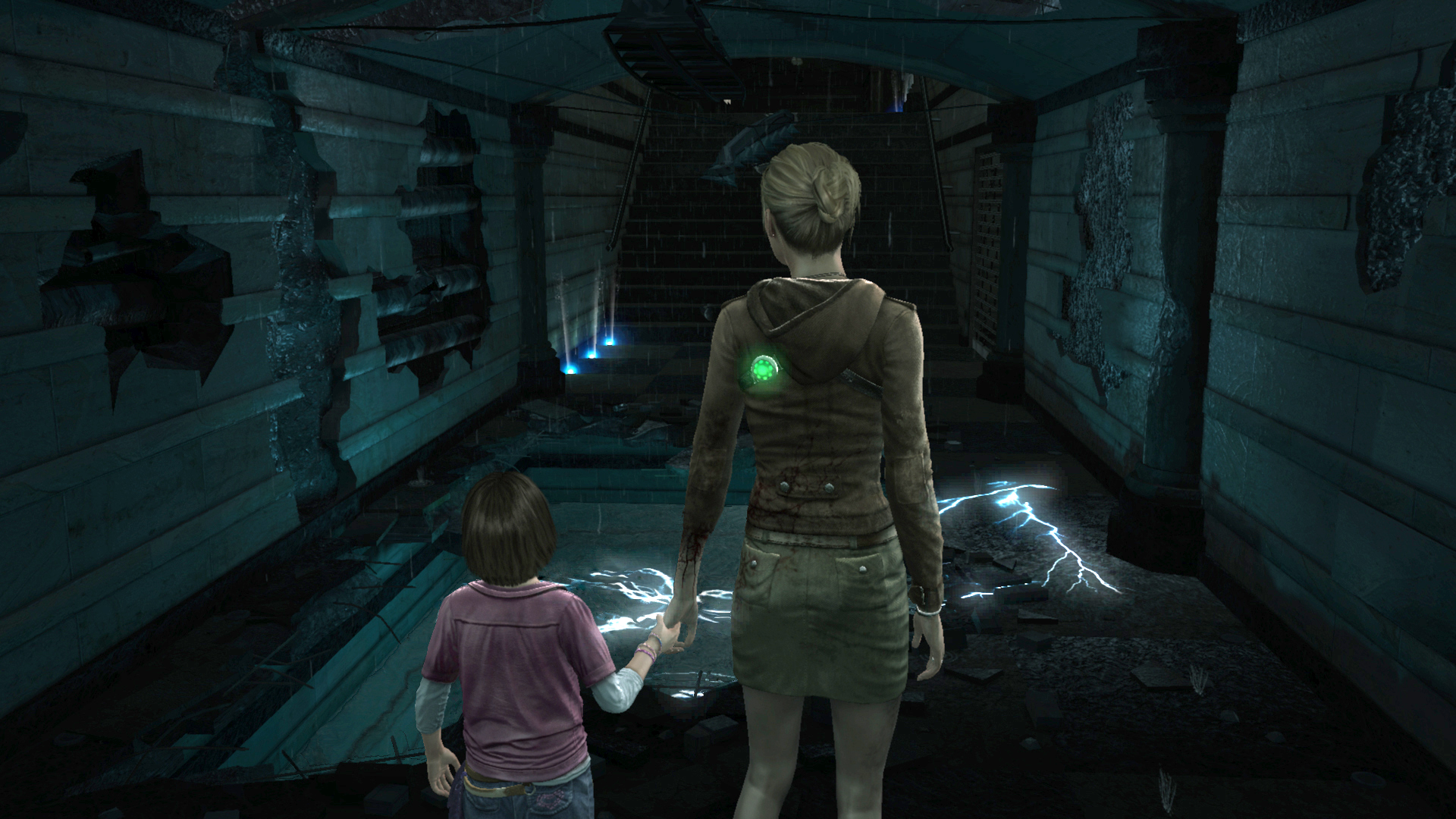 How would you describe AMY? Is it more in tune with classic survival horror, or modern? What sort of titles inspired it?

But we don’t really like labels and we believe AMY, while being closer to classic survival horror games is something quite different. More than focusing on sheer “fear”, we tried to manage “tension”. In addition, its very specific gameplay is based on several elements that may appeal to a wider audience than mere survival horror fans.
The special relationship between Amy and Lana (the character you play), might appeal to those who liked ICO. The fact that you’re often weaker than your enemies and can often decide to hide rather than fight might remind of classic horror games but also stealth action games.

Last but not least, the fact that you’re infected and fight against a virus that threatens to transform you into a zombie might appeal those who are looking to experiment new gameplays.

Can you describe to us Lana and Amy’s relationship and how will this affect the game experience?

This is a very important element of the gameplay and we have just released on video that describes the relationship between the two characters.

What was the reason for releasing AMY digitally rather than physical retail?

There are many reasons to that. One of them is that a few years ago, it was possible to launch a good indie game, as long as it was good enough. Today, it’s harder and harder to have a success in retail when you’re not a $60M game with a very strong franchise and a huge marketing budget. On the other hand, digital distribution is emerging in all entertainment fields (video games but also music and movies). We believe this is the future of distribution. We know some players prefer having a box, but back in the time is was hard to go from vinyl discs to CDs and from CDs to mp3. We would all consider it a nightmare if we had to use vinyl every time we want to listen to a song. For video games, digital distribution even brings major good things for the players: innovative games are blooming and good games can now be affordable (the disc replication process is very expensive).

AMY looks like a substantial game. Approximately, how long is it?

We carried a lot of playtests, and the average length depends on the player. The quickest tester finished the game in 8 hours and the slowest in 13 hours. So overall, it’s about 10 hours of gameplay.

Is there a chance that AMY could become a series? Perhaps branch into different mediums?

We invested a lot in AMY and we do hope to go one exploring its universe. Before finalizing the scenario of AMY, we worked quite a lot on the other characters and the background story so that there are yet many things to unveil. Overall, it will depend on how AMY works. So we keep our finger crossed.

What are you hopes for AMY?

First of all, we truly hope to do a good game and that those who will try it will have a great experience.
If we achieve that, it would be much more than half the way. Because we’re a small team, our key focus is about making the game and we can’t afford spending as much effort as we would like on communication. As per how we see Amy’s future, it’s always hard to predict the success or failure of a game. Some great games never found their audience when weaker ones were very well marketed. What gives us hope is that during our playtests, all those who tried AMY wanted to go on playing and gave us a great feedback. In addition, we’re really pleased to see that the game is gathering momentum with more and more fans and increasing press awareness. It really encourages us. One last word: if you want to support us, please check out (and like) our Facebook page: http://www.facebook.com/amy-thegame. Thank you!

Thanks to VectorCell and Lexis Numérique for the interview!