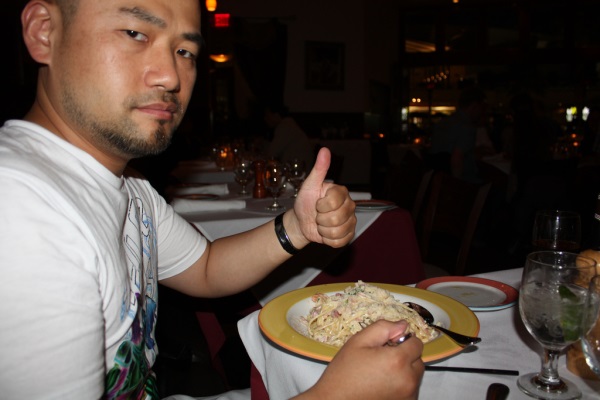 The Devil May Cry licence has seen it’s share of hardships in recent times, especially those in the fandom not content with Ninja Theory’s recent reboot. With the news of the reboot drastically under preforming and not meeting sales expectations, Capcom has shockingly decided to sell the brand in hopes of recouping their losses. They did not make the sale of the IP open to public bidding however, instead Capcom decided to do the right thing and made sure the series was back in capable hands. Today Capcom announced they have sold the Devil May Cry franchise to incredibly talented folks over at Platinum Games, and back into the hands of series creator Hideki Kamiya.

Rumors are already running rampant that the studio is already hard at work on a Devil May Cry title, a true successor to the series staring the real  white haired hero millions of people around the world have come to love. We contacted Platinum for a statement, and much to our surprise the were willing to give us a full interview with Hideki Kamiya himself! The following is what transpired during our correspondence with Mr. Kamiya.

RoH: Let’s just get this out of the way: Are you and the rest of Platinum working on Devil May Cry 5?

Kamiya: “Well we are only in pre-production currently, but yes it is true. Platinum is currently working on Devil May Cry 5 and I’m directing once again. It’s great having my son back in my life.”

RoH: Your son? Do you mean Dante?

Kamiya: *Laughs* “I guess I should explain, I tend to always think of the characters I create as my family. Bayonetta, Amaterasu, and especially Dante I consider extended members of my family. They are my children to me, I love each and every one of them. One of the things that made leaving Capcom especially hard was having to leave behind all the children I had created there, but now thankfully I at least have my son Dante back.”

RoH: That’s awesome that you’re so passionate about the characters you create! Do you ever feel protective of characters like Dante though? How did you feel about Dante’s redesign by Ninja Theory?

Kamiya: “No one was more upset than I was when they revealed the new Dante… My heart sank and a couldn’t sleep at all for weeks, I wept uncontrollably at times. Mikami would try to console me in the office and say it was just a videogame character, but to me Dante was more than that. How could they turn my baby boy into some emo mallcore kid, specifically ruining his white locks of shimmering hair… Soon my sorrow turned to rage, and in an act of violent protest I shaved my head. From that day forward I would never grow my hair out again, for my son’s ruined hair.”

RoH: Most of us wish our actual fathers were as caring about us as you are about your characters, Mr. Kamiya. But what did you think of DmC: Devil May Cry as a whole? Did you think Ninja Theory did a good job?

Kamiya: “I respect anyone working in this industry, but I’ll be honest with you. I hated the game they made, they took all the rich lore and masterfully crafted story from the first four Devil May Cry games and threw it out the window. It took me many months toiling away writing to come up with the final script draft of the first Devil May Cry game, I often liken the plot and back story in the series to the works of Tolkien in how much time and thought went into it. Then they threw out all that hard work in favor of stupid penis jokes in the reboot.”

RoH: Well let’s get off the depressing topic of the reboot then, what are your plans for Devil May Cry 5?

Kamiya: “To restore honor to the series, and continue the timeless Devil May Cry saga, and take the story to new heights. You’ll assume control of Nero once again, who is finally revealed to be the son of Vergil and Bayonetta. Shortly after a heartwarming family reunion, a black haired mallcore kid named Dino will slay Nero’s new found parents. Shortly thereafter Nero starts on a quest to slay Dino, and restore balance to the force.

The game will be 2 player online co-op where the second player assumes control of my son Dante, Dante’s presence is never explained for acknowledged. But that’s all I can say for now, we think you’re all in for a treat!”

RoH: Thank you so much Kamiya, this is amazing news and we’re so happy you’re back at the helm of the Devil May Cry series you created. When will Devil May Cry 5 be released?

It was such a pleasure to sit down with Hideki Kamiya and discuss Devil May Cry 5 and the return to glory of the franchise after Ninja Theory almost ruined it forever. We couldn’t be more excited.