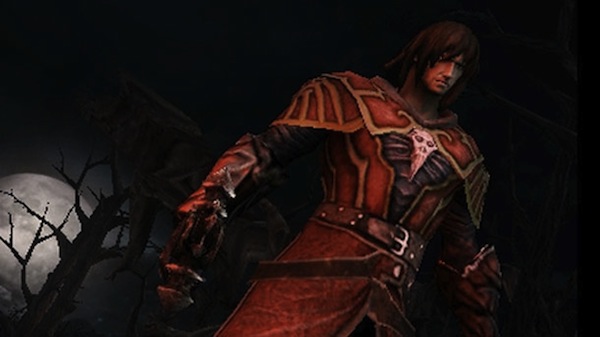 Recently I got a chance to ask Castlevania Lords of Shadow’s Producer Dave Cox a few questions about the upcoming 3DS exclusive, Mirror of Fate. With the game set to release in just a couple days, on March 5th, I’m now counting down the hours. It’s almost here! Be sure to check out our official review later this week. But for now, check out this interview!

Oh, and I tried to get something regarding that highly demanded 1999 game, but…nothing! I tried…

ROH: With Mirror of Fate, the focus is on arguably the two most important Belmonts, Simon and Trevor, as well as fan-favorite Alucard. Were there ever intentions to have other popular Belmonts in the game, like Richter and Julius, and providing your own take on them?

ROH: Music has always played a huge role in Castlevania. The series is renowned for its instantly recognizable and masterful tracks ever since its birth over 25 years ago. For Mirror of Fate, is Oscar Araujo going back to these classic tunes and remixing them? And with the game being on a larger scale, spanning multiple timelines and all, what has he done differently to aurally complement the broadened scope?

Oscar has composed an epic, sweeping score filled with melancholy and tragedy. For this game, we decided to move away from revisiting old tunes and do something that fit our vision of the game. Oscars work has garnered a whole new generation of fans and won many plaudits and awards. The success of Castlevania: Lords of Shadow gave us the confidence to keep moving forward with this new direction and not keep looking back to the past.

I think whoever takes over should not be afraid to take the series in new directions, if that is their wish. Shake things up a bit and go with your heart. Don’t be afraid to try new things. A series achieves longevity by changing and adapting to the times its in. A new generation is just around the corner and the possibilities are there and it would be a shame to waste them.

ROH: The Lords of Shadow trilogy has established Gabriel Belmont/ Dracula as one of the most tragic and compelling characters this generation, making him more than just the final boss you fight at the end of a Castlevania game. You guys made Dracula an actual multi-layered character, making players sympathize with him, and understanding why he ends up doing what he does. Despite being in different timelines, I honestly feel bad beating the holy hell out of him in the classic 2D games now! With that being said, is MercurySteam’s departure from the series akin to a creative team leaving a comic book, with another team coming in to continue where the previous one left off in the same universe? Or do you see another “reboot” happening?

I think it would be wrong for me to say. Any Producer or Director coming in needs to put their own mark on the series and take it where they feel it needs to go. Our story will be done but their is a playground for someone to continue to explore in if they want or they could go back to the old timeline and shake things up there or indeed a new direction entirely. This is a rich and interesting universe with great characters and restricting yourself from the get go is a sure fire way to fail. Explore your ideas and see where they take you. One thing the success of the original game has proved is that there is an appetite out there for Castlevania and the series has a lot of life left in it.

ROH: As a fan of the series, how would you like to see the untold story of Julius Belmont in 1999 take place?

This is Mr Igarashi’s vision and his story to tell and it wouldn’t be right for me to comment or attempt to tell it.

ROH: I want to thank you for your time. I absolutely love everything you and the team have done with the Lords of Shadow universe. The original game continues to be my favorite game this generation, and I’m expecting Mirror of Fate and Lords of Shadow 2 to be the games to dethrone it. Any last words you want to leave fans with?

Thanks for your kind words. It’s very gratifying to know that there are people that enjoyed our take on the Castlevania mythology. We hope they will enjoy where we take it next. We put our heart and souls into this series and I hope when playing and enjoying the story that they will feel  not just the emotion of the characters but that of the team as they crafted these games for you. Thank you for your support.