Interview: Blue Isle Studio talks about the Past and Future of Slender: The Arrival 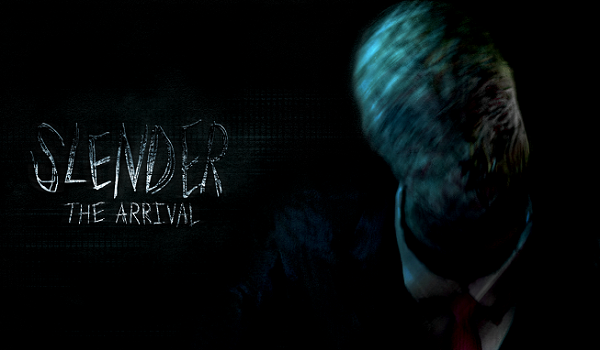 Slender: The Arrival released over a year ago on PC and has since become a staple of the Youtube/Twitch scare-cam trend. Starring perhaps the most successful “creepypasta” character ever made, Slender: The Arrival jumped onto the idea of being pursued by the enigmatic monstrosity in a business suit, Slender Man.

Based on the free Unity game Eight Pages and written by the guys behind Marble Hornets, a popular Youtube series based on the Slender Man mythos, Slender: The Arrival is now making its way to the Xbox 360 and PS3 with additional content and changes. If you have yet to play the game or are a fan eager to hear from its developers about the what’s next, check out our interview below with Blue Isle Studio.

What would you say ended up being the most challenging aspect of creating the game, and what came the easiest and most natural?

I’ll give a two-part answer to this one. Firstly from a game design standpoint, we wanted to be sure that we were staying true to the original Slender: The Eight Pages. That game seemed to resonate with many people and we spent a lot of time early on trying to deconstruct what made that experience so special. We quickly realized that adding nicer graphics and better sound effects didn’t necessarily make for a better game. We had to be sure that absolutely everything we added to the game contributed to the horrifying experience instead of took away from it.

The second part was our resources, or lack thereof. The majority of the game was built by just two of us. We had no money, no office, and no real development team. We built this game from our bedrooms while collaborating online. It’s a bit of a crazy way to approach development and we made a bunch of mistakes but ultimately I can say we are proud of our final product.

As for the easiest part – I genuinely struggle to think of one thing that ‘just worked’. I’m not sure there was one easy aspect of developing and releasing this title, it was a crazy ride from start to finish.

What kind of alterations to the existing game can we expect with the console release and update?

We’ve gone through the entire game and added little bits and pieces of polish here and there. We also rewrote the entire AI for one of the levels which makes it a much better experience. Overall, it will be an improved experience over the existing PC version.

Seeing as how Slender is being ported to last-gen consoles, are there plans to also bring it to the current gen?

A lot of people have requested this and we are seriously considering bringing the game to next-gen. I can’t announce anything specific at this point in time, however, we are looking into it.

Slender: The Arrival originally released in March 2013 on your website and then on Steam in October. The Steam release included fixes to the game and changes to the ending. How would you describe the on-going development of Slender: The Arrival? Do you see it more as expansions to the game or righting wrongs? And would you have opted for additional development time with the initial release or the use of Steam Early Access?

The big updates, like the Steam release and the upcoming console releases I would consider to be expansions. The biggest complaint we heard is that the game is too short. This was the main issue we wanted to address so we decided to deliver more content, and importantly, make that content free to everyone who has the game. The Steam release added some, and we are adding a whole lot more with the console release with two brand new levels. I can say that as developers we are extremely fortunate to have such a passionate group of fans and this is what makes it possible for us to fund development of this stuff. Paid-for DLC is not something we have much interest in.

As for Early Access, I do not think that platform is mature enough just yet. I’ve seen too many games release and sell way too early while simultaneously avoiding the bad reviews that would go along with it – this is not a tactic I have any interest in employing to be entirely honest. We put our initial release out there as a finished game ready for review and we’ll take the good and the bad that come with it. Being inexperienced developers, quite frankly, we needed to be judged in order to grow and become better.

With how open ended and mysterious Slenderman is as an entity, would you say that there is room for a lot of different stories to be told, and has a sequel/spinoff crossed your minds?

I think there’s still enormous potential for all kinds of stories to be told in this universe. We wanted to add our own unique story to the mythos and there’s still a lot that can be done. Doing a sequel or even a trilogy has definitely crossed our minds at some point. With that said, we don’t want to build a second game just because it will sell well. We’ll only build another game if there is a real reason for one to exist; we’d need to show players some brand new gameplay and make the experience truly worthwhile. While there’s opportunities for more stories to be told, we haven’t yet found any compelling gameplay experiences that are brand new and worth exploring. I don’t want to make a sequel for the sake of building a sequel, there’s got to be something more.

Based on the endings, there’s no resolution to Lauren’s journey. It’s presumed she failed, but if she hasn’t, will we see her again?

That is a tough one to answer. We wanted to leave certain things up to players’ imaginations and I’d rather leave things like that. We’ll have wait and see what the future holds.