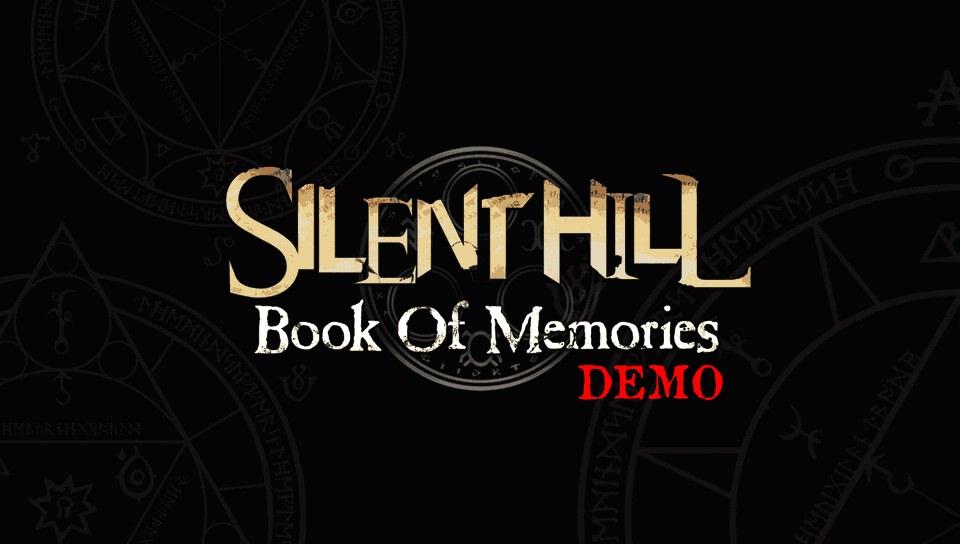 Silent Hill Book of Memories is a game that has been hated by many since its announcement. Not because of the game’s quality–which couldn’t properly be judged at the time–but because of what its existence meant to uptight purists of the series. Book of Memories somehow tarnishes the series in a way that only those who are still hung up on the departure of Team Silent can see. BoM is blasphemy in their eyes; it shouldn’t exist. This kind of asinine complaint is unfortunately the most prevalent opinion of the game—pre-release mind you.

Book of Memories is a spinoff. That’s it. It does not deserve to be condemned as if it has somehow lessened the value, emotional impact, and depth that Silent Hill 1-4 offered. It’s just a game meant to entertain people. If it offers more than that in terms of its canon story, then great. Let’s just give it a chance, shall we? With the release of a demo we now have a chance to play it for ourselves and judge it properly.

When I had learned that Silent Hill Book of Memories was getting a demo, I was pretty surprised–the Silent Hill series isn’t granted much promotion by parent company Konami. Despite having to jump through some hoops to play the demo (account locks on the Playstation Vita) I was able to play the demo for myself. Here’s hoping it officially releases in North America so that I can continue to play it and find all of its secrets. 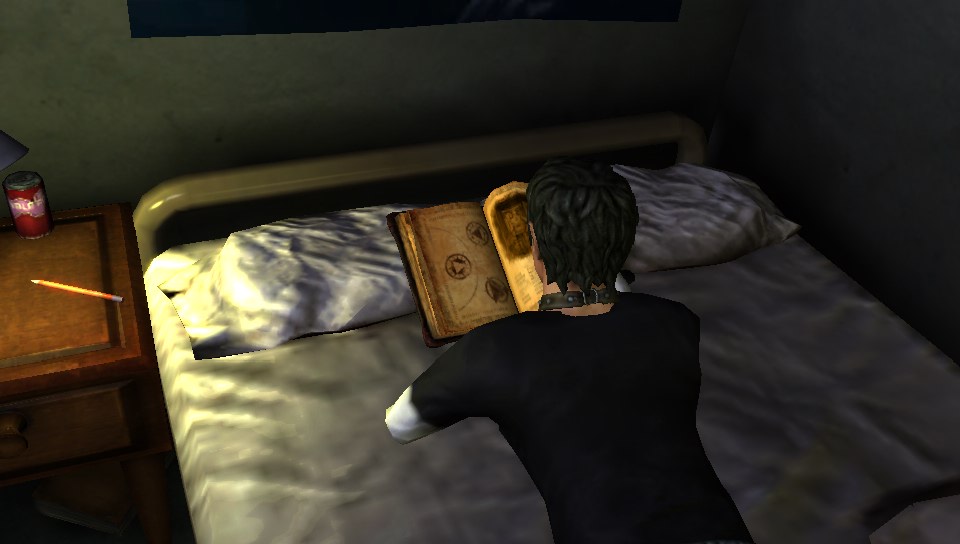 The demo starts off in the bedroom of the protagonist. Upon starting the demo, you first choose an item that starts your character off with a permanent boost to an attribute, and then to the character creator. The two character classes available in the demo are Preppy and Goth. I played as the Goth class because they have more interesting shirts. Sue me.

Each character class has their own unique voice actor. As the Goth character, I was greeted to a dramatic, angst-filled young adult voiced by Troy Baker. Each character class has unique dialogue for in-game communication with other players. These lines are tied to commands like: “Follow Me”, “Health”, “Help”, etc. As a nod to fans, one of the unique Goth lines is “For me it’s always like this.” In my playthrough I noticed several nods to the series’ past.

The story begins by a familiar face knocking on the protagonist’s door. Howard Blackwood, introduced in Silent Hill Downpour, has brought a package from Silent Hill, addressed to the protagonist. Inside the package is the Book of Memories. No explanation from Howard, just more elusiveness. 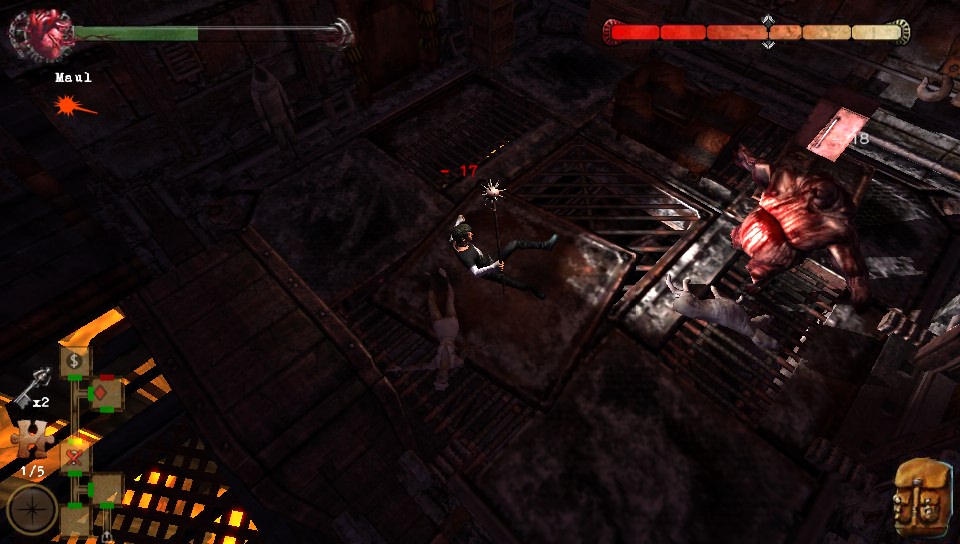 Soon after Howard leaves the protagonist notices that the book contains all of his or her memories. Curiosity strikes and the protagonist decides to re-write aspects of the book for personal gain. This act leads to the start of the first level.

The demo contains two levels (or dungeons) within the Fire World. Upon entering the first area, Valtiel greets the player with a mission for that particular dungeon. Completing these missions means a reward for your character. The second mission that he gave was to defeat The Butcher from Silent Hill Origins. 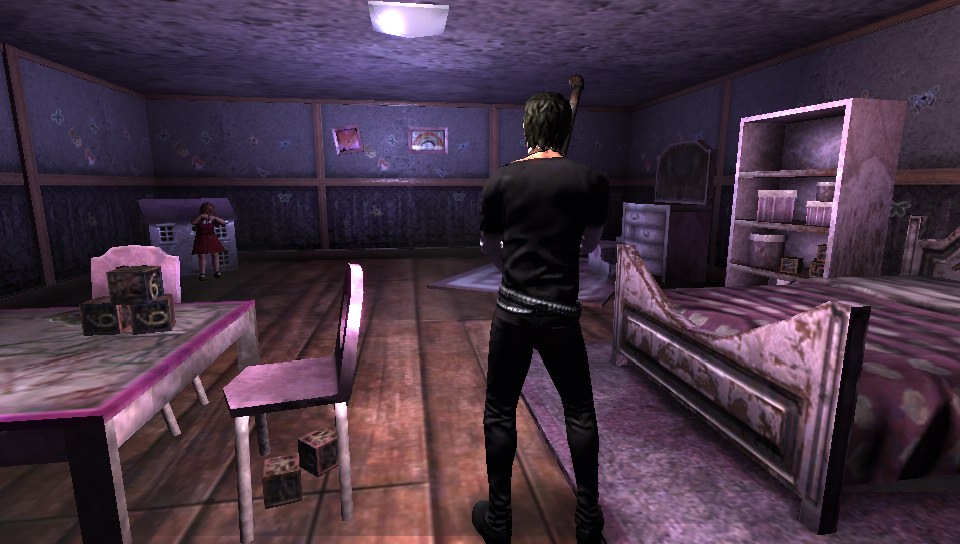 Book of Memories is lacking a bit in the graphic department. Textures could be better and character models do not look too good when there is a cutscene or when the camera comes in close. The intro cinematic especially looked strange due to the characters stiff animations and visible neck seams. I’m not sure how often we’ll see our character up close in a cutscene, so I can’t be sure how much of an annoyance this will be. Regardless, the gameplay animations run smooth and that’s the most important thing.

While the textures could and should be a bit better, BoM is stylized and very vibrant, which is to be expected from developer Wayforward. Vibrancy and the Vita go hand in hand. The game isn’t ugly by any stretch, but I do feel that it could benefit from better textures. 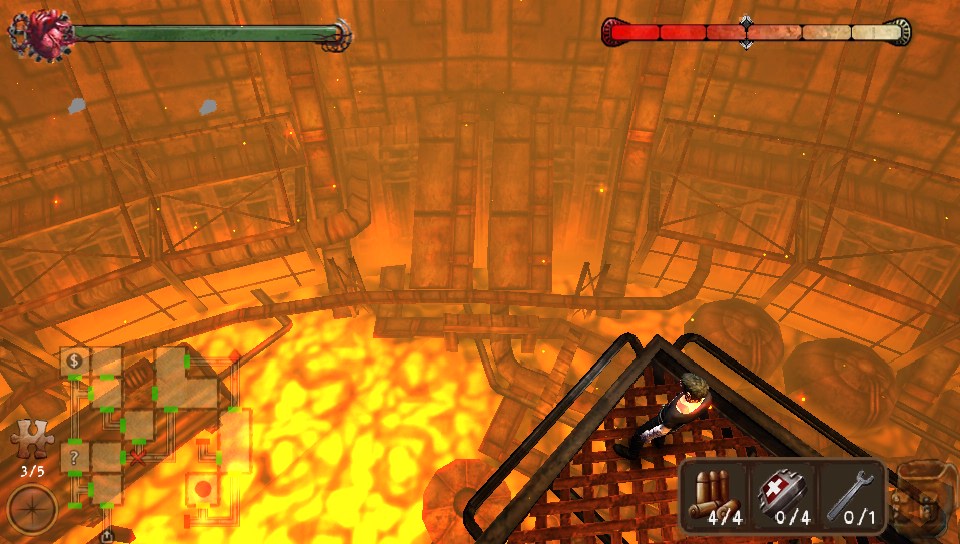 Now let’s get to the RPG elements of BoM. Well, it’s an RPG. Such an odd thing to think of with a Silent Hill game. The game has all the basics: leveling up, currency called Memory Residue, stat bonuses tied to artifacts, multipliers, and enemy class types. Combat is done in real time, with the ability to dual wield one handed weapons—two handed weapons being slower but stronger. BoM will contain guns but I already feel that the game will focus more so on melee weapons.

A Karma system also measures your character’s alignment to either evil, neutral, or good. The Karma meter on the top right of the screen shows where your character’s alignment stands. The far left is Blood, the right being Light. Enemies drop Blood or Light essence so that you can refuel your magic. I didn’t unlock any spells in my playthrough; I’m not sure if spells are included in the demo. 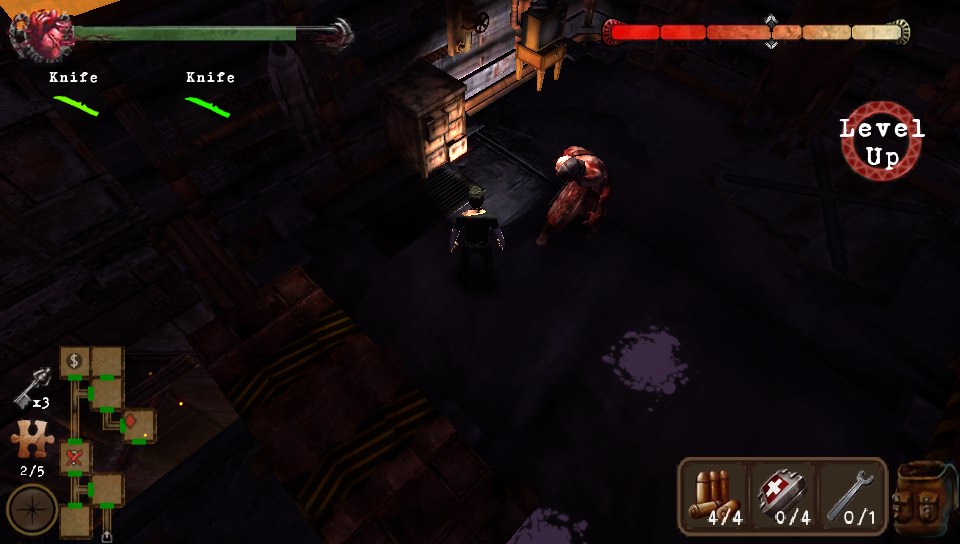 Dungeons are made up of several room types: standard, challenges, a library to save, Howard’s shop, Forsaken Rooms which will contain a puzzle that will affect your Karma—these are especially cool, because the camera angle changes within them, and treasure rooms. Upon completing room challenges the player will gain a puzzle piece. Once all of the puzzle pieces are acquired, an actual puzzle leading to the next level can be completed. A hint that will help solve the puzzle must be found in one of the dungeon’s many rooms.

Along with puzzle pieces, health packs, ammo, and wrenches to repair your melee weapon, dungeons also contain notes. These notes either give you a piece of the story or some lore. There are also televisions that will turn on and progress the plot with dialogue. These televisions give the player insight on the repercussions of their actions. I felt pretty bad about what my character had done to poor Derek. 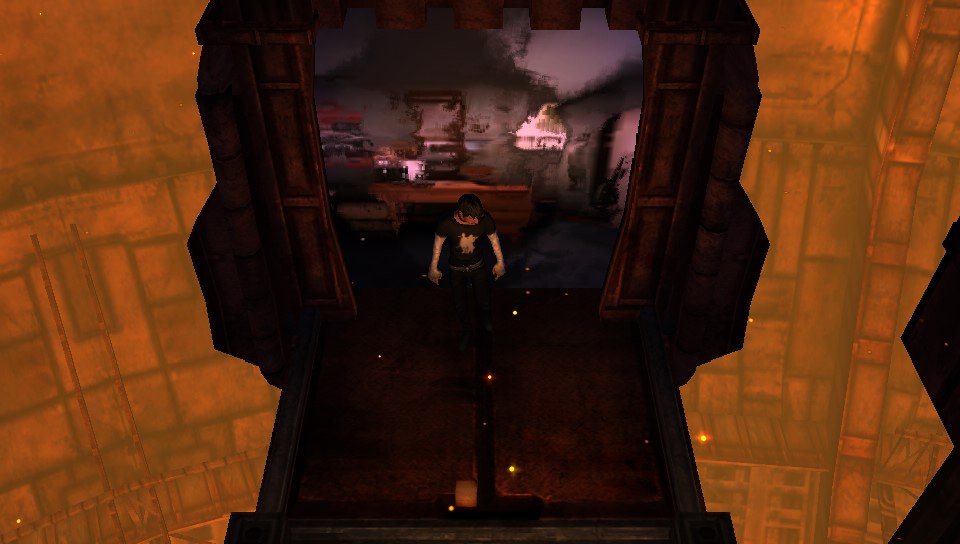 Despite being a dungeon crawler, Book of Memories does have a few elements in common with past Silent Hill games: illusive puzzles, key searching, creepy music, vague and sometimes poetic notes, and weapon/ammo conservation. It may be a few small things, but a little goes a long way to preserving some of that Silent Hill vibe for fans willing to take the plunge. If you’re expecting a traditional Silent Hill game, then you might be disappointed, but that doesn’t mean Book of Memories is not a fun game. It certainly seems like it will be if the dungeon crawling genre interests you.

Silent Hill Book of Memories should be a fun game if this demo is enough to go by. Judging an RPG by playing a small segment is not that easy, but the gameplay and story has me interested. If the full game can provide lots of level, weapon, and enemy variety, I’m sold. I’m still not too sure about the story, but the demo did get me to feel bad about a selfish action that my character committed. Here’s hoping that the final product delivers more of what I’d expect from an RPG and a Silent Hill title.