GDC 2016 Preview: Sitting Under a Blanket with Little Book - Rely on Horror

GDC 2016 Preview: Sitting Under a Blanket with Little Book 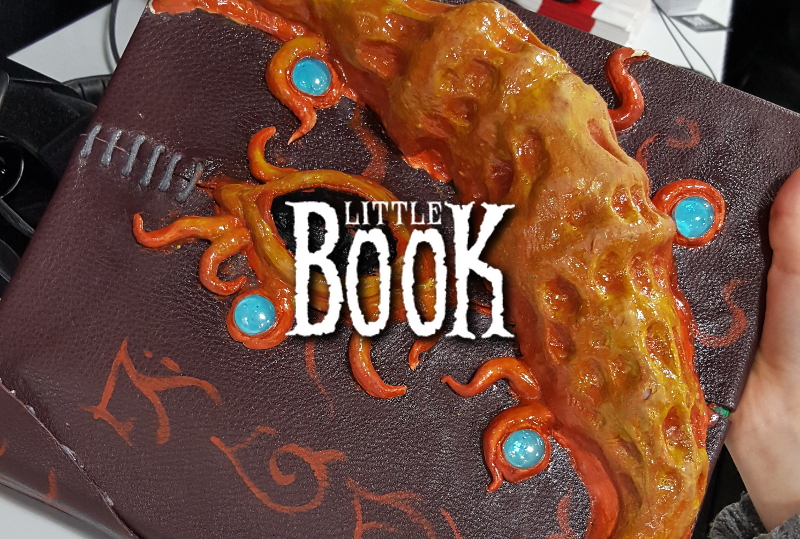 Let me tell you about a little VR game called, Little Book.

Designed for the Oculus as part of a student team’s final project at a French game design school, Little Book is a marriage of new technology, and clever peripherals.

The player takes the role of a child who is just tucked into bed. However, the child just happens to have their hands on an ancient, Lovecraftian tome and is eager to read it, even if it means getting caught by their mother. To avoid this, you hide under a blanket and read this book under the covers using a flashlight. As you can imagine, things quickly go awry when you mess with ancient eldritch terrors.

What is unique about the game is in how you experience and interact with it. The player is first introduced to a physical book controller. This controller has pages you physically flip through in order to advance through the game. Next, the player is given an actual blanket to duck under. Now the physical book itself is blank, and the blanket is just a normal house blanket. That’s where the Oculus headset comes in. The player dons the VR set and suddenly they are transported to a child’s room, and the blank book and blanket comes to life in conjunction with VR. When the player flips through the book in real life, the book corresponds in virtual reality; same thing with the blanket. So while the player is immersed in this VR environment, they are interacting physically with objects and peripherals in real life. The team helpfully included this image on their website. 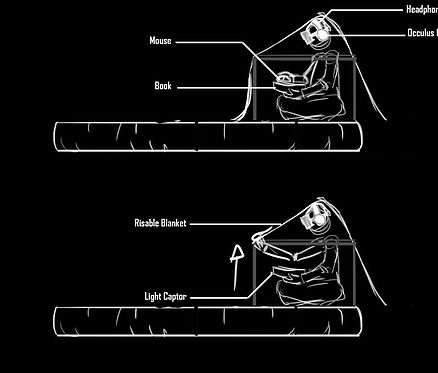 In order to progress in the game, the player must find clues within the passages of the book, which appear on its blank pages out of nowhere. While the book in real life is mostly a wired up controller, within the confines of the VR headset, it is a puzzling piece of evil. The blanket mechanic correlates in real life as well, as lowering or raising the blanket to duck in an out of the cover requires you to do so with the physical blanket they give. This mechanic doesn’t work quite as well, and I probably had a 70% success rate of the Oculus recognizing when I lifted the blanket from over my head versus when I was underneath it.

The blanket is a neat idea that doesn’t fully work all the time. The book however is a real gem in that interacting with the book in VR would have been significantly less intuitive without it. The Oculus is doing most of the heavy lifting when it came to creating the game’s immersion. Still as I’ve come to understand the past GDC weekend is that virtual reality demands a responsive controller that goes beyond the mouse and keyboard. This is where the book plays such a role in the game as a controller and story object.

The designer Amelia told me that she was influenced by such works as Lovecraft and more recently the film The Babadook. She’s not underselling this in the least. Little Book is the perfect videogame translation of scenes involving terrifying monsters in children’s bedrooms. Even if the controls didn’t work a hundred percent of the time, Little Book is more a testament to two things regarding Virtual Reality. That the sense of immersion can’t be imitated on television screens or PC monitors. The feeling of really being within the confines of a game is Virtual Reality’s greatest asset. Second, that peripherals used cleverly can definitely work in conjunction with VR, even if the technology isn’t there completely.

Little Book was a little demo I found at GDC this year and I left looking forward to more horror experiences like it.