Early access projects are tough to analyze. The version of the game you play now may not be anything like the finished product later, and your first impression may overshadow the enjoyment of a finished, well-honed product. In the case of The Domaginarium’s The Nightmare From Beyond, I sincerely hope that the finished product is vastly better than its first and second iterations. In both versions of the game I played over the span of 3 weeks (the initial version and its first major update), I was unable to progress more than the introductory areas due to technical glitches or not knowing how to proceed.

Let’s start from the beginning. Upon receiving a Steam key from the developer, I proceeded to download the game with no problems. However, in Version 1, I noticed clipping issues with my avatar running into and blending with the cliffs in the environment, and noted that the landscape looked reminiscent of Shadowman 64, a title that was a bit dated five console generations ago.

Since I was immediately given control of my female character without an introductory cutscene, I was uncertain of my role or mission. A few feet ahead of me waited my first NPC. She spoke in an archaic dialect of English, which my character also echoed – a commendable attempt of the developer to bring us into a new world with unfamiliar rules. Dialogue is text-based which prevented me from being truly immersed, however; when a NPC was in danger, the dialogue detracted from the overall sense of urgency the game wanted to inject. In both versions of the game I played, names or character images within the text boxes could go a long way to mitigating any confusion about who is saying what to whom. 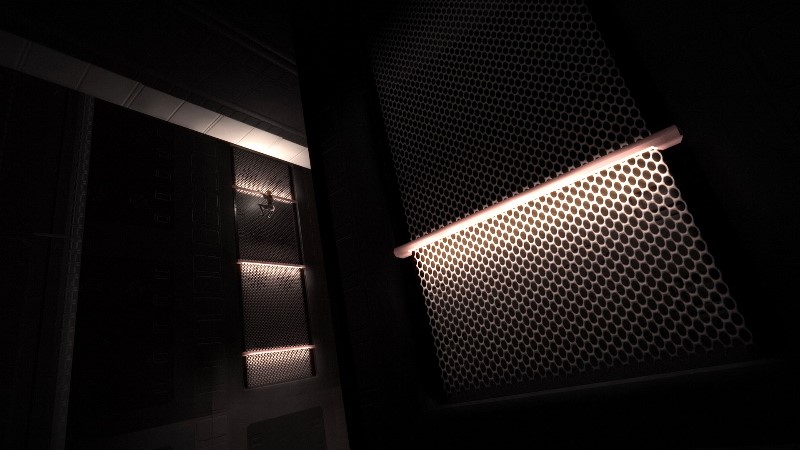 The first NPC I spoke with said that she wished my sister was dead and then ran away. Upon speaking with her a second time, she explained that we were in Hell and she was only hoping that my sister wouldn’t have to suffer. I feel that the game would be more effective in establishing its setting as Hell more beforehand as the environment I see is not so obviously Hell in the way that Silent Hill (and its otherworld) does so well. I have noted that in the second version of the game, you begin in some sort of ship instead, which may allow for a sense of context in that you have to land before proceeding to this “Hell,” I believe.

The Nightmare From Beyond is a third-person platformer. Too bad I can’t jump in either version. I’m a veteran of embodying Mario, Sonic, Crash, Spyro, Nathan Drake, Lara Croft, and, for our purposes on this site, any member of the Belmont family. I know how to jump. I know how it should feel. Alas, I could not make the second jump in this game for the longest time. At first the game left me frustrated and clueless about what to do, and upon giving it a try for the umpteenth time, I made that jump and proceeded a bit further before getting stuck again. As someone who did not sign up for the masochistic train that are the Dark Souls / Bloodborne games, getting stuck so soon and being unable to progress is ultimately demeaning, and I sincerely believe that Domaginarium intends for this game to be accessible for everyone. 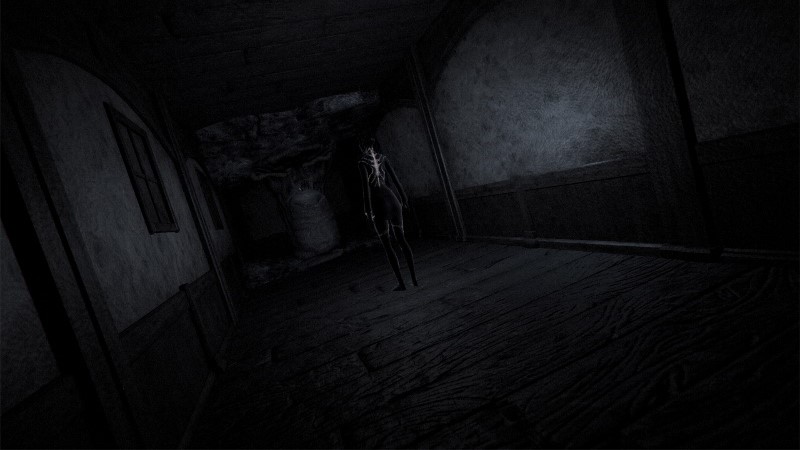 In Version 1, the main character can swing once and then she lets go. If you don’t jump by the apex of your swing, sorry. The second jump involves scaling to a higher ledge. The main character simply hits the wall, arms outstretched to the point where she could use her upper body strength to climb, but… we’re back to the ground again. I discovered later that I didn’t see a ledge I was supposed to grab onto. I was close enough to make the jump without the ledge, so I didn’t think a ledge was needed. An NPC demonstrated jumping prior to me having to do so myself, but she did not go in the direction that I actually needed to go, which confused matters.

At this point, when failing that second jump, the character either repeatedly sank to the ground or the game froze. If the game didn’t freeze, I could try and make my way back to the starting point, but I noted that doing the required platforming increases the chances of falling into the ground repeatedly or freezing once again. Later, in a base-like area, a jump led my character to only be able to move in two directions, both of which were dead-ends. Obviously, more polish and a mini-map are needed for the final version of The Nightmare From Beyond.

Upon booting the game’s second version today, I noted that controller support was incorporated. That made the controls more intuitive and immersive for me. However, I could only progress a short amount in this version as when the main character needs to change clothes to proceed, the camera angle freezes but you are unable to do anything to progress the game along. Once again, my noble attempts to give this game another go have been thwarted by technical issues.

The game has a great deal of potential despite the technical glitches I have experienced first-hand. For example, the advertisements of the game indicate that there will be many environments and gameplay styles, including elements that involve working with security cameras and monitors, which interest me in light of the “Hell” and ancient landscape that was featured in the first version of the game I saw. Yet, when you can’t make that jump, you can’t make that jump. That’s all there is to it. 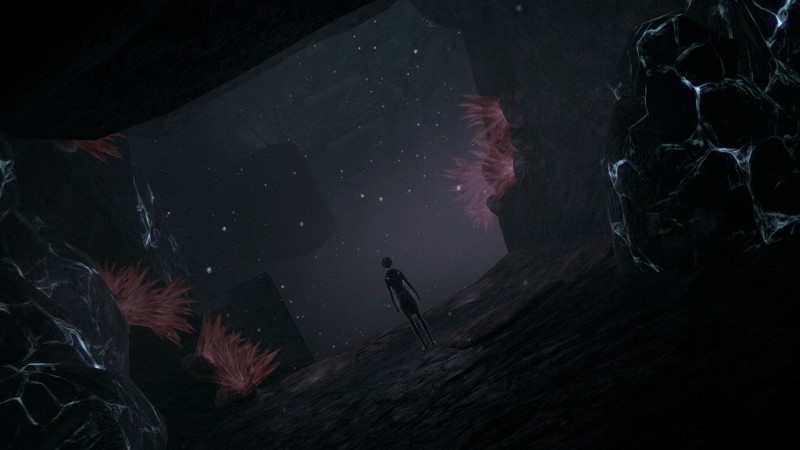 I will willingly concede that I don’t know the first thing about programming a game. As my editor will tell you, I’ve been learning about WordPress this whole time and I still have a ways to go before calling myself adept. What Domaginarium’s lead developer Sergio Rosa is doing is a lot of work – moreso in that he is a one-man development team who is willing to discuss game issues and collect feedback from Steam users. His intentions are noble and as a game fan, I do want him to succeed. This means, however, I need to step away from this game right now before it frustrates me yet again.

I’m more scared of technical issues than I am of this version of Hell. The developer seems to be attentive to feedback in the Steam forums, and genuinely desires to have a great product. I’m willing to try again a later time, or have someone else on Rely on Horror take a stab at it – but right now, Bowser and Dr. Eggman are scary enough for me.