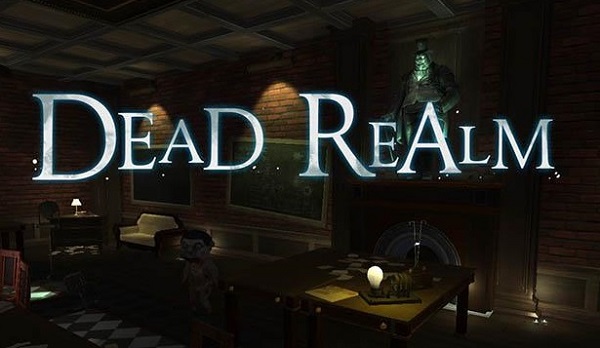 I’m a firm believer in multiplayer survival horror. It can work given the right design and care, and there have been several examples I’d prop up in support of my belief: Damned, Contagion, Killing Floor, and yes, even DayZ. While only the latter two of those titles achieved mainstream appeal, elements of Damned especially are worth applauding as it combines traditional survival horror elements with PvP multiplayer. Damned didn’t take off as much as I had hoped, but a new contender has come into the ring to prove that multiplayer horror is a viable genre: Dead Realm on Steam Early Access.

Dead Realm’s premise is a simple one: a team of human players must survive against a ghost with the power to reap them and turn them to their side. Humans are tasked with hiding and avoiding direct contact with ghosts up until each of the game’s rounds are over. It’s a monster-led version of hide and seek. 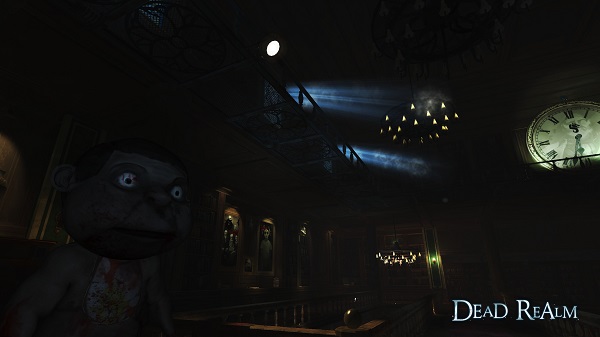 There are three playable ghosts at the moment: Wolfman, Baby William, and The Butcher. The main Reap & Bounty multiplayer mode begins with one player embodying their choice of the three ghosts, set with the goal of turning all human players into henchmen by taking their souls. Ghosts have the ability to scan the area to get a vague idea of where humans are hiding, and humans have a ghost detector that allows them to sense when ghosts are nearby and also use security cameras to survey the map from their hiding places. Ghosts also have wonderful taunts depending on which of the three baddies they’re playing as. I’m guilty of spamming that button repeatedly. I’m partial to Baby William and The Butcher myself. Little Willy makes a pitter patter sound when he’s walking, and appears to contribute to the tension human players feel when they’re hiding in his vecinity. The Butcher has laughable cliche lines like “I’ll feast on your bones!” as he stomps around. The Wolfman needs to step his game up, though; his taunts aren’t as fun as the others.

Each available map in Dead Realm (at the time of writing that number is four) features numerous hiding places for human players to make use of – ranging from ventilation shafts, around furniture, in closets, above rafters, and more. Some objects in the map are movable such as boxes and crates; there are also structures with interactions such as faux bookcases and trap doors. Maps are rather varied and nicely detailed, but over time regular players will surely learn of all available hiding places. The game’s latest map to be added also suffered from being too big, even at the max player count of 8. 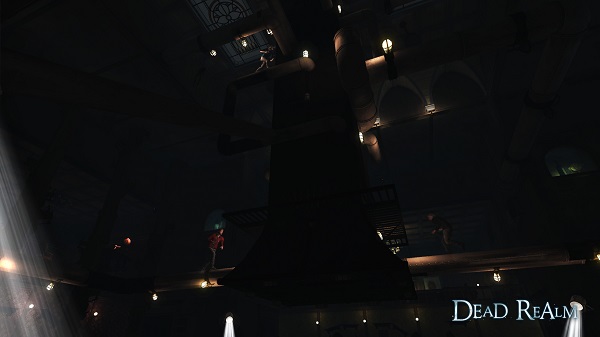 As the game is Early Access, new maps will be added over time, but one thought that came to mind would be a system that either alternates variations of each map with different hiding places or game updates that change all maps in “seasonal” cycles. That way to improve the longevity of the game online without having to reintroduce completely new maps to keep up.

Dead Realm is very much a game designed for viewing and playing, if not more so, and it shows. When players are reaped by a ghost, there is an immediate cut to a scary face and loud sounds. Each surprise capture leads directly to a jump scare, and that’s fine. Developer Section Studios did a fantastic job designing these scares along with the several prolific YouTubers they teamed up with (VanossGaming, TheSyndicateProject, SeaNanners [whom lots of people think I sound like for some reason]). I wouldn’t say the game is scary, with Damned still winning out in terms of atmosphere and tension, but its spookiness is charming and its jump scares well-orchestrated. The Bounty game mode also shares a lot in common with Damned, but it’s not as well balanced, with ghosts far too overpowered for players to find the requires keys to complete their objective.

If you’re looking for a fun and cheesy multiplayer game with a steady stream of jump scares, Dead Realm is worth checking out. Some may be turned off by the game’s clear focus to just go boo and the player base it attracts (majorly kids and teens, some far too keen on sharing how scared they are over the mic). Don’t worry, you can mute players individually or online voices entirely. Overall, it’s a fun game that I hope evolves over time with more functionality, new modes, and new ghosts. Until then, Dead Realm is a fun distraction worth playing a few rounds at a time.