E3 2014: Alien Isolation scares me for the wrong reasons - Rely on Horror

E3 2014: Alien Isolation scares me for the wrong reasons 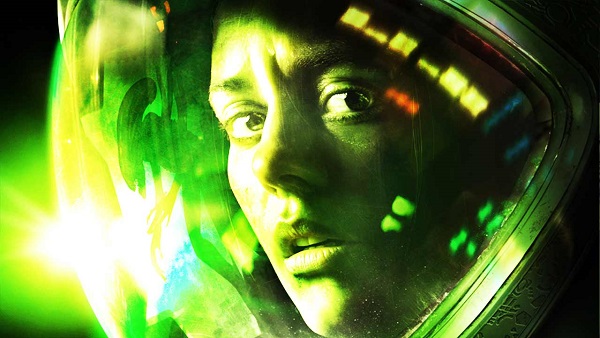 Alien: Isolation marks a clear attempt by Sega and developer The Creative Assembly to make amends for the publisher’s previous Alien game, Aliens: Colonial Marines. Dropping action-oriented gunplay for stealth, Isolation takes heavy influence from the first film in the Alien franchise – focusing on the pure horror of being stalked by a Xenomorph creature while stranded on a spaceship.

Flight is given priority over fight in Isolation, and now that I’ve had some hands-on time with the game, I can say that it is far superior to its Gearbox developed predecessor in every way, but I still have some reservations on whether or not its gameplay will be as functional and terrifying as it sounds like it should be on paper.

The demo shown at E3 2014 was a slice of the game setup in Challenge Mode, where players can choose to do (or not do) certain things for additional points and bragging rights. My goal, barring the additional challenges of not using my motion tracker (yeah right) and finding several items, was to reach the level’s end. 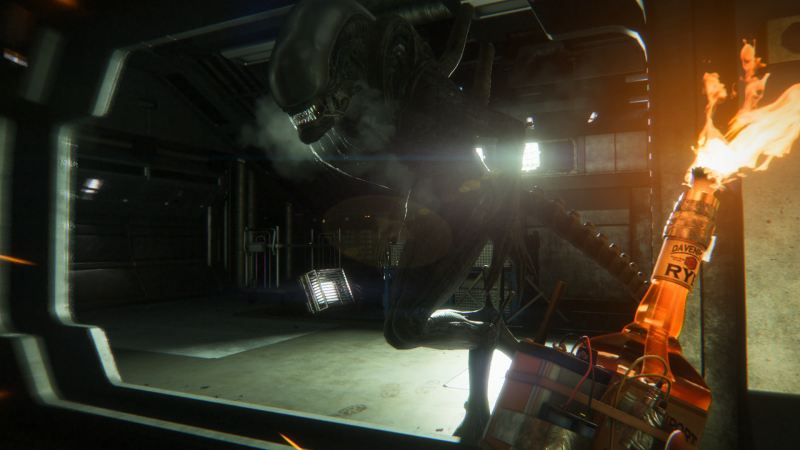 There’s an immediate sense of confusion when starting the demo as there’s no built-in tutorial briefing players on the game’s controls or items. The room I started in included flares, crafting parts, and a flamethrower. I’m sure there was a pamphlet somewhere on the demo table, but self-discovery of the game’s mechanics and features still felt necessary as there lies a surprising amount of involvement in simple tasks.

Stealth in Alien: Isolation requires players to lay low by taking cover behind objects and using a lean function to peer over and around edges to see oncoming threats. Tables can be hidden under and closets can be used to hide in. When in a closet, the player has the ability to lean far back against the wall and hold their breath and change their field of view by shifting their position. I didn’t expect this much involvement in such a simple and familiar gameplay mechanic, but it’s welcome as it adds an extra layer of depth and tension to what could have easily been a “set it and forget it” hiding action.

Despite the existence of a flamethrower in the demo, its use is limited and it should be considered more of a defensive tool rather than a powerful weapon. Those that expect the game to empower the player in ways other than opening a temporary escape window will be disappointed. As for the other objects I picked up, I did not dare risk using a flare, but I assume it would be used as a distraction tool to lure the Xenomorph in a direction away from the player. The crafting items I found could not be used in the demo. 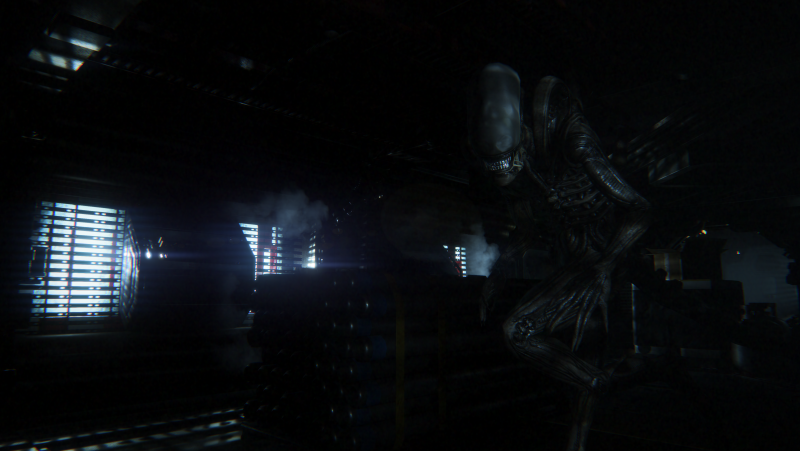 Avoiding the Xenomorph at all costs is the name of the game; when players are seen by the massive predatory creature, there is very little room for mistakes. Defensive maneuvers are temporary, and even a powerful flamethrower blast does little more than slow down the Xenomorph’s pursuit. Death comes swiftly to those that don’t strategize their movements through Isolation‘s dark halls. And while I’m all for a game that requires smart thinking and gameplay, I’m a bit worried about Isolation‘s attempts at scaring players through its heavy emphasis on trial and error gameplay.

Players are tasked with moving slowly and carefully or else the Xenomorph will kill them in a variety of gruesome ways; but with how the game works, or at least in the demo, there’s prone to be a lot of deaths in the process. Death, as the error in trial and error gameplay, can sometimes work well. Limbo is a fine example of how death is used as a way to teach a player what to do and not to do depending on the situation.  Having frequent checkpoints allows this system to work in Limbo, but it’s difficult to tell whether or not Isolation will soften the blow of death by ensuring that players learn something and not instead become frustrated at their mistakes and the pains of having to replay several minutes of gameplay at a time.

Isolation seems dead-set on punishing players with death animations and having them dread the Game Over screen. I can’t help but feel like this is an attempt on the part of The Creative Assembly to artificially buff the game’s scare factor and difficulty. I’m not about to say that Isolation is a bad game or going to be a bad game; hell, it’s leagues above Colonial Marines in every conceivable way and its art and sound direction is fucking stellar, but what I am saying is that is has the potential to be tedious, unfair, and flawed in its attempts to keep players on edge and afraid of its threats. 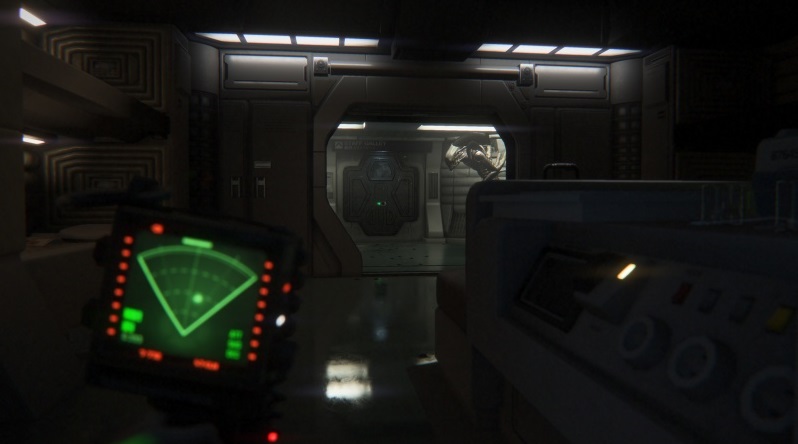 Now, you might think that I’m being overly pessimistic, but when my failure is tied to the Xenomorph’s ability to find and kill me, a cool death animation should not hold precedence over simple logistics. One death that I faced had me in a vent moving from one room to the next. When I neared the exit, the Xenomorph had spotted me. What happened next – and almost instantaneously – was that it appeared behind me. For the alien to make its way to me, the time between me being spotted and my death should have been far longer. This leads me to believe that because I triggered an alert and was in one of the places that I could die an elaborate death, the game opted for just that, as opposed to realistically having the alien take time to reach my position. That is not OK.

Perhaps I am wrong and that death was a hiccup of sorts – one that didn’t rely on stealth skills but circumstance. Considering, however how the general complaint towards Isolation revolves around its difficulty, I’m led to believe that a problem exists, a problem that might just be related to an unbalanced difficulty and unforgiving design. 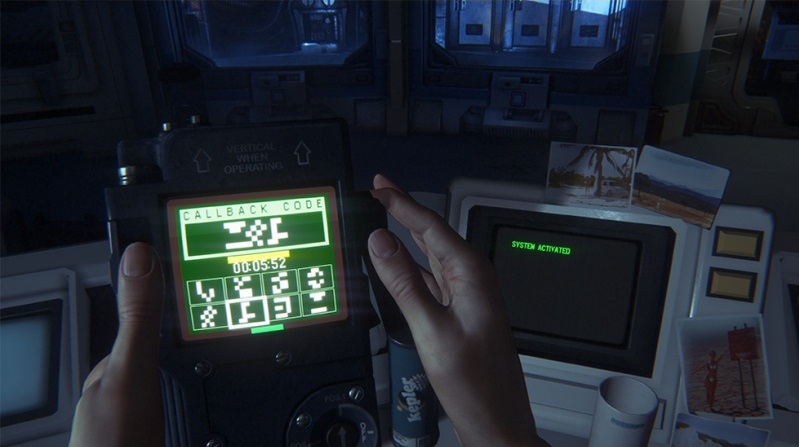 My time with Isolation wasn’t all negative, but I thought I’d express my deep concern for the gameplay before I addressed any and all of its positives. Visually, it is beautiful. The ship’s interior looks to be crafted by the very same set designers that worked on the iconic film, and the sound design compliments not only the aesthetic, but also the gameplay. Players are kept alert by environmental sounds that range from the ship merely showing its age, intercom alerts, and of course the hissing and creeping of the Xenomorph. Overall, the ship feels grounded in a 1970s lo-fi aesthetic, and that’s wonderful.

The demo also proved that a lone Xenomorph can be a terrifying force of nature. Watching the imposing, serpentine-like beast gracefully weave its way through dimly lit hallways was both deeply unsettling and exciting.

I have high hopes for Alien: Isolation, because AAA survival horror is a dying breed. I have concerns on whether or not the game will avoid being unpleasant for the wrong reasons, but I have a strong desire for it to succeed. Here’s hoping that it is everything us horror fans want and that I’m wrong, wrong, wrong.