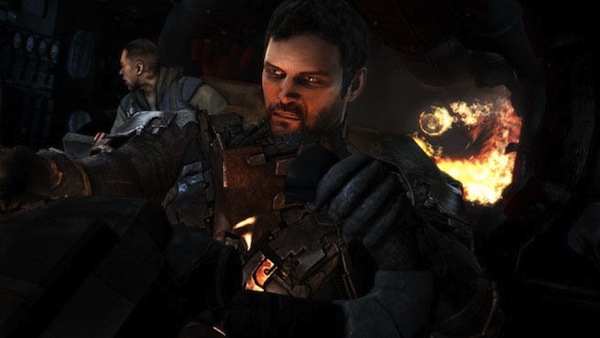 Isaac Clark’s back! This time he’s pit in the frozen planet of Tau Volantis when his ship crashes there as he and Ellie are journeying through space to get to the root of the Necromorph outbreak. Separated from Ellie (her part of the ship gets detached), Isaac is desperately trying to find her once he awakens in the ice planet. But he musn’t lose sight of the mission he and John Carver are on in the first place: put an end to the Necromorphs. But we all know how lucky Isaac is when it comes to girls, so all should be fine! Not really…

Unfortunately, there was no playable demo for Dead Space 3 at EA’s booth at E3 this year. There was a thrilling, blood-pumping, presentation for the game, though. Yes, now there’s a bigger focus on action, with co-op play, but that doesn’t mean the game’s lost its strong atmosphere and identity. This is still Dead Space, the difference is that now it’s on a grander scale. Let me tell you why. 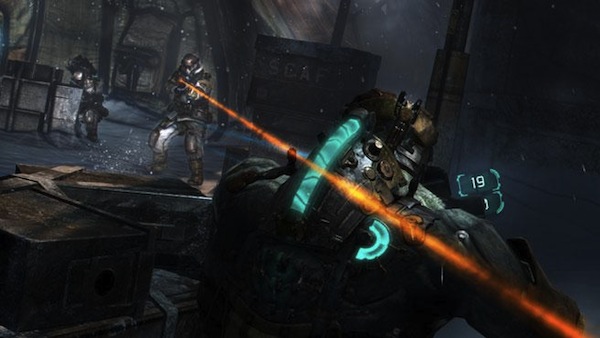 The demo we were shown started right after Isaac’s ship crashes on the ice planet. After making his way out of the ship, we’re introduced to the game’s new frozen setting, and it makes for one superb atmosphere that’s not unlike that of The Thing. And it’s not long before we get the first pop-up scare when an enemy comes out of nowhere. And after being shot enough times, the humanoid creature’s upper body explodes, exposing tentacles. Classic Necromorph sexiness.

After making his way through caves and other exterior areas where you get a beautiful view of the planet, Isaac eventually makes his way to what looks like a facility. It’s also worth noting that on his way there Necros would actually just emerge out of the snow, making for some jump-out-your-seat moments the first time you see it happen (I actually jumped and looked around to see if anyone saw…). Then Isaac runs into John Carver, who a second player takes control of in co-op play. It’s here where things get interesting, showing off how the game will differ when playing solo or with a friend. 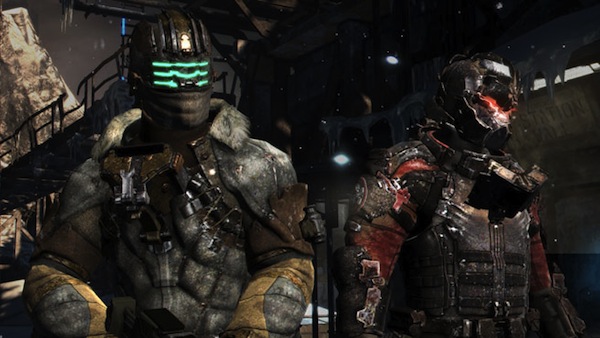 After we get shown Isaac’s cool-looking new snow suit, the luckiest man in the universe is met with a huge Necromorph. We see the mini boss battle taken on in single player first, before the presenter deems it necessary to bring on a partner to help make the battle a little easier. Enter: Johnny boy. And this not only changed the battle, now that there’s someone to help you, but it also adds more to the story- with a new cut-scene being shown where John tells Isaac to not lose sight of the mission due to his obsession with saving Ellie.

When playing co-op, players will actually get new cutscenes and lines of dialogue that won’t be seen in the traditional solo experience. Essentially, this means we’ll have two campaigns to play through. I’ll admit, when word first broke that Dead Space 3 would be focused on co-op, I was really worried that Visceral would ignore what made the series a successful new horror IP in the first place: a tense, atmospheric single player experience. Luckily, that won’t be the case. And fans will still have their pure single player campaign, as well as a co-op one to tackle. Back let’s get back to the action. 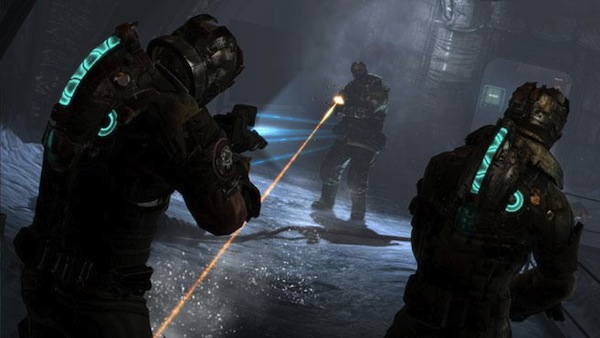 The mini boss battle looked quite intense, and very similar to battles with the Brute Necros. Of course, you have to go for the glowing weak points, so that hasn’t changed. Stasis is always your friend! And the rolling mechanic is quite cool and necessary for a battle like this where the creature relentlessly charges against you and your partner. But after the beast takes enough damage and flees (pussy…cat!), Isaac and John make it deeper into the seemingly abandoned facility.

Now here’s where the dreaded inclusion of human enemy soldiers comes into play. Surprisingly, I didn’t think it looked bad at all. The cover mechanic looks responsive and Isaac isn’t automatically stuck to cover, able to move around. And I find it quite amusing to see enemies’ health meters on their rigs deplete to the red zone after  being shot up. Another neat thing you can do is use kinesis to throw back grenades at foes. Fun stuff, and I’m actually looking forward to taking on these crazed unitologists. It’s also cool when little Necros jump up and implant themselves in soldiers, making them zombie-like foes that can still somewhat shoot at you. 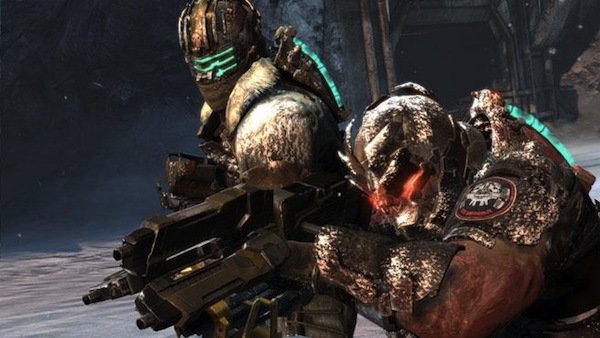 Then we see a couple set-piece moments. The first is a “boss battle” of sorts against a…wait for it…giant drill. Yup. Said drill is blocking a path Isaac and John need to get through and the only way to get rid of it is by activating it and using stasis to shoot at its  interior energy source while it’s frozen. Oh, and Necros join in on the fun, too, and that makes for a beautiful gore-fest as they fall victim to the giant drill as it’s spinning around the room. But if Isaac can survive a ship and moon full of Necros, surely he can conquer a mechanical “enemy”. And he does, with the help of John, of course.

The demo ends with a giant Necro attacking Isaac, John and any other soldiers that gets in its way. The giant beast reminded me of the Hive Mind from the original game, and it even had similar placements of weak-spots, too. But after delivering the pain to said weak spots, the monster sucks in Isaac and John. That’s where I thought the demo would cut-to-black, displaying the game’s title on the screen with “coming 2013” sticking the finger at us, but no. We got to see the pair of heroes making their way down into the belly of the beast, literally. And guess what? The beast has those glowing orbs inside of him, too! But then the demo ended, sad face.

Epic and atmospheric are two words I’ll use to describe what I saw of Dead Space 3. Yeah, there are human soldiers now, but that doesn’t take away from the game’s identity which still looks to be safe and sound here, especially when playing solo. I’m happy with what I’ve seen of the game, and I’m also happy that co-op isn’t being forced on us. Visceral made the right choice here, and hopefully it pays off and results in another stellar entry in the horror franchise. Ellie <3