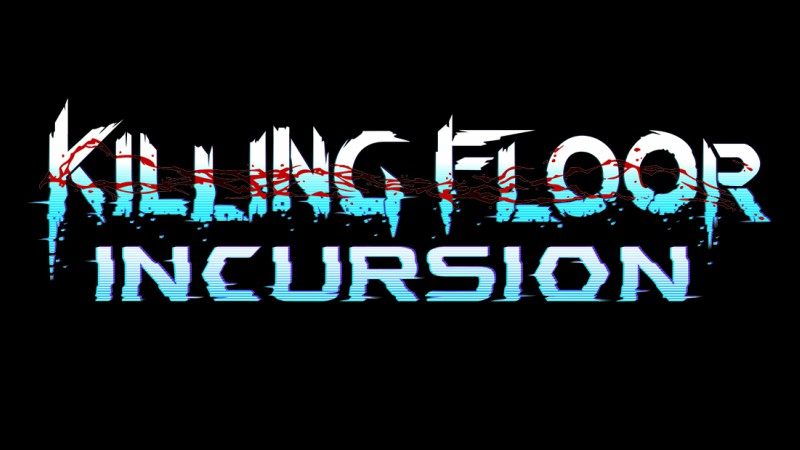 Some companies seem to enjoy taking their time and giving developers a break between games. It can be years before you see a sequel to a game, and that wait is excruciating for any fan. Tripwire gets that, and they aren’t planning to make fans wait years for the next entry in the Killing Floor series. 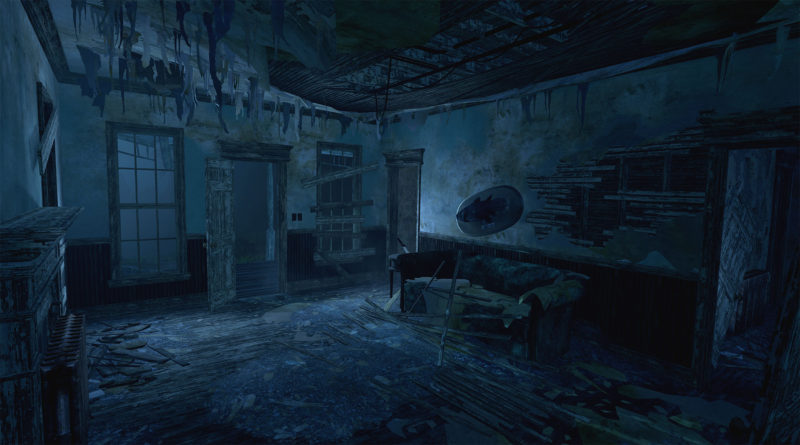 My previous experience with VR technology has been a bit on the woozy side, and I have not been a huge fan. I’ve felt that the units should probably be sold with a bucket, so I was hesitant to strap on the Oculus unit and potentially lose my lunch in a professional setting. Watching three pairs of demo players, though, I got the feeling that Killing Floor: Incursion was too good to pass up. After playing, I am incredibly glad I gave it a shot.

Tripwire has carefully developed the world of Killing Floor: Incursion to run smoothly and track movements efficiently. That means less choppy or swaying graphics inside the headset, which translate into a less nauseating experience. To further eliminate the chance of running an impromptu sick bay, the team broke events into small areas. You can fight off the encroaching horde from a fairly still position, and move from area to area via teleportation. Pick a spot on the map, press the button, and you’re off. Without the swaying camera you encounter in walking, most of the chances to get sick are gone. 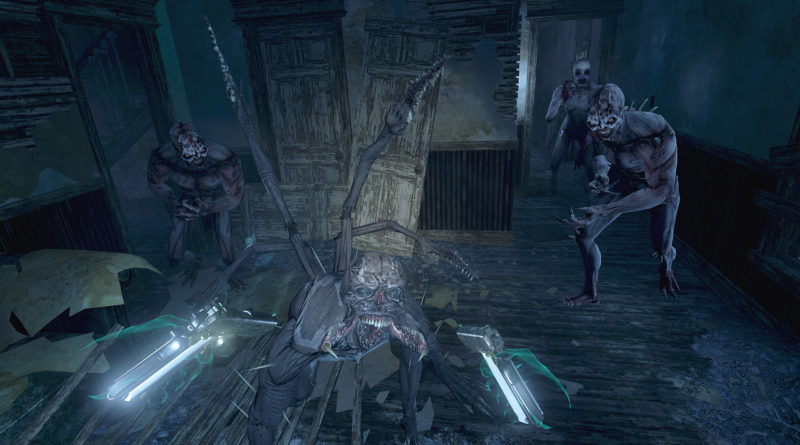 The Zed you encounter are nothing new to fans of Killing Floor, but they are incredibly fun to encounter from all angles in a virtual world. There is a red flash of light around the edge of your vision to alert you that’s you’re being damaged, but it is easy to be so focused on the creature attacking your friend’s face that you don’t notice the back of your head being torn apart. Plentiful ammo and health packs scattered around each area make take the edge off the learning curve there, and enemies bursting out of the bushes and through the doors give off an arcade shooter feel. It’s not the hardest game you’ll ever play on its basic settings, but it still manages to be a lot of fun. With the choice to get your bearings on an easy setting and then ramp up the difficulty, I can see a lot of fans enjoying the leap to VR.

I suppose it is now time to admit that I have never been a big Killing Floor fan. I don’t have anything against it, but fighting waves of enemies on a flat screen has never been my favorite thing. My husband, on the other hand, loves it. When I mentioned that I needed to go by their booth, he was happy to tag along. This is handy, since you need a friend to play. We’re newly married, so we decided to test the strength of our union by seeing what we’d actually do in the zombie apocalypse. The answer seems to include a lot of knives and a lot of laughter. 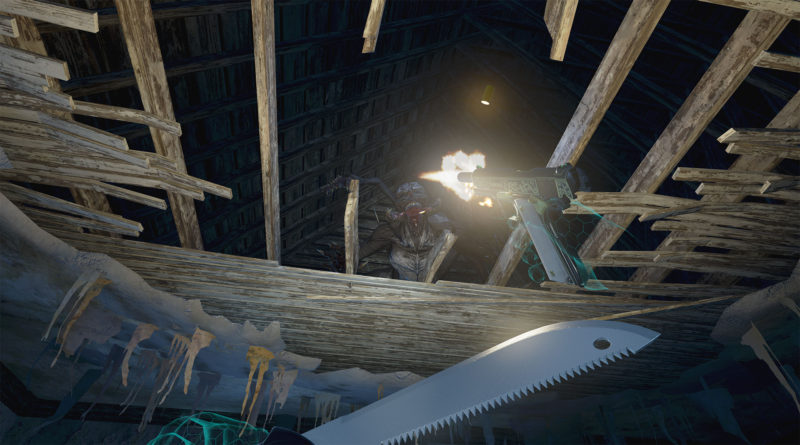 I’ve never had that much fun in a multiplayer game. He ordered Oculus Rift units for us, because there is finally a game we can play together that we both genuinely enjoy. You have the option of firearms or knives, and the touch controls make wielding either completely straightforward. You use a knife exactly like you would in real life, and you aim a firearm by pointing in the direction you want to shoot. It’s intuitive, and allows you to focus on the fun of the game. Ample ammo and the occasional health pack mean you’re well stocked for the end of the world. Enemies are plentiful, so all that is left to do is play.

I can’t tell you that there is anything I didn’t enjoy about playing the Killing Floor: Incursion demo. Because the very core of the game lends itself to getting physical, moving into VR fixed the disconnect I’ve always felt while playing. The game is classic Killing Floor, but with more interactive and intuitive controls. Immersion is simple when you’re actually using the correct motion to swing a knife or fire a gun- or inadvertently drop your gun and throw a punch. I found myself taking off the unit in the same stance I use at the shooting range, and realizing that was a huge part of the fun. Killing Floor has never been a bad game, it just was not the game for the technology we were using. VR is where this series is going to excel. 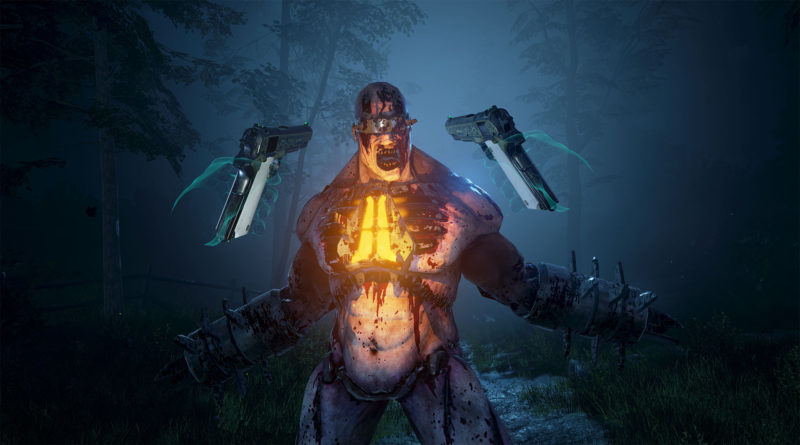 My husband and I will be day one players when Incursion comes out. The smooth controls and the sheer fun of mowing down a ton of humanoid enemies are budget kryptonite. Nothing about the Oculus is affordable, but the siren song of future releases of Killing Floor and the promise that this game has shown are worth the cost. If other developers can get their games to run this smoothly on the Oculus, and more games with simple physical actions are moved onto VR technology, it will be a great investment. I’m honestly excited for a Killing Floor game, and those are words I was absolutely certain I would never be typing on this site.

Killing Floor: Incursion doesn’t have a set release date yet, but you can bank on a post here as soon as that announcement is made. In the meantime, fans of Killing Floor 2 can download the free DLC pack Tropical Bash. Players will find new emotes, a new zed, a new weapon, and a tropical map complete with an active volcano. That should be enough to tide everyone over until we get more DLC or Incursion news. 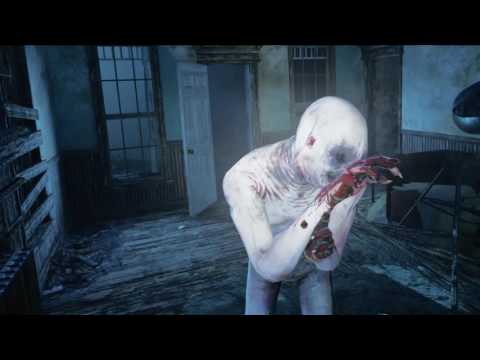