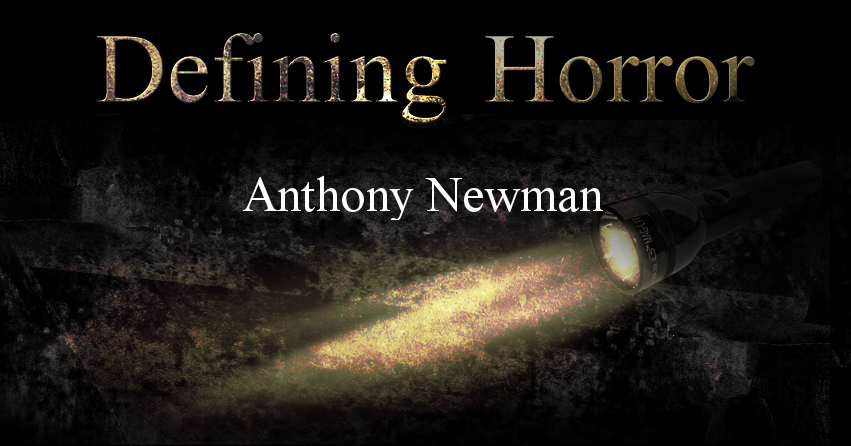 Below you will find Anthony Newman’s definition of horror.

You need to let the player know that your world has consequences. High stakes. You need to create a callous and indifferent world that is not only out to consume and destroy the player, but a world that threatens them with a fate worse than death. Enemies aren’t there to fall before the player to make them feel powerful. They’re there to hound the player and truly threaten them: they have to be cunning and capable.

Then there’s tension. These techniques are ancient: partial visibility, the calm before the storm, and hints of future danger. By far the most frightening part of The Last of Us for me is the basement of the hotel (spoiler alert.) Obviously the darkness and the limited visibility of the flashlight set the tone and a high level of tension immediately. Then there’s this excellent ramp up of pacing: before you see any enemies at all, you see the rats running away from something. A classic technique, to be sure, but still incredibly effective! Then, based on where we knew the player would be, we had a few carefully scripted moments to spawn a stalker just behind them which runs away immediately to ratchet things up even more. The stalkers themselves have a behavior which would have them run and hide if the player could see them, and they always try to attack from the flank, which is incredibly unsettling.

All of this leads up to the point where you turn on the generator. Having built up the infected already, you know that they are attracted by noise, and so you have this feeling of intense dread. You’ve played video games, so you know there’s probably going to be a crescendo to this fight… But the bloater still comes as a huge surprise I think! He’s so big he barely fits in those hallways, definitely delivering on the tension that we’ve built up. The bloater’s attack is so brutal and cruel it certainly qualifies as a fate worse than death. My favorite part is he can be hit with a Molotov and still keep on coming, and this charred, flaming mass wouldrip your face apart in the dark…

Empathy is critical to draw in the player. You don’t want them reacting to what’s happening onscreen from a distance, you want them consumed with the feeling of what’s happening to the characters. You need time with the characters to show their humanity, through their actions in the story they get revealed as complex and believable human beings that you care about. They have to have a believable level of power: they have to be capable enough to have a chance, but not so capable that you can no longer identify with them.

In terms of my specialization, melee combat, we orchestrated the combat so that there were a lot of opportunities to see the faces of the characters involved in order to heighten player’s empathy, both for their character and the enemies. This was huge, and did more than any amount of blood and gore to really punch up the feel of the combat and heighten the high stakes consequences of our world.

We designed into the mechanics longer moments like grapples or the stealth kills to give us the opportunity to bring the camera in close to see the facial animations. The faces really go a long way to make you empathize with the characters and really feel what is happening to them. When something horrible is happening to Joel or Ellie, you really feel just how horrible it is because you can read it in their faces. If you drive these moments home, if you make them as visceral as possible to the player so they really feel it in their guts, it magnifies the tension of every dark shadow or blind corner.

One technique that was particularly effective was camera cuts: we used cut cameras only on deaths. This gave us a lot of control in framing the shots, but it also created a strong sense of shock: deaths are the only time the camera cuts in gameplay, and it synergizes well with the shock of being killed.

We didn’t really set out to make a horror game; we set out to make a tense game. We did strive to create a strong sense of dread, but not that same sense of the uncanny, of the something’s-not-right sense that you get in Silent Hill or Amnesia. Our biggest touchstone while making the game was No Country for Old Men, which is probably the tensest movie you’ll ever see. No supernatural elements, nothing fancy: just very believable characters, and very, very high stakes.

Because of the connection between the player and the character they control, because of the interactivity of the medium, I think gaming is able to deliver a new dimensionality, entirely new ways to create dread and fear. Every developer is going to have different strategies, but consequence, tension, and empathy were ours.