Will Dead Space 2 be this generation's Resident Evil 4? - Rely on Horror

Will Dead Space 2 be this generation’s Resident Evil 4? 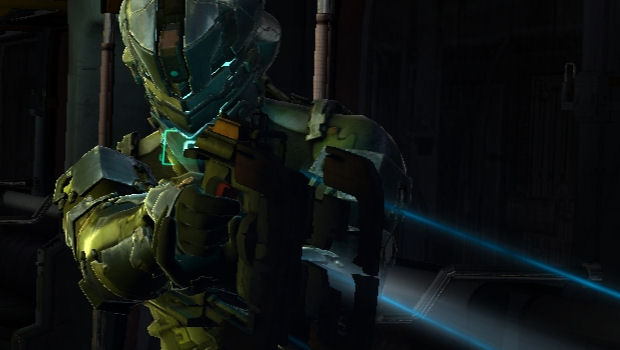 We’ve been seeing a lot from Dead Space 2 lately, what with the game inching closer to its January 25th release date. We know that Isaac’s necromorph-infested adventure on Saturn’s moon-based Sprawl will be one that’s action-packed, even more so than the original. We also know that multiplayer has been added into the mix while not degrading the single player experience. And lastly, we also know that the scares and shocks are being brought back from the first game. And it’s for these very reasons that Dead Space 2 may end up being hailed as this generation’s Resident Evil 4.

For a little history lesson: Resident Evil wasn’t always the action game it is today. It used to be strictly horror with cramped corridors, limited ammunition, and loads of puzzles. Then Resident Evil 4 came along and changed everything.

Gone were the above mentioned attributes of the once purely horror franchise, replaced with intense moments of dread that were brought about by action. Yeah, some parts were still scary, even though the game took an action-oriented approach in its design. But how does this relate to Dead Space?

The original Dead Space came and gave survival horror fans an instant classic, which assured them that survival horror hadn’t gone the way of Raccoon City. Isaac Clarke’s first adventure was full of genuinely creepy moments that were complemented by the game’s design, which called for cramped corridors and dread-filled scenarios akin to Resident Evil of old. Now Isaac is back in the upcoming Dead Space 2, starring in an action-packed survival horror experience that will offer even more thrills thanks to the revamped focus of the game. And that’s something that fans are worried about: “action-packed survival horror”.

Fans of the first Dead Space have every right to be concerned about Visceral’s altered approach to the sequel. With set-pieces being presented upon the player, fans are worried that they’ll completely replace what they loved most from the first game: the raw sense of horror. But fear not, judging by everything we’ve seen and read about the game, Dead Space 2 seems to still retain that sense of horror that made the first game a success among critics. Now, we’re just getting some action-packed scenarios that will serve to enlighten the gameplay and keep the game from feeling too much like the first one.

Interestingly enough, we now have a scenario similar to what Resident Evil fans faced when Resident Evil 4 came and changed the way they thought about the series. The key difference being, an obvious one: the life of the franchise. Resident Evil has been around longer than Dead Space has, so seeing the first main sequel to EA’s survival horror franchise take a more action-oriented approach may not be as alienating as in Resident Evil’s case, where fans were treated to years of the same classic formula previously. Regardless, Dead Space 2 is looking pretty creepy even if there’s a lot of action going on. Now on to the big question.

Will Dead Space 2 become the crowning gem among the survival horror genre this generation? All signs are pointing at a strong possibility of that being the case. But let’s not judge too quickly, let’s just wait out these last few days before the game comes out and experience it for ourselves, and then formulate our overall opinion, thus, answering this question.

I’ll leave you with this superb, and creepy trailer.