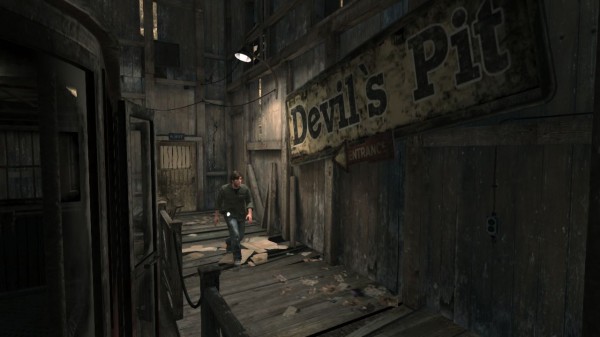 You’ve read our review.  You’ve probably also read a lot of other reviews of Silent Hill Downpour.  Maybe you’re still on the fence about whether or not you should pick up the latest game in the iconic series?  After all, March has been jam packed full of some quality games and you might have heard a few bad things about Downpour.

Don’t let those things persuade you – there are an equal amount of great reasons to pick up Silent Hill Downpour.  We can’t help but recommend it, but if you’re still on the fence, take a look at just some of the reasons you should be picking up and playing Silent Hill Downpour…right now.

This might be something lame to start off with, but one of the things that makes a survival horror a true survival horror is the puzzle element.  It’s something that’s been rather lacking in survival horror games recently and Downpour’s inclusion of puzzles is a nice return to form.  The game is chock full of them and in true Silent Hill form you can choose the difficulty of the puzzles ranging from easy-as-pie to forcible hair removal hard. 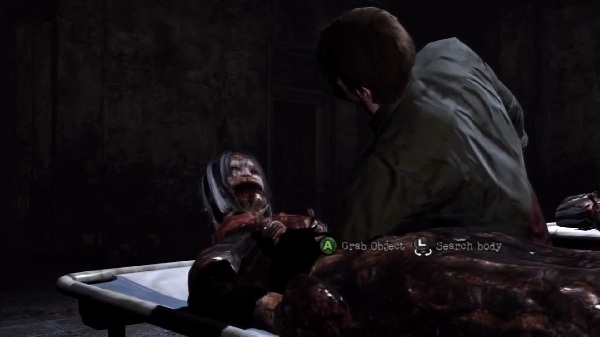 One of the places that the Silent Hill franchise has always excelled at is creating a genuinely unnerving environment for players.  Downpour continues with the tradition of creeping players out well before they’ve encountered their first enemies.  Environments are drab and incredibly dark, with your flashlight barely making a wave in a sea of darkness.  But it’s more than just the aesthetics that give us that uneasy feeling. 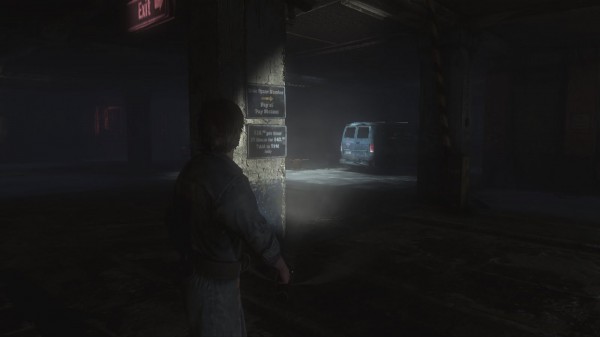 An area that stands out extremely well is the library in the Centennial Building.  There are very few enemies in this area, but you’re lead to think there are actually a lot more. Through the rather constant sound of whispers in the dark (!) you’re always fearful of an enemy right around the corner.  What they’re saying you can’t quite make out, but frequency of the chatter, combined with the fact that you’re trying to focus figuring out where to go really gets under your skin.  The game is full of experiences like this and it leaves you on edge the whole time.

Fight or flight?  The choice is yours

One of the game’s highly touted features of Downpour is the fight-or-flight mechanic.  You don’t have to fight every enemy that you encounter and it’s often better if you don’t.  One enemy, one on one is manageable, but start throwing in more enemies and you’re in trouble.  Melee weapons are plentiful, but ‘quality’ melee weapons are hard to come by, with pistols and other firearms being almost non-existent.  Fighting an enemy and your mighty fire-axe crumbles to pieces?  The ‘oh-shit!’ level goes through the roof.

Glitches that work in the game’s favour

We don’t often say this, but sometimes when a game doesn’t play right, it creates the right amount of tension to keep you on the edge of your seat. Games like Eternal Darkness perfected giving the player this terrible feeling of dread with simulated error screens or corrupted save messages.  If we have to make something good out of something bad, it’s that Downpour’s numerous glitches and graphics hangups add to the tension.

For instance…we were exploring a pretty generic house, trying to figure out a puzzle or just scavenging for supplies.  There were the typical blood spatters and pools, however during the exploration, an error occurred.  We were met with the sound of Murphy being struck with something and the death animation.  What the hell happened?  We reloaded the save and rushed back into the house, eager to find out what kind of monster insta-killed us – and were a little freaked out in the process.

In addition, enemies that lock up add to their overall fright affect.  Two of the most common enemies you’ll face in the town are prone to glitching up when far away.  It almost appears as if they’re doing it on purpose for effect – it works pretty well.  Like the Taken in Alan Wake – not quite in focus.

A lot of fans were disappointed about the departure of Akira Yamaoka from the series.  It seemed like no one could take his place producing the unsettling soundtracks we’ve all grown to love.  We understand that sound design is as important to a game as any other element, but to dismiss Downpour because it doesn’t feature Akira’s stylings would leave you not only looking silly, but missing out on some outstanding work.  It works seamlessly with the rest of Downpour, contributing to the overall haunting feeling.

Every now and then you’ll find snippets of old Silent Hill songs on radios paying homage to the series’ roots.  When we heard it for the first time, it sent a chill right down our spines.  One of the most disquieting things about the soundtrack of Downpour is how it incorporates other licensed music.  It’s not something you’d expect to hear but once you do, you can see how hit fits perfectly.  Songs like Born Free by Andy Williams, Silver Stallion by the Highwaymen and If I had a Boat by James Vincent McMorrow all add an authentic feel to the game.  They all also have a vague country feel to them, which if you’ve ever listened to country music for a given period of time, you’d know is the music of human suffering.

Unfortunately, these songs aren’t on the official soundtrack.  You can find a list of the songs here and can give them a listen on YouTube.
The following examples are a bit more specific.  Read on at your own risk! 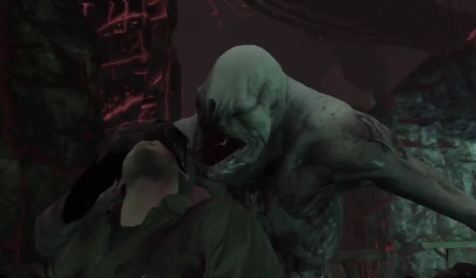 Close to the beginning of the game, a level entitled The Devil’s Pit features an interesting set piece.  A roller coaster ride (for kids) takes Murphy through the Caverns and features some nice scares.  For a kid’s ride, that’s not too bad.

During the Dead Man’s Hand quest, the stage was set with us finding the body lumped into a corner with its heart ripped out.  Heading down the staircase into the basement had us feeling a little uneasy since it was dark and we were out of lighter fluid – the flashlight will only go so far in extremely dark areas.  After we were forced to go down further underground, everything became dead quiet.  In the underground tunnels we got turned around and were lost.  When we finally found the missing heart and picked it up, the sound of a thousand screams came from all directions, echoing through the sewers.  We made it pretty far without running into any enemies, but when we did, we ran into two Screamers.  Slipping past them with only minimal damage, we looked behind us to see if we were being followed.

Seeing that we weren’t, we returned the view to normal just in time to get smacked in the face by another.  The sewers were crawling with Screamers.  Their screams echoed against the walls throughout the sewers.  There were too many of them to face on our own and it was too closed in of a space to fight them properly one by one. Terrified, we made it back to the ladder to the dimly lit house in one piece, but the memory stuck with us for a long time. 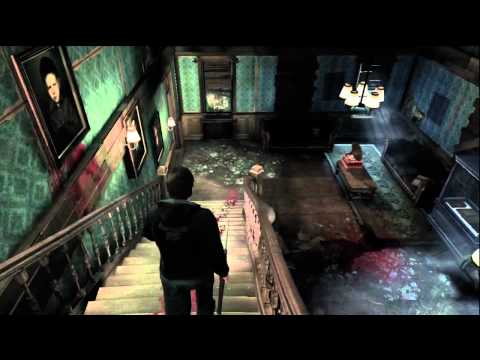 A brief side quest has Murphy discovering what happened to the tenants of a house he stumbled upon.  The game being a Silent Hill game and not a Barbie’s Magic Adventure game, you can guess it wasn’t too pretty.  Piecing together the gramophone in the living room  tells us the story of what happened.  Roaming through the house, we become increasingly aware that ‘something’ is going to happen.  But what?  We piece together the tragedy that took place in the house by playing the gramophone, but we play it backwards.  We won’t spoil what the story was, but it was pretty…gruesome.

Anything you particularly enjoyed about the game?  Let us know in the comments section!  Please be considerate to others and mark your comments if there are spoilers included!  If you’re still on the fence about Downpour, be sure to take a look at our review!