The Greatest Dads in Horror Gaming 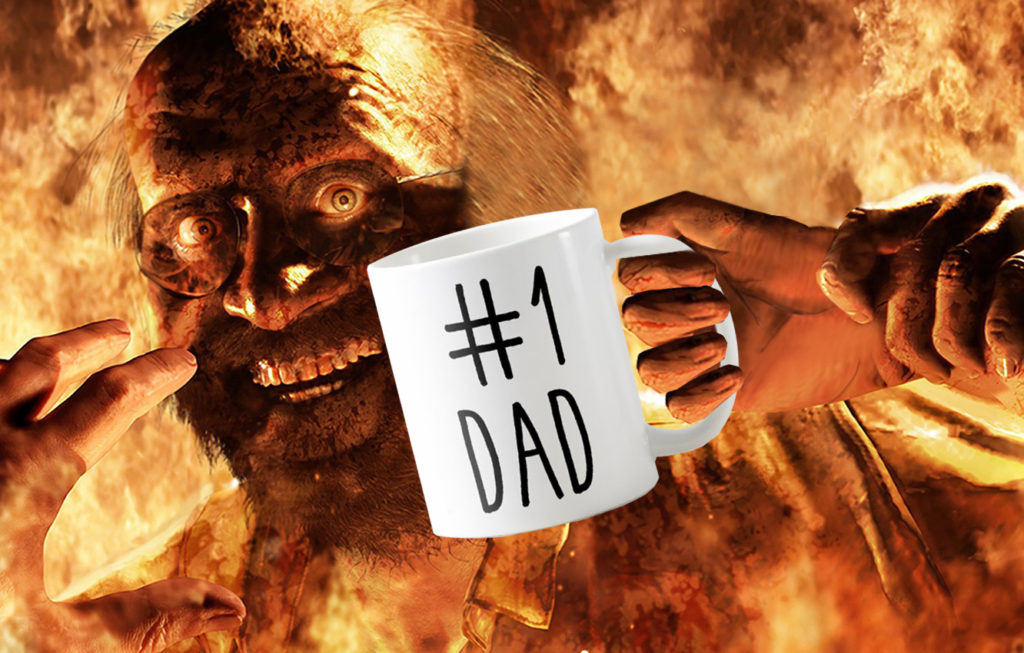 The parent-child relationship is arguably one of the main pillars on which most horror is based. Swing a cat in the direction of books, films, or television and you will hit hundreds of tales about parents overcoming terrifying situations to save their children. Sometimes roles are reversed, and the child becomes the hero of the tale, while in other stories the kids themselves are the great big evil. Whichever way you look at it, the tradition of parent-child horror tales is as old as time, and gaming is no exception.

As someone who has recently found out they are going to be a parent, I have found myself turning to these stories and the characters in them a lot more. On some level, impending fatherhood has given the exploits of Jim Hopper, Rick Grimes, and the like a different level of context and it got me thinking about some of the standout fathers of horror gaming.

Before I start this list, special mention must be made to Octodad. Perhaps the best dad in all of gaming. 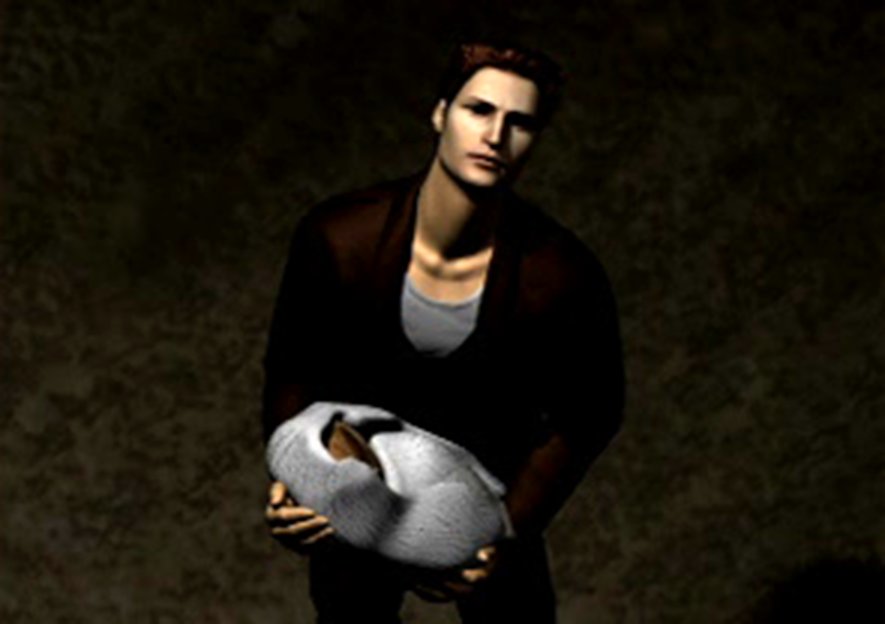 I can’t think of anyone better to start this list off with than Harry Mason. The mild-mannered writer is perhaps one of the most famous Dads in the genre, and arguably one of the plainest. The story of Harry braving the horrors of the foggy town of Silent Hill to rescue his daughter Cheryl is one many gamers hold dear, and one which formed the template on which many other games in the series would be based.

While he isn’t the most charismatic of characters, Harry’s hunt for Cheryl drives the story of Silent Hill forward in a relatable way and explores the concepts of parenthood, birth, and rebirth throughout. What makes Harry such a great survival horror character is not just his role as a loving father, but the fact that he is just a regular guy. He’s a run of the mill, average dad trying to do his best, and this is reflected in the gameplay of Silent Hill with its dodgy aiming and questionable tank controls.

Although things don’t end all that well for Harry (spoilers for Silent Hill 3), his simple quest to save his daughter from the worst town on earth is still one of the best in survival horror and for that reason, he makes my list. 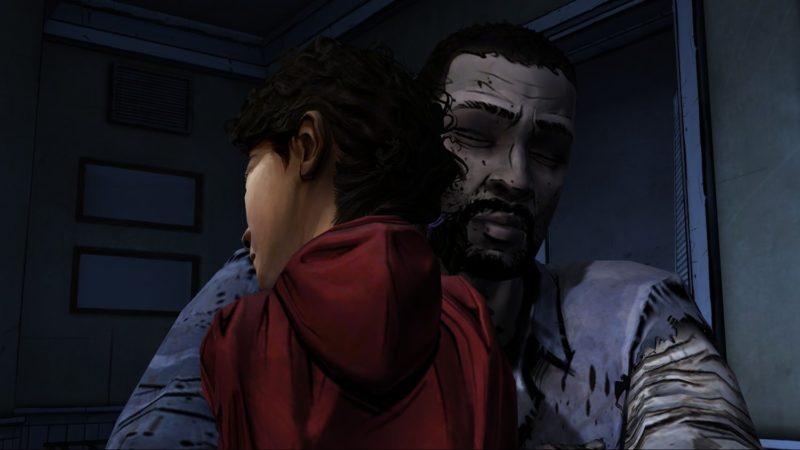 If there was ever proof that being a father is not just determined by biology, it’s Lee Everett. Lee and his young charge Clementine are thrust together in a world gone mad, and it’s an amazing relationship to watch unfold. One that does something that many gaming stories struggle to do, make a child likable.

The writing on display in the game’s first season is excellent, and being able to tie the developing relationship of Lee and Clementine into the very core of the gameplay makes it something truly special. Telltale manages to elevate the standard point-and-click mechanics of the game by making the welfare of Clementine a constant consideration. Simple moments, like handing out rations or deciding which survivors to help, become even tougher decisions in The Walking Dead, but caring for Clem never feels like a chore or an extended escort mission.

On a fundamental level, what makes Lee and Clementine such great characters is that they are broken people. Lee is dealing with the guilt of past crimes and Clem the loss of her parents. Watching the pair grow into a post-apocalyptic surrogate family elevates the game above its humble walking corpse scenario.

In a game full of tough decisions and stomach-churning events, the overriding theme of keeping Clementine safe is what drives things forward right up to the heartbreaking conclusion. The idea of “keep Clem safe” influenced every decision I made in the game and served as a brilliant way to get me to care about the character during the later seasons. While our time with Lee in the series is short, it leaves a lasting mark on Clementine that can be seen throughout her story. 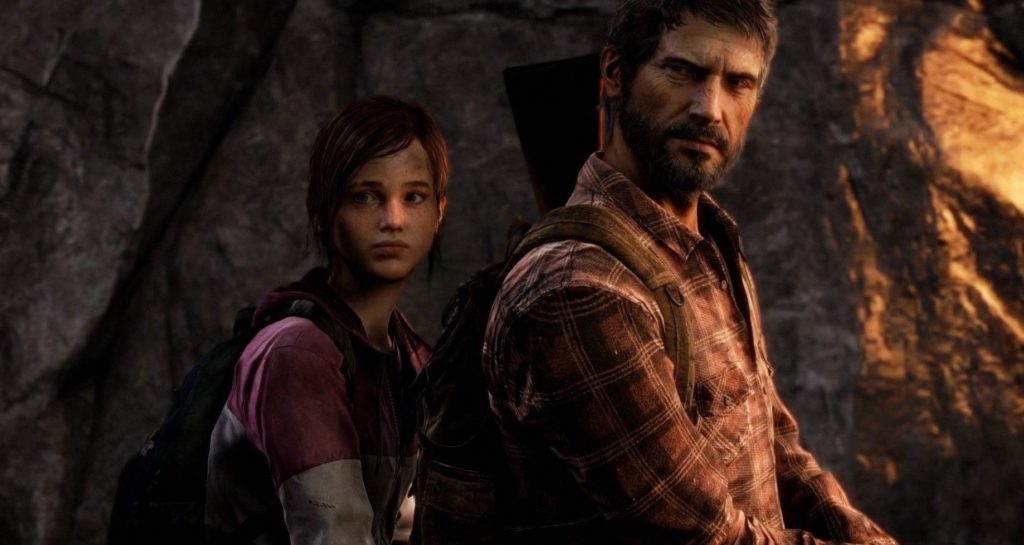 Another surrogate father on the list, though perhaps calling Joel a great dad is a bit of a stretch. However, what makes Joel such a great dad character is that he perfectly illustrates the lengths parents will go to do what they think is right for their children, even if it means dooming all of mankind in the process.

After some time had passed since my first playthrough of The Last of Us and the story had a chance to sink in, I came to understand that it’s a game about awful people doing awful things for what are probably awful reasons, and in many ways, I think that’s why I love it so much. Although time will tell if this mantra has gone too far in the sequel.

The game’s gut-wrenching opening succeeds on two fronts: First, to show the player why Joel is such a damaged character, and secondly, to justify his heinous actions during the current events of the story to keep Ellie safe. The Last of Us shows you firsthand the heartbreak of losing a child and gives you every reason to not want to see it happen again, regardless of how many glass shards you have to ram in people’s throats.

As things progress, however, it gets harder and harder to side with Joel and the choices he makes. As the last notes of the game ring out, The Last of Us is no longer a story about a surrogate family finding each other. It becomes an exploration into just how far a man will go to in order to avoid reliving the worst experience of his life. Shining a light on the selfish side of parenthood that is rarely seen in games.

The Last of Us is a brutal and brooding exploration of where the line is between doing something because it’s the right thing to do, or because it serves your own interests. I think for that reason, among many others, it makes Joel an essential addition to this list.

It’s always been interesting to discuss the ending of The Last of Us with friends who have children and those that don’t. I’ve found there is an even split between “I would doom humanity in a heartbeat for my kid” and “It’s pretty messed up what Joel did there.” I wonder if my opinion will change when my own kid turns up. 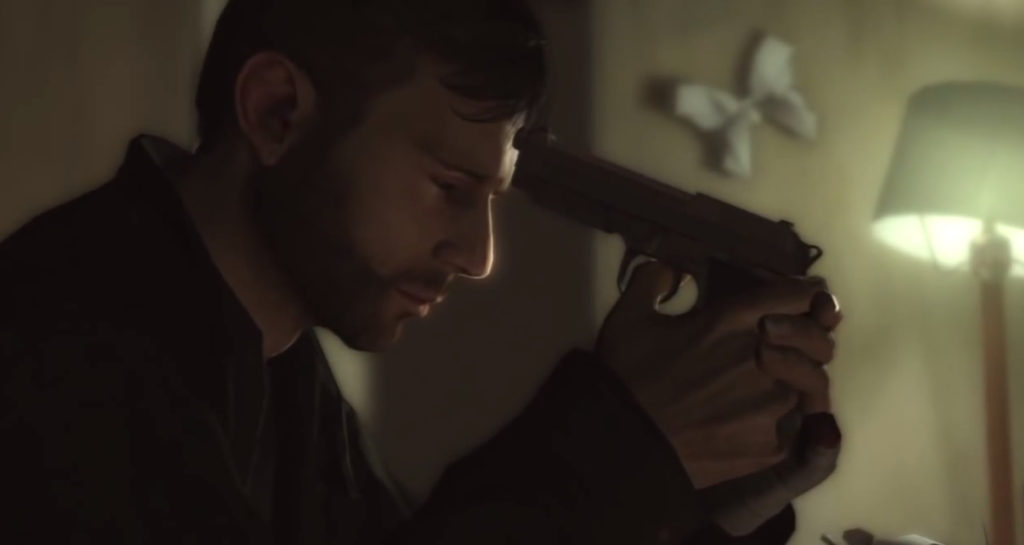 While not my favorite game of all time, it’s easy to get swept up in Heavy Rain and its story of beleaguered father Ethan Mars. Admittedly, I’ve always thought of the game and its character-hopping tale as a kind of bastard child of Saw and an episode of CSI, and although it does have its low moments, Ethan’s struggle to find his son Shaun kept me powering through until the end.

Unlike some of the games on this list, Heavy Rain takes the time to show us exactly what Ethan has lost. The time spent in the Mars family home at the start of the game may be cringe-inducing in parts but does a decent job of showing us how great things are for Ethan. Then, quicker than you can shout “Jason,” all has gone to hell, and players are subjected to some of the most miserable moments of “weekend dad” duties that I can ever recall in a game. In a lot of ways, I think these quieter moments at the start of Heavy Rain hit harder than some of the torture porn scenes found later in the story.

Drowning, suicide, self-mutilation – it’s all in store for Ethan. Strangely though, what upset me the most while playing was forgetting to give my estranged son his dinner or help him with his homework. You must applaud Heavy Rain for giving gamers the freedom to be awful dads if they feel like it. It’s not something you see often in video games, even though that’s probably for the best.

While I don’t think the story of Heavy Rain is BAFTA worthy  David Cage and company do a decent job of getting us to invest in Ethan and his quest to rescue Shaun. I personally didn’t really care much for the other characters in the game, but as mentioned earlier, the struggle to save Shaun from a watery grave kept me playing until the end, and it’s for that reason Ethan makes this list. 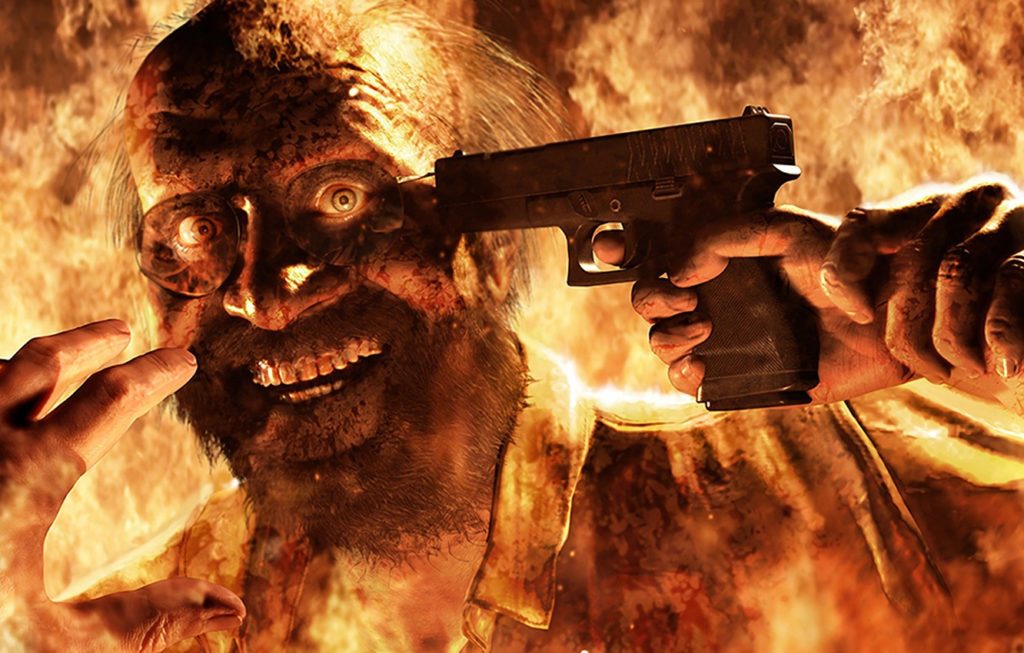 Most of the dads on this list have been included because they are examples of how to do parenting right or because their desire to be good parents is a huge part of their story. Jack is on here because he is a murderous, swamp-dwelling monster that just so happens to be a committed father, albeit in his own twisted, black gooey way.

Right from the game’s Rob Zombie-inspired opening, it’s clear the Baker clan and their sizeable estate could be ripped right out of The Texas Chainsaw Massacre or a similar tale of a family that bonds over their mutual love of murder and cannibalism. Family is a major theme throughout Resident Evil 7 and it plays with the formula in twisted ways that are best illustrated by the Baker patriarch.

Jack is a great antagonist. Taking a lot of notes from the Resident Evil bad guy playbook, with his habit of appearing out of nowhere at the worst possible time or taking on several grotesque boss forms before agreeing to finally die. What separates him from some of the other noted nasties in the series, however, is how gleefully he leans into his role as head of his brood; his role of “Daddy.”

There’s something unintentionally hilarious about such a formidable and terrifying enemy having to deal with his bickering children or an overbearing wife. It’s why I have always thought his cries of “No one loves me!” were some of the best in his extensive repertoire of quips.

Yes, Jack is a hideous monster. Yes, he is a formidable foe and a great addition to the Resident Evil B.O.W pantheon. But what makes him a great gaming dad, is if you scratch the surface, you can see that in addition to all of those things, he’s just a regular middle-aged father that deep down probably only wants some peace and quiet.

So, there you have it. By no means is this an exhaustive list, just a few of my favorite fathers in horror games. I would be really interested to read some of your suggestions in the comments below. Oh, and once again, special mention to Octodad.