Spoiler warning, this article mentions a few RE universe spoilers, ranging from Resident Evil: Revelations, Revelations 2, Gaiden, RE5, RE6, and RE7. You have been warned!

So there’s a lot of controversy surrounding ‘Chris Redfield’. A whole swath of fan theories are pegging the character that appears at the end of RE7 being anyone from a clone of Chris Redfield, to HUNK impersonating him, to even more outlandish theories like Albert Wesker impersonating him. There’s still a lot of people who believe that Capcom, and the end of the game, have been 100% on the up and up, and it’s the real Chris, who’s both gone through a major facelift, and a complete change of heart (now working for the super-duper evil Umbrella Corps. turned Umbrella Corporation). 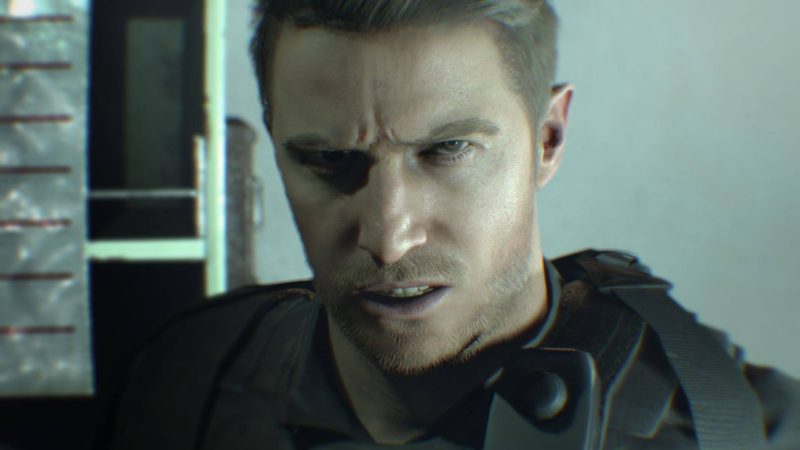 Personally, I would be stunned if it turned out to be Chris, especially seeing how so many other mysteries still pervade RE7‘s plot (there’s tons of discussion as to whether Ethan is the previously thought dead Ethan W., a former Umbrella Corporation researcher which would explain his generally calm demeanor in the face of sheer terror, and did you know that it’s actually starting to look like Clancy Javis, the Sewer Gators cameraman may have survived?), but this really isn’t anything new to RE.

There have been tons of instances in which RE has shown off a character, and everyone’s gotten the wrong idea about who they were due to a lack of information. There was that time everyone was convinced a character named Allyson (who has virtually no impact on the plot of Resident Evil 5) was going to turn out to be Sherry Birkin, or when there were rumors the blonde woman shown in RE6‘s trailer was going to be Ashley Graham from RE4, but then she turned out to actually be Sherry, or that time there was some hubbub about the possibility of Resident Evil: Survivor‘s hero, Ark Thompson, returning in Revelations 2 basically because I think Capcom forgot that they already had a character with the surname Thompson, and so on. But there’s one instance that’s actually hitting pretty close to home, like, almost down to a T.

When Resident Evil: Revelations was revealed as an exclusive game for the new Nintendo 3DS at E3, fans were simply going nuts. The trailer was incredible, showing a beaten and defeated Chris sitting tied to a chair, explaining how he’d messed up, mixed with dramatic imagery of Chris and Jill fighting actual zombies aboard what appeared to be the Spencer Mansion from RE5 built into a cruise ship, and HUNK fighting off a tentacled monster in the lower inner workings of the ship.

It all ended in one of the most interesting teases in RE history, as Jill Valentine comes and… points a gun to Chris’ head, only to be held at gunpoint by… a second Chris. Yeah, the two squared off, pointing guns at each other, as the Chris in the chair sat in the foreground. The bound Chris then speaks in an ominous Australian accent (a sentence I never thought I’d write), saying “It doesn’t matter… you’re already…”.

Yeah, so fans simply exploded with theories and thoughts and debates and what not. Has Chris been cloned? Is Chris evil, or is someone impersonating him? Who is the guy tied to the chair? Is it HUNK, made up to look like Chris? That was one of the ones I heard a lot, since HUNK was shown elsewhere in the trailer as well. Nevermind the fact that HUNK has had a voice before, both RE2 and The Umbrella Chronicles at the time, and he sure as hell didn’t have an Australian accent.

You might’ve noticed how familiar all of this is.

In the end, all of us ended up being wrong, as the trailer was actually a proof of concept teaser, and pretty much nothing from it ended up in the final game. We do end up playing as Chris and Jill in Resident Evil: Revelations and the majority of the game does take place on a ship, but that’s about it. There is a ‘Chris’ tied to a chair, but instead of being a mysterious Australian man who looks exactly like him, it turned out to be a mannequin that looked like him but with a lower polygon count. No zombies, no HUNK, no mansion (parts of the ship are fairly ornate looking, but none actually look like a mansion), and no betrayal.

The idea that RE might be pulling ideas from scrapped plots is also nothing new. The original 1996 Resident Evil was planned to have a subplot involving the designer of the mansion, George Trevor, and his family; eventually those ideas were reworked and explored in the 2002 REmake. Lots of RE4‘s scrapped plot elements from previous versions (a tentacled monster chasing the player, the return of Oswell Spencer, and the return of the Progenitor Virus) made their way into the final version of RE5, and it could be argued that RE4‘s infection/hallucination elements informed RE7‘s plot as well.

Oh, and even though RE: Gaiden came out and everything, it was panned by critics and is often sighted as being one of the worst games in the brand, so it was scrubbed from RE canon (despite being written by Code: Veronica‘s director, Hiroki Katō and overseen by series creator Shinji Mikami). However, many of Gaiden‘s ideas have since been reworked into existing canon anyway: the idea of an anti-Umbrella force (seen in The Umbrella Chronicles, which becomes the basis of the BSAA), the concept of Barry escorting an infected girl who he then offers to adopt at the end of the game, not to mention being the O.G. boat game in the series, even before Dead Aim, and it was even the first RE that had enemies drop items upon death. 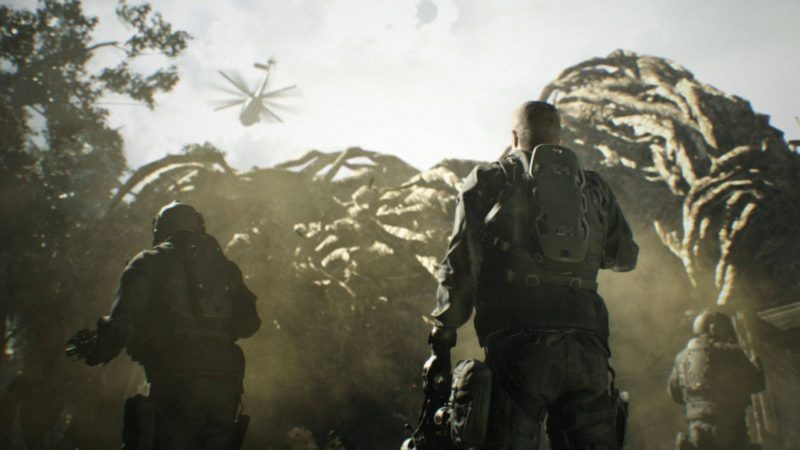 On top of all of this, it’s also worth noting that as I draw comparisons between these ideas shown off in Revelations‘ first trailer, and the mystery that surrounds RE7‘s ending, guess who directed RE7. Yeah, it’s Koshi Nakanishi, who also directed Revelations.

Who knows where RE7‘s plot-line is going. Maybe I’m wrong and it really is Chris gone rogue, or maybe it’s something more sinister. We’ll find out soon enough with the spring release of RE7‘s DLC chapter Not A Hero. But I thought it was worth remembering that we’ve all already been here before, except last time, it was just a trailer.