Hey everyone. This series is about games that have creepy aspects throughout, or in a particular portion. Some games have something creepy about them whether it be a level, character or theme. In this series, I mention them.

I’ve decided to go back a few years and talk about one of my favorite games of all time. The game is Breakdown. I’ve always stated that this game deserves a sequel, and discussing the horror elements within the title will hopefully let me vent my frustration in never seeing one. 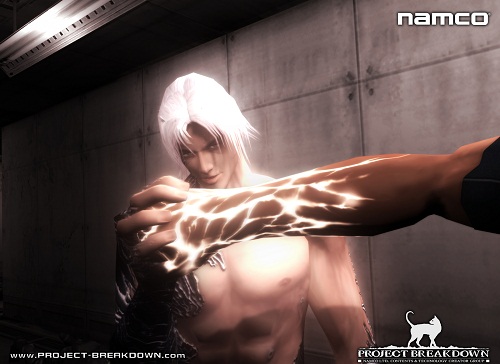 Breakdown is a psychological thriller JFPS with a lot of unique elements unseen in other FPS titles. This game was deep, mysterious, emotional, and fun as all hell. Director Masataka Shimono made a unique title that will sadly never get the sequel that it deserves. Breakdown released in 2004 for the Xbox and was published by Namco. While it did not get all positive reviews, I loved its mind twists and complex story. This engrossing title stole my interest so many years ago, and I find myself going back from time and time again. 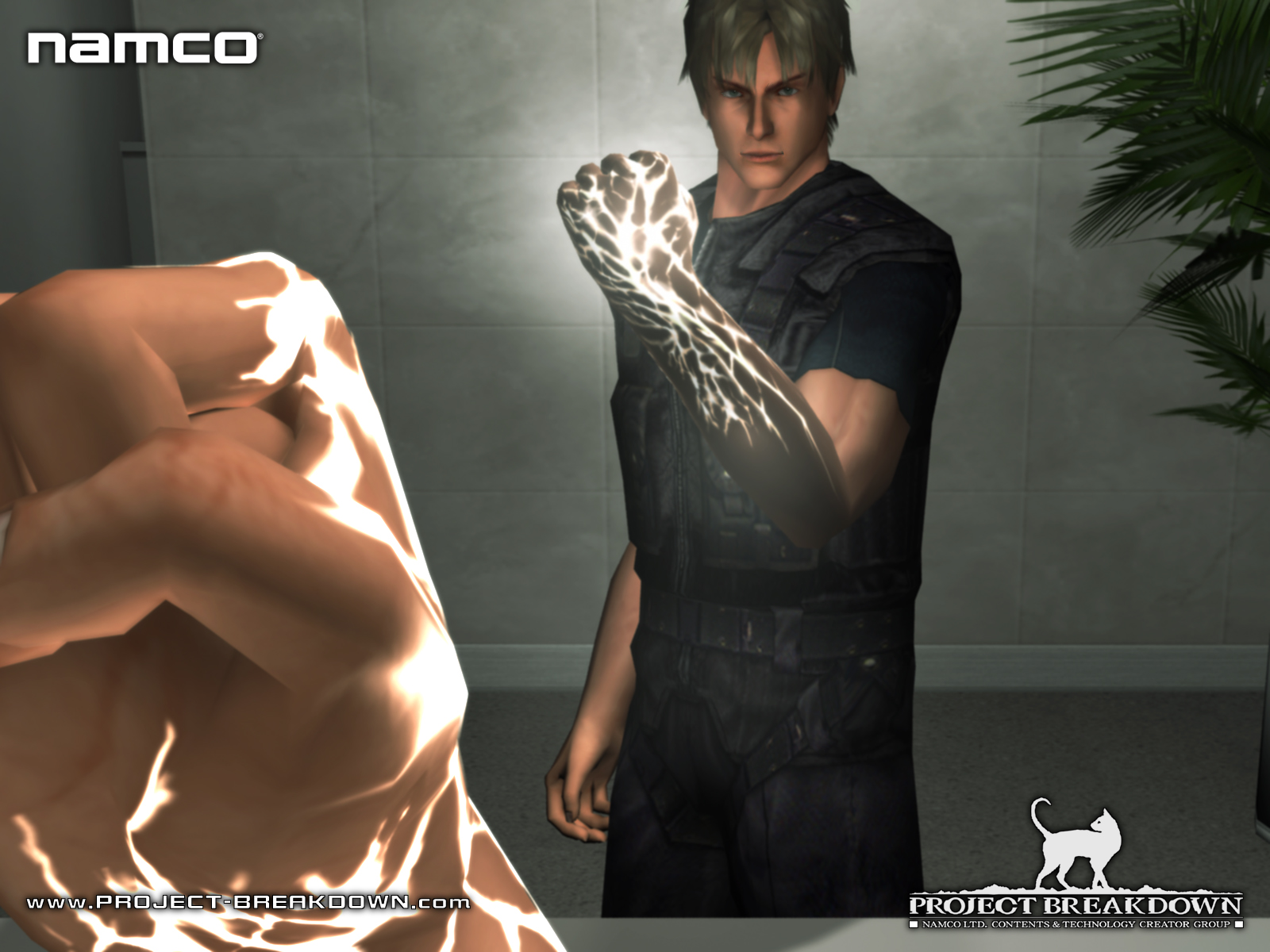 You played as the only survivor of an experimental super soldier program. As Derrick Cole, you awake in an underground facility in Japan with no knowledge of who you are. From the get go, you notice that the entire game is in first person. Punching, kicking, shooting and even eating is all done from the eyes view. The game does an amazing job of putting you into Derrick’s head. Every action requires a prompt. If you wish to pick up health, an item, energy or ammo, you have to actually set up the situation. Derrick must extend his arm to pick it up, then continue with the task of grabbing said item. It may seem cumbersome, but it’s a take it or leave it form of first person immersion.

Derrick isn’t a deep character with a lot of feedback, but he does speak. I guess the developers thought it would be an way easy to force the player to feel like they were Derrick. Shortly after the tutorial level, you are drugged with a delicious looking burger and a can of a Coke-like juice drink. In a haze, you see a woman warp into reality moving backwards in time and then a break-in occurs. Before unnamed soldier can take you down, the woman reappears moving in normal time and she quickly dispatches the soldiers. 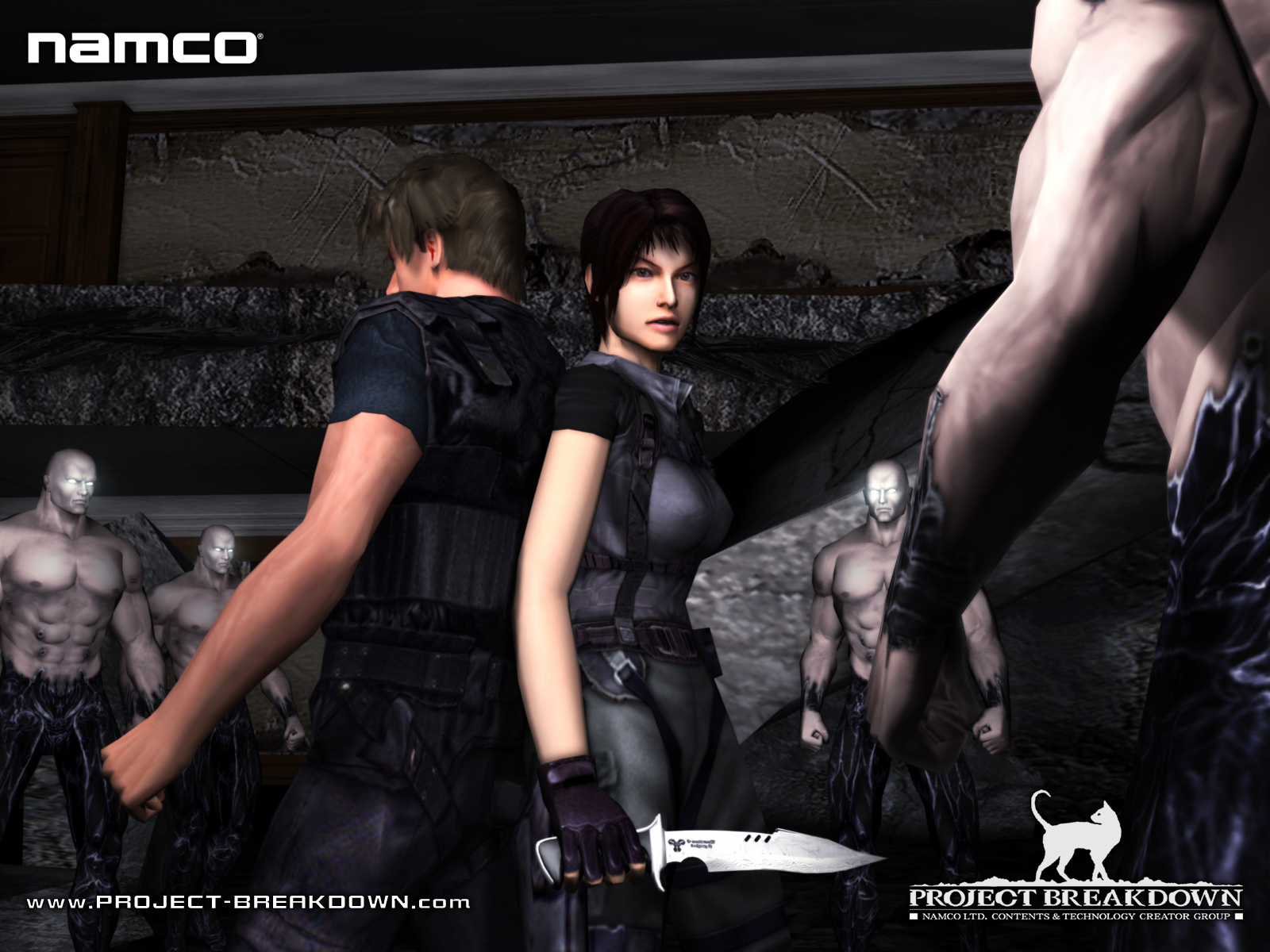 There is a war going on between humans the alien T’lan. These hulking organic-cybernetic creatures look humanoid, but are far from such. Derrick’s new friend Alex saved him, and tries to remind him of what is going on, but you are as clueless as your protagonist. Alex has been sent back in time to rescue you. She is surprised to find that you have no recollection of who you are. You soon find out that Derrick is the only survivor of mixing T’lan DNA with a living human being. Scientist extracted T’lan DNA which they concentrated into T’langen and Derrick was the only host to adapt to it. Derrick’s amnesia is also the result of the harsh experiments.

Throughout the game Derrick’s powers start to manifest in the form of glowing white veins extending up his arms. Breakdown is a First Person Shooter / Brawler. With these powers, Derrick can lay waste to enemies with his hands and legs. You may be thinking that this can’t possibly be a creepy game if you have mega-arms, but it is. The environments in Breakdown are cold, sterile and desolate, that for a last gen game look real and unnerving. The graphics while slightly stylized, are realistic and clean. The later levels also bring you to the dark world populated by the T’lan. Here things are black and lifeless; organic looking environments layered with almost cyborg-ish flesh become the norm. Let me not forget to mention the random occurrences where reality seems to break-down in front of Derrick, and only to him. These moments are marked by the appearance of a cat. One little meow, and it breaks away as does the following path: mind screwing at its best. The true reason behind this cat will provide an amazing twist. 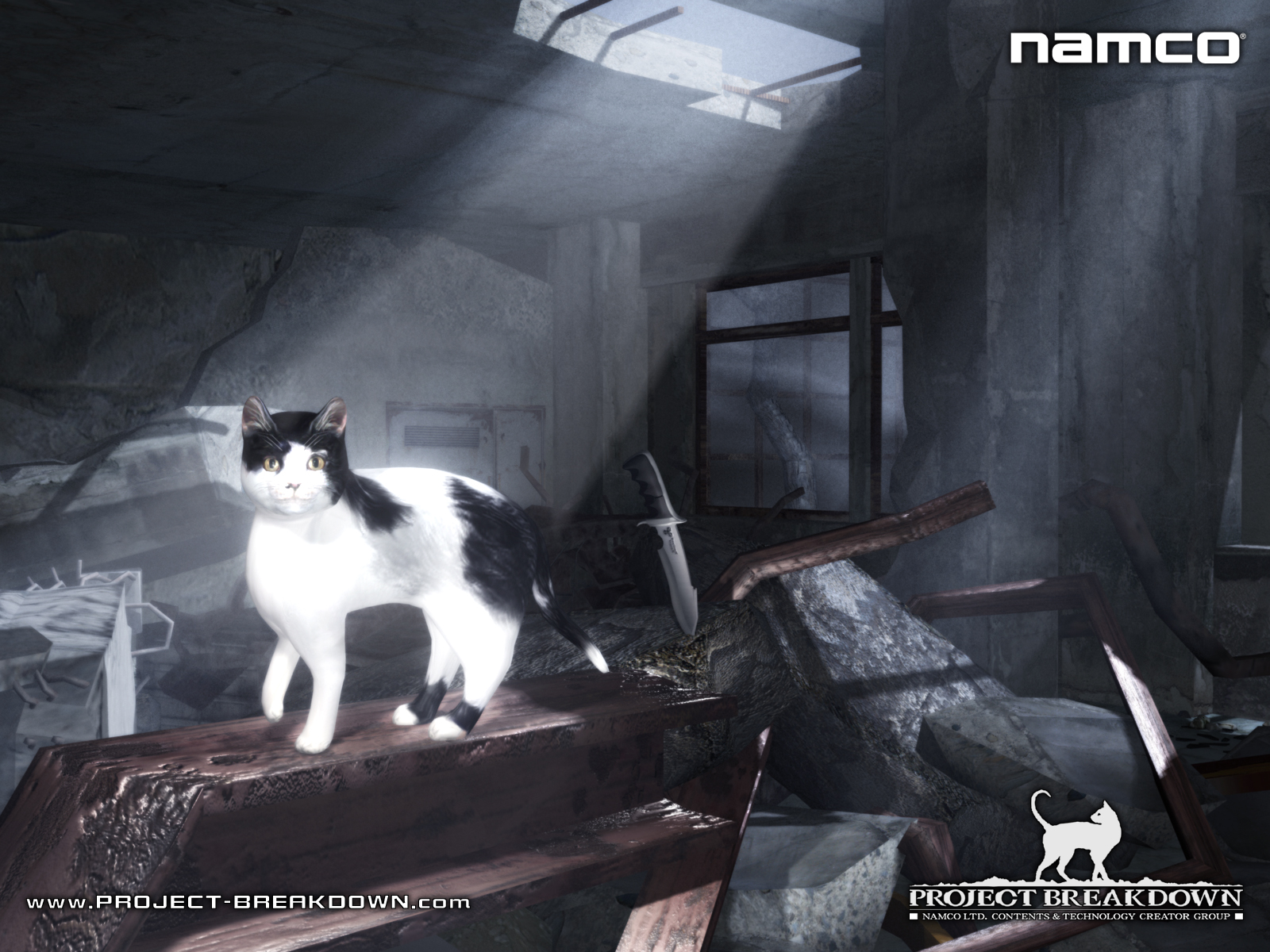 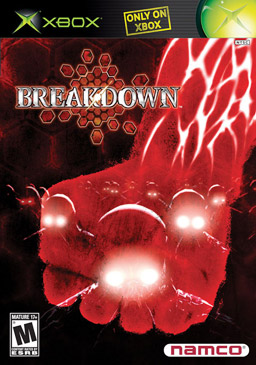 Not only are the environments unnerving, but the enemies. They lack any personality. Hulking bald men with no expression or souls lumber around killing all humans. The first few levels make you powerless against them. Solus is the embodiment of the T’lan leader Nexus; his first appearance is a sign of future scary encounters. The game has fantastic pacing. From the start, pure survival is key, but as you progress within the story, you become a more powerful opponent against the T’lan. I loved how these power-up moments occurred. They felt well written and not forced.

The entire story of Breakdown is just fantastic. The game swings through time, reality, and worlds. The story is a thriller at its best, but the environments and scenarios evoke a real emotion that I have not felt in many games. It’s not the monsters or gore that makes this game scary, in fact, I don’t recall much gore at all. It’s the ambiance of the entire game. It just feels authentic yet foreign. This was an overlooked gem on the first Xbox. The story alone will leave your jaw wide open and heart in yearn for a sequel. I have tried to contact the director in hopes he can shed some light on the game, but nothing yet. I at least hope this article will drive some of you to check out this fantastic title. It truly only suffers from some small control issues and difficulty.