Some Concerns Over The Evil Within And The Mainstream Horror Genre 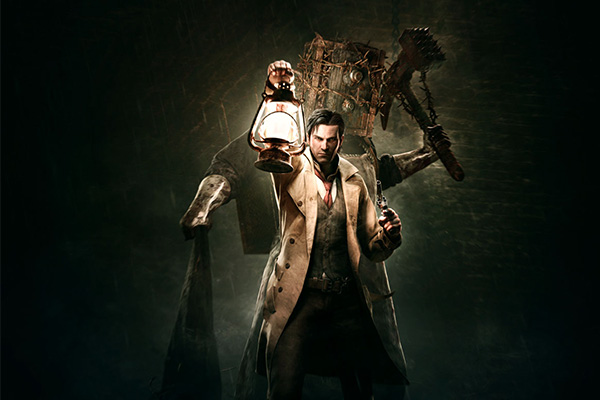 The Evil Within looks stellar. It’s being called a Resident Evil and Silent Hill hybrid. A game that could give mainstream horror its balls back. With Shinji Mikami behind it, as well as members of the team responsible for what is, in my opinion the best Resident Evil game, the remake of the original, it sounds like a perfect recipe for exactly what the AAA horror scene needs: a damn decent horror game. However (there’s always a catch), some recent footage of TEW from E3 has sparked a concern in my mind and I feel I need to voice it. It’s not just with TEW, but I’ll get to that later. Before we go any further, let me state that I think this game looks awesome. I want it to succeed, hard.

Getting down to business, there is a small clip in some E3 game-play that shows us Sebastian, TEW’s protagonist, in some kind of medical chair. When he sits in it, a menu pops up that allows the player to expend currency to upgrade him. Everybody loves them some good upgrading in video games, but when it comes to horror games, this concerns me. The very essence of ‘upgrading’ your character means empowerment, having the abilities to kick-ass and not be afraid. TEW though is a horror game, which means it’s supposed to scare and disempower us. I’m not saying that a horror game shouldn’t allow you to get stronger, I’m all for upgrades, but if the opportunity to become Rambo exists, the game ceases to be what it set out to become. 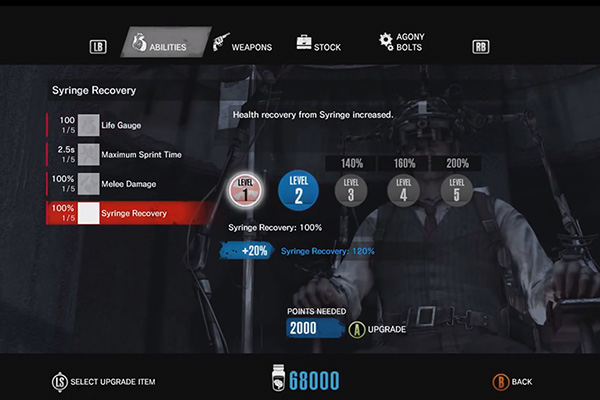 Looking at the menu, the player has options to upgrade maximum health, sprinting time, melee damage and syringe recovery (which I think is safe to assume that means your restorative items work faster). There’s also a sub-menu to upgrade weapons, stock, and agony bolts. Basically, it sounds like you can turn Sebastian into a killing machine by doubling the effectiveness of all of his stats. It’s completely possible that having your melee damage at 200% over 100% still won’t be enough to one-hit enemies and such, but we can’t confirm that until the game comes out. Perhaps the upgrading is slight, at best. This entire thing could have me worried for no reason at all, and that would be great!

There are a few other things about TEW that scare me (for the wrong reasons). Other than the upgrading, I think we’ve seen too much of the game already. We know what a lot of strong monsters look like, such as Box-Head, the chainsaw maniac, spider woman, and the Nemesis-like ghost, Ruvik. There is backtracking, but it sounds like it’s limited to multiple hubs throughout the game, which could mean the backtracking/exploration will be only a few rooms or halls. The over-all design of the game seems very in-your-face and derivative of other work (which is odd for a game claiming to be original and bringing survival horror back); there are a lot of loud monsters (Silent Hill 3), ones large enough to pick Sebastian up with one hand (Resident Evil 4), massive, desensitizing amounts of blood (Dead Space), and an insane asylum level and Resident Evil 4-ish villages. It’s completely debatable if the game has revealed too much of itself, but again, this is only my opinion.

Fellow RoH writer Zack played TEW at E3 this year and you can read his impressions on the game. The demo he played alleviated his concerns and left him with high hopes, but from what I re-call, the upgrade system wasn’t useable, yet. 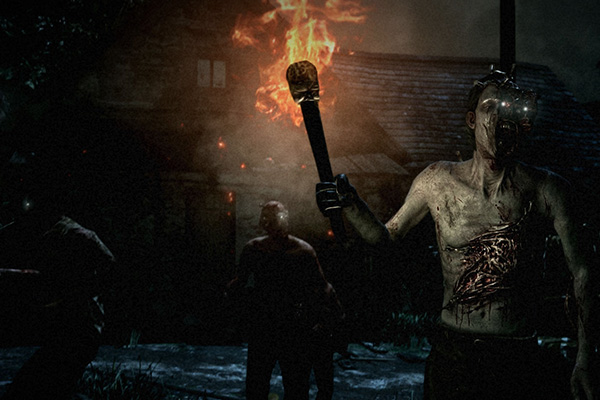 Normally, these aspects would not worry me about a horror game, especially one from Shinji and his team. The reason that they do, though, is that we’ve all seen this before. Dead Space and its sequel are some of my favorite action-horror games out there. Keyword, action. They built a large universe with a ton of opportunities for expansion and enrichment. But Dead Space 3 had to go and fuck that all up because it was no longer in the action-horror genre – the horror completely dissipated.

To stop myself from going on this tangent again, I’ll skip why I hate DS3 and get to the point. It killed item management and made all ammo universal. But its biggest killer was the upgrade system. You could create your own weapons, which was really cool, but it turned into a co-op shooter where two dudes blasted away everything in sight with machine guns, explosives, electricity, and other death dealing mechanics. This would have been great in chunks, with pacing. But after a certain point, the game was no longer challenging, and it was never scary because it empowered the hell out of players. Nothing presented a threat, therefore there was nothing to fear; that’s when the horror poofed. Don’t get me wrong, it’s a fun game for co-op and killing things, but in terms of story and horror, which were some of Dead Space’s best aspects, it fails.

What other series also left behind horror in favor of empowerment? 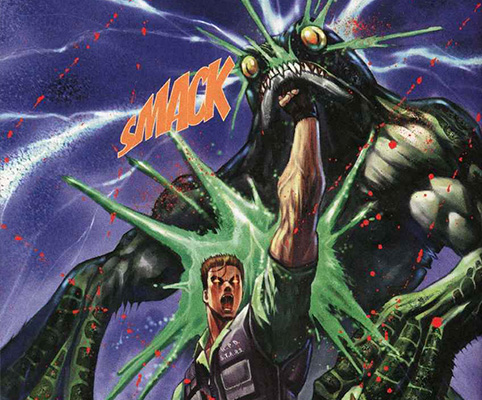 It’s rumored Chris once punched a boulder just as hard.

For those unfamiliar, that’s Chris Redfield from the Resident Evil series, performing an over-exaggerated punch, which has become a running gag ever since the 5th game in the main series. Dead Space became an action game, Resident Evil became an action game, and even one of the Silent Hill games, Homecoming, attempted a focus on combat, and it’s widely considered the worst game in the series. It’s possible the recent releases of some of my favorite game franchises simply has me paranoid.

The initial gameplay footage we saw of TEW had Sebastian running in terror with a leg wound from the chainsaw-maniac and taking careful pot-shots to down zombie-like enemies with as few bullets as possible. Even after some were on the ground, he still had to burn them to make sure they stayed dead (a feature from the remake of Resident Evil that I’m glad to see make a return). The environments, while familiar, are beautiful – and hallucinations seem to keep players on their toes. I am excited for TEW, but that one screen of upgrade opportunities gave me a bad feeling.

I hope I’ve expressed how badly and necessary it is that TEW succeeds as a horror game and keeps the empowering moments down to a minimum, a very bare minimum.

What do you think? Is TEW one of the more original horror titles you’ve seen in a long time or does it seem to resemble too much of the past? Are you worried about it or feel no concern at all? Let’s talk in the comments below!